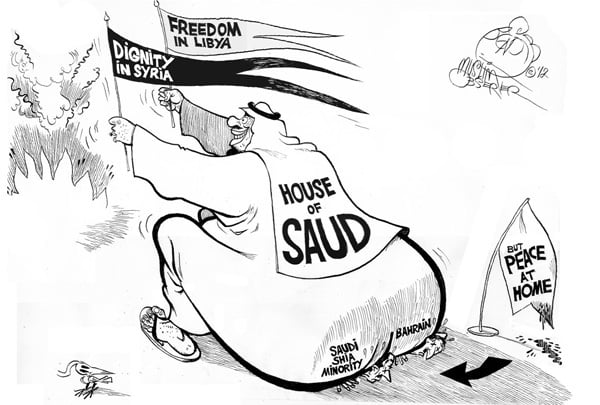 What kind of planet is this?!

Jerusalem – sacred to four billion Christians and Muslims and a relative handful of Jews – is being crucified by the Zionists and their freemasonic allies. As I write the Zionists are staging a new round of cruel provocations at the al-Aqsa Mosque, the launching pad for Muhammad’s journey through the heavens and the oldest and greatest architectural monument in Islam.

The Israelis are trying to trigger a new intifada…and perhaps a wider Mideast war. Under the “fog of war” they could accomplish their announced and admitted goal of finishing the ethnic cleansing of Palestine by mass-murdering or expelling millions more Palestinian Muslims and Christians. And they might even hope to seize the remaining lands they believe God gave them: Everything from the Nile to the Euphrates.

The Zionists, through their sayanim neocon puppets, have already unleashed a series of wars against Middle Eastern nations that has ethnically cleansed most Christians from the ancient home of Christianity. Yet the world’s Christians, inundated by Zionist-dominated media, have been trained, Pavlovian fashion, to blame Muslims.

The world’s four billion Christians and Muslims collectively constitute a clear majority (57%) of the planet’s population. Yet they have been crushed and occupied, and their co-religionists genocided, by a movement purporting to represent fewer than 15 million Jews, the majority of whom are not even religious.

Obviously it is past time for the world’s four billion Christians and Muslims to liberate Palestine from the Zionist lunatics.

Meanwhile, in the deserts of Arabia, another band of bloodthirsty maniacs is busy desecrating Earth’s other biggest sacred site – the haramayn consisting of the twin holy cities of Mecca and Medina. The Ibn Saud family’s misrule has been responsible for countless atrocities against these sites, including the recent stampede that killed more than 2,000 people according to the latest estimates. New reports suggest that a royal convoy caused the deadly stampede:

The corrupt, despotic, laughably incompetent Ibn Saud family, which bombastically appends its disgraced name to the land of Arabia, is incapable of governing a hamlet of tents in the desert, much less an oil-rich modern nation. The Ibn Sauds have bulldozed virtually all of the historic buildings of Mecca and Medina. They demolished the house of the Prophet Muhammad’s beloved wife Khadija and built a public toilet on the site.

As Mecca’s leading modern chronicler Ziuddin Sardar says, “The Saudis have turned Mecca into Disneyland” and “erected a grotesque metropolis, an eruption of architectural bling.”

While claiming to lack the resources to keep the Great Pilgrimage safe, the Ibn Sauds have plenty of money to finance ISIS and bomb Yemen to smithereens with expensive new toys including Israeli nuclear weapons. They have more than enough money to pay for their nonstop gambling junkets, top-of-the-line brothels, and hopping from one den of decadence to another via private jets. They have stolen more than enough loot to prop up the declining Rothschild Petrodollar while squirreling away billions in their Swiss bank accounts.

The ongoing desecration of Earth’s holy places by the very worst people on the planet is a complete and utter disgrace. If sentient aliens are watching us, our inexplicable unconcern as our planet’s holy sites are desecrated will surely condemn us, in their eyes, to “failed species” status.