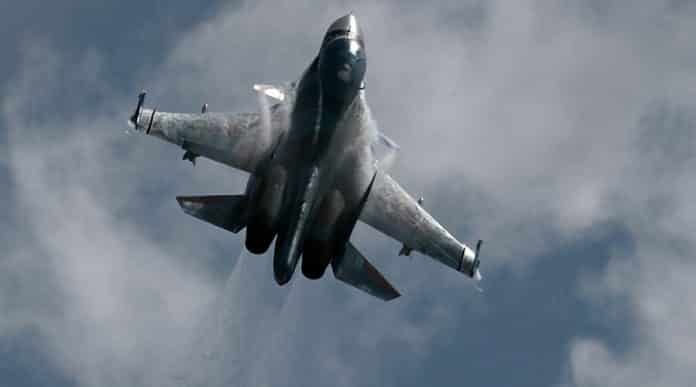 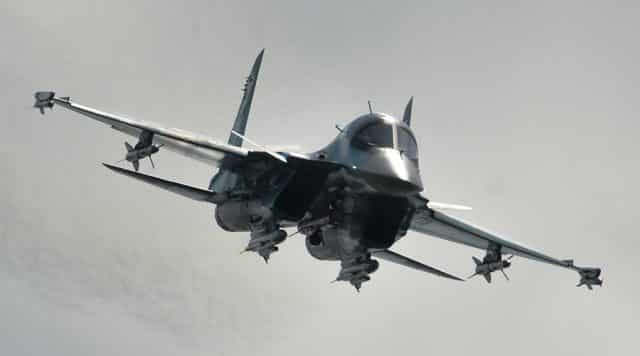 [ Editor’s Note:  Russia continues to roll out its bombing campaign, putting on display for us all the systematic destruction of terrorist infrastructure prior to a ground offensive by the Syrian army in the future.

The US coalition is fuming at the elimination of its non-IS terror groups that it would prefer to be left untouched to continue their terror rampage while fighting the Syrian Army.

What is at stake here is the potential retreat of these terror groups, but where would they go? Turkey would be open, but it would hurt terrorist recruitment if they went there. And if they moved into Iraq, they would of course create more problems there, but they would be more out in the open for air strikes.

We have seen the Russians already take out one retreating convoy in Syria, something the US coalition rarely seems able to do, despite its expensive total battlefield surveillance, which the taxpayers have funded with deficit spending.

Once the main ground assault begins, and the IS fighters know their ammo dumps are gone, including hopefully their TOW missile stockpiles which they have been saving to destroy the Syrian armor, they will need continuous supply columns from Turkey and Saudi Arabia to sustain them.

The Russian air power will then switch to hunting and destroying these columns en route, plus giving close air support for the Syrian Army. Will the Saudis and Turkey commit their planes to air cover for their terrorist units in the field? Will the US?

The White House and Pentagon have already made ridiculous statements about the Russians not playing fair by attacking their terrorist proxies. Will the Israelis commit their planes? Would anyone dare to attack the Russian and Syrian airbases with planes or missiles? How would Russia respond if someone actually did?

The big joke here is we may see the Russians tip the scales of the battle significantly at a tiny cost to what has been sucked out of the American people for their make-believe US effort, which still seeks a military victory over Assad.

What will the American people have to say about that when they figure out, those still asleep, that much of the War of Terror has been corporate welfare to some of the major defense companies? Thank you Mr. Putin, for finally doing what others have been paid to do, but chose not to do… Jim W. Dean ]

Three depots with munitions, arms and material assets have been eliminated with pinpoint strikes. As a result of direct hits from KAB-500 air bombs, installations and munitions have been taken out.

Four command centers of Islamic State have been attacked with BETAB-500 bunker-busting air bombs, the ministry says. All four installations have been completely destroyed.

In the vicinity of Al-Tabqa in Raqqa Province, Su-34 bombers attacked an Islamic State training camp and an arms depot on its territory with KAB-500 bombs. The airstrike resulted in multiple explosions of munitions completely destroying the target.

According to the estimates of Russia’s General Staff of Armed Forces, the airstrikes inflicted on Islamic State installations in Syria have disrupted the command system, inventory and logistics of the terrorist organization. The infrastructure used to stage terror attacks in Syria and Iraq has also been severely damaged.