Home World Cameron and Obama versus Putin the “Dictator” 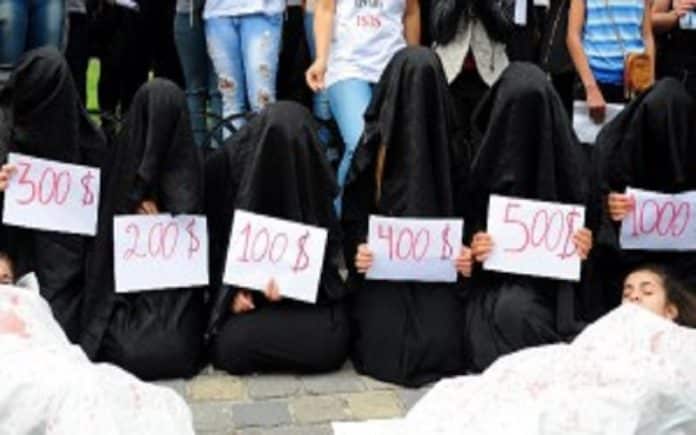 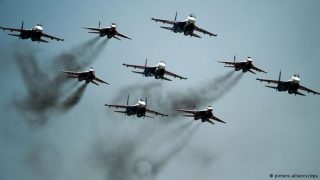 On the 30th of September the world as we have known it for the last four years since 2011 changed overnight. A carefully planned counter attack against ISIS in Syria began with Russian air raids on ISIS strong holds.

The large majority of people in the West… (those who watch CNN, Fox and BBC, those who actually pay to read the tabloid press where seemingly independent newspapers on news stands from Kiev to Paris, London to New York, Boston to Los Angeles, Toronto to Vancouver and back again, paid lip service to the tag lines and outdated rhetoric that has been associated with Russia since the beginning of the Cold War) …like parrots spewed out the same garbage in the comments sections across the Internet. Recognize any of these?

The Russians are coming.

Russia is a Hegemon.

Putin is a KGB thug.

Putin is a dictator.

Those few who neither watch nor read any of the above news outlets because they have over time educated themselves, think for themselves and know fully well that the Main Stream Media by and large is a propaganda machine controlled by Murdoch Media with CIA operatives embedded in the system to make sure that the “party line” is churned out ad nauseam, gave up on them a long time ago.

In the last five years I have acquainted myself with many individuals and groups across the globe who have taken it upon themselves, mostly without any financial reward, to start their own “news” and work together in a loose and creative fashion to share and spread truthful, honest and accurate reporting as best they can find it. After all, this is the credo of any good journalist isn’t it? Many specialize in deconstructing the lies dished out to people in the West that have upheld a heinous and despicable covert operation whose ultimate aim is to overthrow Assad in Syria, balkanize the country and turn it into part of a greater Wahhabi extremist caliphate with no religious tolerance and where women are subjected to medieval and barbaric restrictions.

Anybody who has kept up with what has gone on in Syria is well aware that there is no Free Syrian Army and there never was. That the “opposition” to Assad has been created from outside of the country, Muslim Brotherhood affiliates funded, educated and trained by Saudi Arabia in Europe, Jordan, Gaza, Pakistan, the Caucasus, and that contrary to the falsified headlines, Assad has actually been voted into power by the Syrian people themselves.

They are also aware that the “Arab Spring” that took place in Damascus was part of a“color revolution” and that snipers were used to shoot at both the protestors and the police  alike in order to set up a situation of violence where Assad could be more easily overthrown. A situation later duplicated in Kiev in Ukraine.

Any and all accusations against Assad, which I might add have proven to be mostly false,  pale in comparison with the atrocities that have been committed by the bought and paid for rebel groups by whatever name you should choose to call them. They are all part of the Wahhabi Muslim Brotherhood Sunni faction. As Lavrov recently stated, “If it walks like a terrorist, talks like a terrorist and acts like a terrorist, then it is a terrorist.” That would include bombing hospitals in Afghanistan run by Doctors Without Borders and killing innocent civilians in Yemen with drones!

What is a terrorist? Anyone who attacks, tortures, abuses and kills unarmed civilians. The documentation of the crimes committed by these terror groups in Syria and Iraq is vast. You tube and Liveleak are full of their atrocities. The words “Allah Akbar!” still rings in my ears, with madmen lining up hundreds of Syrians and Iraqis at a time and shooting them at point-blank range in the back of the head. Some even proudly ate the organs of their victims, others were shown teaching little boys of five how to chop someone’s head off.

The worst of it all are the thousands of women and children who have been abducted, sold on slave markets and sexually abused. All in the name of religion. Not Islam in its true interpretation, but Islam as interpreted by the Wahhabi sect where slavery, torture and sexual abuse of little girls as young as nine is condoned and they have been repeatedly raped. Who speaks for them? Not Obama or Cameron I can assure you. Certainly not the Saudi or Qatar Royals. Definitely not Erdogan or Bibi.

All these atrocities which Tony Abbot bravely pointed out as being worse than Hitler, have been funded by Saudi

Arabia, Qatar, Turkey, Israel, the United States of America and Great Britain. Because… Assad must go. The end as far as they are concerned justifies the means. It seems the outdated 19th century macabre, Gothic,  Decadent fashion statement carried over into the 20th century justifying criminality with “do what thou wilt,” is still seeping into the 21st. A creed that has become the dictum of the Pentagon.

It is not Assad who needs to go.

I and many others who do not watch CNN, BBC or Fox News have sat horrified as this carnage played out with little to no action against it coming from NATO, the United Nations and the Western Powers. We watched in disgust as ISIS was allowed to run rampant across a sovereign nation destroying everything in its path.

Finally after the Iran Nuclear deal was signed and sealed, Vladimir Putin made his historic speech at the UN on the 28th of September to resounding applause. Finally someone stood up to the insanity and called it out for what it is. He asked a simple question:

“What is the Meaning of State Sovereignty?”

The fact that Britain, Europe and the US either by direct involvement or by silent consent has done nothing in the past four years to put a stop to this holocaust, because that is what it is, fills me with utter contempt and disgust.

As things have developed over time, it has become clear that their intention has been to use these proxy armies of Wahhabi extremists to overthrow Russia in yet another “color revolution” and balakanize the country sharing out the spoils of their victory with the major corporations who have funded and are behind the Pacific Rim TPP and the sister TTIP agreements with Europe that they are attempting to pass through legislation.

When Russia started bombing ISIS strongholds in Syria I felt a great sense of relief and gratitude. They have achieved in almost two weeks what nobody in the West pretended to accomplish. And it was pretense. They had no intention whatsoever of ending the war in Syria or bringing the culprits to book. If anything they have been training them, funding them and supplying them with arms and supplies which in the years to come they will extend into Eurasia.

Now Putin is called a dictator and a hegemon?

Here are some recent headlines, I think they speak for themselves. That anybody in their right mind could believe that Europe, Britain, Canada and the US are acting in the interests of International security within United Nations guidelines is beyond me. If anything they are itching for World War 3 with China and Russia. That anyone in the West has not woken up to the Corporate Fascist nature of their own governments by now, with bought and paid for politicians who are mere puppets put into power by their puppet masters, and still parrots the propaganda that is dished out to them, is beyond contempt.

The CIA and the Media: 50 Facts the World Needs to Know

The Final Leaked TPP Text Is All That We Feared

The West is NOT “Capitalist.”It is Corporate Fascist!: “The Biggest Protest This Country Has Seen In Years” – Quarter Million Germans Protest Obama “Free Trade” Deal

The West is NOT “Capitalist,” it is Corporate Fascist: The Endgame Takes Shape: “Banning Capitalism And Bypassing Capital Markets

Where Will the Stinger Missiles McCain Gave al Qaeda Show Up?

Saudi clerics call for supporting the war against the governments of Syria, Iran and Russia and  “holy war” against Shia Muslims and Christians .

Where is Israel in Syria conflict? According to reports from Veterans Today this question is answerable- Fight side by side with Israel IS militias?

ISIS in Afghanistan: Proxy War against Iran and China

Brzezinski Calls For ‘Retaliation’ Against Russia For Fighting ISIS

Ziggies poison spills into the 21st Century: Ex-Head of MI6 Calls for Pragmatism and Talks Over Syria

Viral Video Claims To Prove US Support Of ISIS In Iraq

Confirmed: F16s Flying from US Base in Turkey Attack Aleppo. 9 Israeli drones downed over Daraa