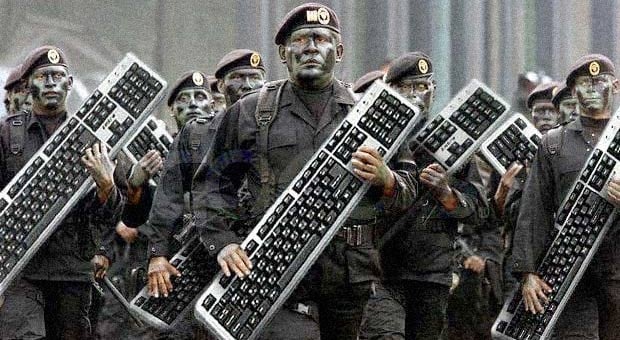 “If the United States is pushed out of the Middle East, it is not going to survive“…Zbigniew Brzezinski, CNN interview

It has been quite a show watching panic set in at the Pentagon, White House and NATO, as the modest Russian air campaign began tearing up the terrorist infrastructure in northern Syria. Forty percent is claimed to have been destroyed the first week in preparation for a Syrian ground offensive, which has now started.

As Russia has fully complied with all international legalities, which the Western coalition has ignored, it left the West with only more lies and deceptions to protect its terror brigades inside of Syria.

What our military experts see is the classic degradation of logistical resources that could help the terrorists put up a sustained defense. Nothing kills fighting morale quicker than to see your lack of air superiority exposing your command centers, heavy weapons and ammo dumps to systematic destruction.

Stage two came very quickly, where multiple car bomb assembly facilities were taken out. Those weapons were prominently featured in many attacks against the Syrian and Iraqi armies, where sometimes up to a dozen were used, as happened in Ramadi, Iraq, which panicked the defending troops into running away as one check point after another was quickly blown up via armored car bombs.

We can expect the US TOW missile storage facilities have also been hit before they could be dispersed to new, smaller hiding places not on the Syrian Army’s known target lists. Most of these were being saved to destroy the Syrian armor at an opportune time, like the offensive that Syria is rolling forward now.

While we were in Damascus in mid-September, getting and giving a series of situational briefings, without revealing any operational Intelligence, they did let us know that they had had plenty of time to learn everything about their terrorist tormentors operations.

Combining that detailed on-the-ground Intel with what the Russian air force units could bring to bear gave the joint Syrian-Russian commanders everything they needed to know to not only reduce the terrorists’ fighting capacity, but to do so at the lowest cost in terms of sorties and munitions.

With much the terror command structure and ammo dumps destroyed, the Russia air sorties will become available for attacking resupply and retreating enemy convoys and then close air support for the attacking Syrian army. Infantry just love to attack with artillery and close air support, and that is now happening.

The beginning of the ground assault was kicked off with a 26-cruise missile salvo by the Russian navy from the Caspian Sea, flying 1500 km over Iran and Iraq to their successful target strikes in Syria, and announcing the beginning of the Syrian army offensive.

These long range cruise missile strikes also put a wooden stake through Ziggy Brzezinski’s ridiculous statements that the US had to move quickly to “arrest” the Russia air and naval campaign to reestablish itself as the supreme power in the region. I fear that poor Ziggy might be showing signs of Alzheimers, or lost in his grand chessboard time warp.

As the world watches this unfold, it will become obvious to all that the US coalition, with vastly more airpower and resources, could have done what the Russians are now doing long ago if it had wanted to. But it would have had to destroy its own terror assets and those of the Saudis, Qataris, UAE, Jordanians and Israelis.

In the run up to the recent UN meeting and the roll out for the new terrorism coalition with Syria, Russia, Iraq, Iran and China, a big deal was made to put it all under the United Nation’s legal mandate. The Western operators were deathly silent in response. They knew the new coalition was working to put their illegal independent efforts under the spotlight of being in breach of both international law and the UN Charter.

So now we have Russia as the only legal entity that is engaged in combating what all acknowledge to be a growing worldwide terrorism threat in Syria and Iraq next door. Putin led off his announcement of the beginning of the air strikes using an old US patriotic line from the last two World Wars, “better to fight them over there, than here at home”.

He crafted a Russian version on that theme regarding the 2500 Russians, many of them Chechen terrorists fighting in Syria, that it was better and cheaper to kill them on the Syrian battlefield than after they returned to Russia. Western media was again deathly silent on the rationality of these remarks.

The anti-Russia media campaign is failing due to the sloppiness of the instant claims of civilian airstrikes casualties, and this, mind you, by the people who have brought us almost 250,000 dead in Syria alone in their quest for regime change there.

I did not use the term “disinformation terror war” to hype my article, but to draw attention to this outrageous situation where the Pentagon, Obama, and now NATO are claiming that the Russians are in violation of breaking some unwritten agreement that they were being allowed to strike IS targets only; and with no bad publicity if they left the US coalition terrorist units unmolested so they could keep attacking the Syrian army. You just can’t make this stuff up!

Defense chief Ashland Carter made a huge mistake in charging the Russian air campaign with attacking civilians and moderate rebels. The discussions of the Pentagon using all the al Qaeda affiliates against the Islamic State because they were the only ground force available had already been published.

This all came out in the context of the collapse of the $500 million FSA training program disaster, which many are beginning to see might have been nothing more than a ruse to funnel manpower and weapons to America’s new al Qaeda terrorist army.

That money may have also gone to pay for the 2500 TOW missiles and the Stinger MANPADS that have been fed into these terror groups, which the American taxpayers funded with deficit spending.

So we have the American people and the world being told that the Russian-Syrian campaign is destabilizing the region because it might eliminate too many terrorists, including CIA terror assets admitted to by Ziggy, which he claimed gave the US the right and duty to counter attack.

Both the Pentagon and NATO put out statements that military action against Russia might have to be used to protect these “moderate” al Qaeda affiliates; the group that is officially blamed for 9-11. That folks, is why I used the term disinformation terror war. It is lying to us on a scale that I think represents a security threat to us all, as they try to frame the Russian counter terrorism effort as a failure when it is obviously working, so the US coalition can continue its terror war against Assad and the Syrian people.

We all saw how a simple border incursion with Turkey was pounced on by Washington and NATO as possible grounds for NATO entering the fight… to stop the Russian successful campaign.

I think the Russians outfoxed them here, as promises were made that it would not happen again, after Erdogan said he would shoot down a bird that flew over the border.

What those statements really did is give the Russians the right to shoot down any planes attacking the Syrian army or Russian forces who are there by invitation.

VT sources can confirm that Turkey has flown air support missions for its terrorist buddies in Northern Syria, and the US has supported them by not bombing them; like only one strike in Aleppo out of 9000 sorties.

So I ask you all to begin calling the US phony anti-terrorism coalition embassies (if you live in a country where you will not be risking arrest by doing so), and tell them they will be held responsible for aiding and abetting the terror war against Syria. This is an easy way to send them a message that their disinfo terror war against us is not working

If we let them continue lying to us on this scale it just puts us all in more danger. Already the Russian command has suggested that the terrorists might blowup a mosque or a hospital in Syria to blame on a Russian airstrike to trigger a Western response, hoping to get air cover to save themselves.

Remember that only the US coalition countries have denounced the Russian bombing campaign, but France has already said it sees nothing wrong with ALL terrorist groups in Syria being targeted. There has been a surprising shift in Poland where social networks are backing the Russian campaign in Syria and opposing their government’s anti-Russian policies are sheer stupidity.

The flip side to that is the Ukrainian deputy interior minister publicly saying that Ukraine should help the Islamic state all it could because it would be killing Russians. This is America, NATO and the EU’s crazy new ally saying things like this, and we hear rumbles that Western support might be taking a turn away from the present government of lunatics and fools there.

My gut feeling is that the new counter-terror coalition of Syria, Russia, Iraq, Iran and China feels the time is right, that the world will support it for challenging the phony US coalition, which only wants to have its former unchallenged control over its regime change terror forces with no competitors. If the Islamic State agreed to serve US interests tomorrow, the US response would be, “What piece of Syria would you like?”