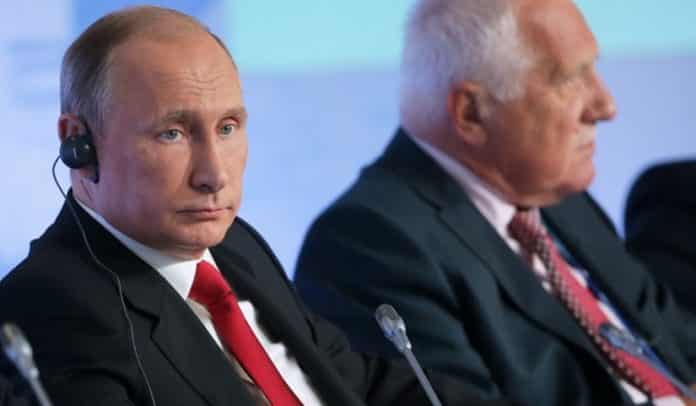 “The first tests of US missile defense in Europe have been conducted. What does that mean? It means that when we were arguing with our American partners, we were right,” Putin said.

“These were regular attempts to mislead us and the entire world, or, in simper terms, to deceive us,” he said at a meeting of the Valdai International Discussion Club.

“The issue is not about a hypothetical nuclear threat, which never existed, the issue is about an attempt to destroy the strategic balance, change the balance of forces in its favor so as to not only dominate but also be able to dictate its will to everyone – its geopolitical rivals ad allies as well.”

“It’s an extremely dangerous scenario of events, harmful to everyone, including, in my view, the United States itself,” the Russian leader said. He explained that “the deterrent of nuclear weapons has started to devaluate; some even had the illusion that in the global conflict, a real victory of one of the sides is achievable again without irreversible, unacceptable, as specialists say, consequences for the winner, if there is one.”

Putin underscored that “the threshold of the use of force has clearly gone down over the past 25 years.”

Vladimir Putin is sure that forming economic blocs through establishing dominance of the strongest player will not make the world safer.

“The process of forming these structures [economic blocs] is ongoing nearly to the rules of conspiration,” Putin said at the session of the Valdai International Discussion Club. “Forming economic blocs by imposing conditions by the strongest player will not make the world safer, of course,” Putin said.

According to the Russian president, countries declaring trade wars to suit their petty economic interests treat others like vassals, not equals.

“Let me ask if this is a true way to treat allies,” he said. “No, that’s a way to treat the vassals who have dared to act of their own accord and are hence getting punishment for misbehavior,” he said.

The Russian president has also warned against uncontrolled competition by states, which may prove disastrous for the whole world and trigger another spiral of the arms race.

He said that “all states will always have their own, sometimes multi-vectored interests, and world history is a history of competition by states and their alliances.”

“To my mind this is absolutely natural. It is most important to ensure such competition should stay within certain political, legal and moral bounds. Otherwise rivalry and clashes of interests will be fraught with acute crises and dramatic disruptions,” Putin said.

Putin recalled that “attempts to push ahead with the unilateral domination model at any cost have thrown the system of international law and global control off balance.”

“That means that there is a risk that competition – political, economic and military – may go out of control,” he said.

For the sphere of international security this uncontrolled competition may spell an upsurge in local conflicts, in particular, in border regions, where the interests of major powers and blocks clash.

“Also, this may bring about a decline of the WMD non-proliferation system, which I see as very dangerous. As a result there would follow another spiral of the arms race,” Putin said.