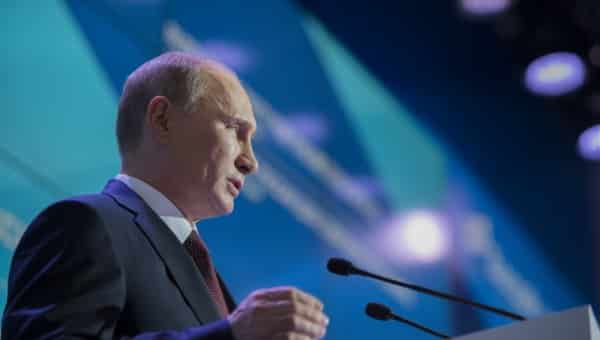 [ Note: Putin continues to slay Western propaganda and leadership reputations almost every time he gives a talk. While the prepared ones are a bit stiff, as they are written by staff people, when he does questions and answers with the press he has no match on the planet.

He never stumbles, never fakes it. He never talks down to people, over their heads, gets angry, rude or crude. Despite all the torment that Russia and Putin have gotten from the West, this was the nastiest thing that he said this week at the Valdia conference in Sochi, and with his polished twist of humor:

“Russia could also declare the necessity to democratize the USA, but that would, at a minimum, be impolite.”

Mr. Putin is now becoming the West’s mortal enemy, purely from the contrast that he provides with his detractors who are not fit to shine his shoes.

The Russians have never left any flank open for the barrage of false charges to stick, that the controlled media seem so happy to sling with no thought to their killing whatever positive reputation they might still have left.

In terms of content now, VT is out performing CNN on the war coverage. US coverage on Putin seems to have to be approved by a State Department or CIA desk officer before it gets published in the West.

Our own government spokesmen all seem to be vying for the “Baghdad Bob” award, for those of you who remember his daily reports during Gulf War I on how the Iraqi Army was crushing the invading US coalition.

I shall talk to Gordon about our making such an award to the appropriate news entity of the week. In could be a lot of fun and readers are already sending us suggestions. There just ain’t no end to doing good! …JD ]

[ Update: The Pentagon released his name today, with the usual denial that there are no boots on the ground. They have to say this due to the Congressional approval for funding the advisory force, but of which Special Ops people are not a part. They are funded under the general budget, and much of their work is secret and never disclosed. This creates a cover for contractors running their own “Special Ops” work under the guise that it is officially part of the US command and secret, hence they are not beholden to disclose anything about what they do.

The American soldier killed in a purported rescue mission in Iraq on Thursday against the Daesh (ISIL) terrorist group has been identified as a 39-year-old special operations commando, according to the US Defense Department.

The Pentagon said on Friday that Master Sergeant Joshua Wheeler of Roland, Oklahoma, was killed during an overnight special operations raid to rescue hostages held by Daesh militants in Iraq’s Kirkuk province.

Iraqi officials say that Kurdish and Iraqi forces were also involved in the rescue operation during which 69 hostages were freed from an ISIL prison located about 7 kilometers (4 miles) north of the town of Hawijah.

Wheeler became the first American to die in ground combat since Washington began its military campaign against Daesh in August 2014.

Wheeler was assigned to the US Army Special Operations Command headquarters at Fort Bragg, North Carolina., the Pentagon said.

Press TV has conducted an interview with Jim W. Dean, managing editor of the Veterans Today from Atlanta, to discuss the recent remarks by Russian President Vladimir Putin about Iran’s nuclear program and the fight on terror in the Russian resort city of Sochi.

Press TV: What do you think about the Russian president’s speech in Sochi and about the fact that US President Barack Obama earlier in Prague declared that there is no need for a missile system if Iran’s so-called nuclear threat is eliminated?

Dean: Well, once again cool Mr. Putin is playing his diplomatic cards very well, never making a mistake. He is doubling down [on the West]. We have just come through the Iranian nuclear talks when the over one-decade hoax of the secret Iranian nuclear weapons program was exposed for a complete hoax which the media did not cover very much. (It) is one of the big outcomes of all those negotiations because neither the US or Israel ever put any evidence that they claimed to have that Iran had a nuclear weapons program.

And consequently, as we are now, that was the basis they wanted to put the missile shield program in. We know that was a hoax, also. So Putin now is reminding everybody of this history that the US and the allied NATO and EU have created these threats to enable to back up, make their public fearful so that they would support the military moves that they do not want to do [if they knew the truth].

Press TV: Well, you are calling it a “hoax” Jim, when then we are seeing the United States using all these pretexts for attacking different countries, for leveling sanctions against them, for doing all these embargoes against different countries and yet we are seeing them fund what they call “moderate terrorist groups” as opposed to non-moderate terrorist groups. So what is the US actually pursuing in the Middle East and elsewhere in the world when it comes to its foreign policy?

Dean: Every cab driver in the planet, even in the most third world country in the smallest town, is now aware of the Western game of these hoax terrorist movements. They create threats that require them to, supposedly under security reasons, have to do regime changes so that they have a friend in those governments. This is completely being exposed now because when Putin is winning in Syria, he offers to cooperate with the West, everybody.

He has offered anybody that wants to join,”Let’s join hands about this ISIS problem; it is a problem for all of us; we need to work together,” and he was rejected, rejected, rejected by everybody other than on the airplane coordination of not running in each other.

And as the program has been successful, rather than being happy, you are seeing NATO, Turkey, all of those countries that are supporting terrorism are very unhappy. So he has put them in the spotlight. Everybody knows now who has been using terrorism to support regime change and who the real threat is.

So I think you are going to be seeing others rallying around Putin. His approval rating is up to 90 percent in Russia now and that would probably be 95 percent in the world. He is by far the most popular world leader now and he may be the most popular one in the past 50 years. 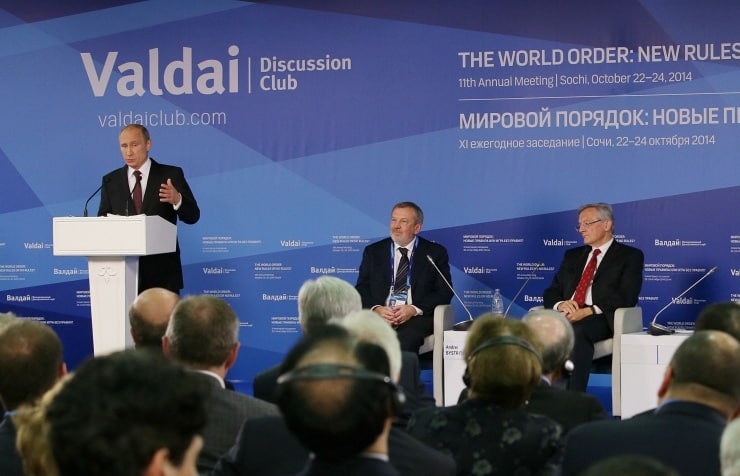