Home WarZone NEO – Please Pay Attention, There is No War 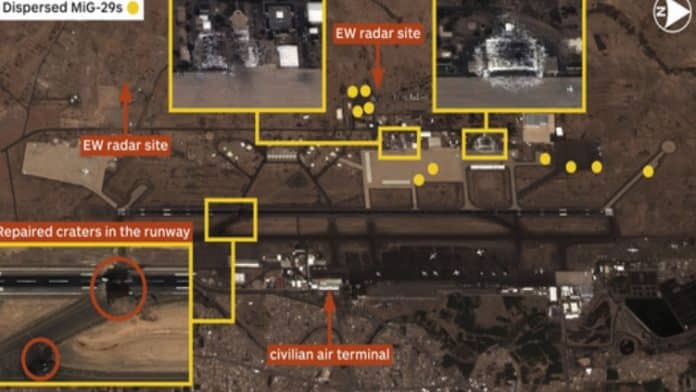 [ Editor’s Note:  There seems to be no bottom to the depths to which corporate media will sink in its trashing the concept of what our Founding Fathers struggled to give us with our Republic — a free press which would guarantee that America’s citizens could always be aware of what its government was doing… and why.

Day after day, when looking for good material to cherry-pick for VT readers, we have to wade through the swamp of special interest propaganda to find real material, and then even worse… monitor what our not so great press is not covering.

And last, despite this pitiful pattern that is not even really hidden anymore, there is no revulsion among the American public; irritation yes, but not revulsion. There are no marches against what media is doing (and not doing). None of our thousands of civic institutions even pass a resolution of concern at their annual conventions.

So “they” just keep pouring it on us, like manure on mushrooms… where if we just started throwing it back at them, it would be an easy way to get attention and some pay back. Are all these groups afraid they would never get any more press, or bad press? Do they justify their inaction out of fear of hurting their main organization planks?

If something substantial does not begin to happen soon, then the younger people coming up will accept it all as the normal status quo, which is what “they” want of course. “They” don’t mind taking a little at a time, when they see we will not resist strongly, as they know they will have it all in the end… Jim W. Dean ]

If you read the papers, there is no war, there are no wars, no ISIS, no al Nusra, no failed Minsk agreement with daily shelling, no carpet bombing in Yemen, no destroyed Saudi air bases, none of it is happening, none of it ever happened. The rest of us must be making the whole thing up.

In Syria the battle to regain Aleppo province is in full swing with levels of combat not seen since the great battles of World War II. Thousands of jihadists, knowingly or not, backed by the US/Israel partnership, the real “coalition” are heading into Turkey and Jordan for safe haven from Russian bombing attacks according to direct sources watching the border crossings.

In the Yemen War, Saudi bombing attacks, fully backed by the US/Israel partnership continue to slaughter civilians while the underdog of all time, Yemen, deals devastating blow after blow to the Saudi military.

A wartime intelligence fusion center in Baghdad, Russia, Iraq and Iran with Syria, has supplanted dependence on the dribble of often falsified American intelligence that has had no other purpose than to stifle Iraq’s efforts to regain ground against, and you have it again, jihadists backed by the US/Israel partnership.

Iraq’s military, including a reinvigorated campaign with new Russian and American planes, is bringing the war home to the Islamic State in a big way, a big way that is never reported in the US or Israel or Europe or Australia or Canada.

American media wasn’t always silent. There were hopes that the American trained “moderate terrorists” would form an army that President Obama claimed would defeat ISIS and, and after becoming a credible player, assume a place at the table and move on against Damascus, openly shielded by American (and Israeli) air cover, the long promised “No Fly Zones” spoken of back when the press had a voice.

That voice is silent now, perhaps avoiding reporting Syrian and Russian victories of the new coalition that is accomplishing what the engineered-to-fail American coalition had never been able to pull off.

Newspapers across the United States are reporting nothing but news of stabbings in Israel, mind you never the context; ignoring the carpet bombing of Gaza with thousands dead, plus ignoring that the IDF admittedly targets infrastructure and children — always the children.

A few short days ago, two American fighter bombers took off from Incirlik Air Force Base in Turkey and attacked the Aleppo thermal power station and a separate transformer complex. This attack put 2.5 million people in darkness.

The attack wasn’t against terrorists or a “regime”, but key infrastructure of Syria’s largest city, in an attack that killed civilians, not only plant operators and engineers. This is the usual “collateral damage” that comes with all American attacks: ten civilian deaths for every “armed enemy,” with that term also, “armed enemy” in question.

One might wonder why America bombed a power plant when there might have been a wedding, funeral or school graduation ceremony to hit instead.

Even when Russian President Putin mentioned his shock and amazement at the brazen American attack, nothing was reported nor did President Obama respond as he did when he had to admit that American forces knowingly obliterated a Doctors Without Borders hospital in Afghanistan. 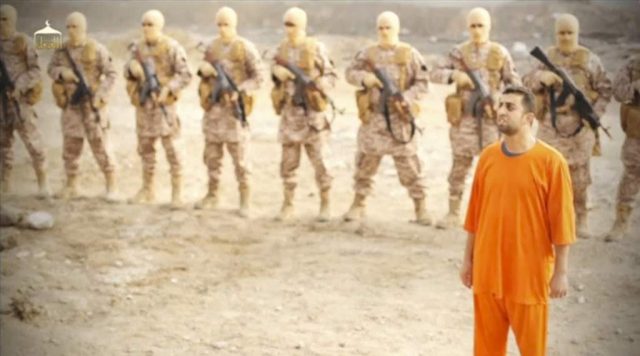 Also not reported, a story even more curious and telling than the others, was the Russian discovery of a mysterious “bombed” area inside Syria near the Jordanian border, an area controlled by the Free Syrian Army. The “FSA” has played “peek-a-boo” in and out of Jordan since established by the CIA and Mossad.

You see, there is an area where no one has “officially” bombed, not the Americans, not the Russians or the Syrians either but an area that had been bombed, not once but dozens, perhaps hundreds of times, abandoned villages bombed over and over according to the Russian commander, “as though someone had nothing else to do.”

Many had wondered how, after 6000 American “sorties” flown against ISIS, so little damage was done? Were they all flown against “nowhere” because “someone had nothing else to do?”

They were replaced by the British, who had joined in direct violation to British law, a minor scandal there, in a nation where members of government openly have sex with children; and scandals are dime a dozen. 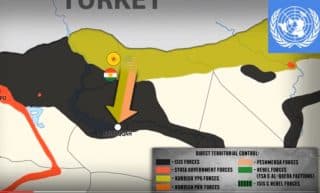 Thus, when we find out America has been bombing nothing at all and the magic American coalition really doesn’t exist, no one is curious, least of all the American media. There is an American saying, “Let’s talk Turkey.” We are now going to do just that.

Back in August, Turkey announced that they were joining the American-backed coalition in the war against the Islamic State and were going to use their considerable air power against that organization.

However, Turkey had a few things to do first, which at the time included carpet bombing villages inside Iraq, killing hundreds of Kurds, some PKK fighters, most civilians, and many YPG Kurdish fighters backed by the US coalition.

Little was reported in the media, little initially and, eventually, nothing more whatsoever.

Back in 2012 when President Obama and Secretary of State Kerry were ready to bomb Syria for using poison gas, crossing one of Obama’s many “red lines,” something inexplicable happened.

President Obama received intelligence reports that the poison gas was actually used by al Nusra and had been supplied by Turkish intelligence who, aided by Ukrainian agents, had “imported” the Sarin gas from an American medical research facility in Tbilisi, Georgia.

It wasn’t so important that Obama found the truth, but rather, than he learned that others knew, including the Russian government, Russia Today and Press TV.

Russia Today demanded to see the facility in Tbilisi where Press TV’s Serena Shim (who was later murdered), had video of the trucks bringing the poison gas from Turkey to Syria.

There is a reason I mention this, as it provides important context when examining where we are going now, “talking Turkey.” You see, Turkey has flown over 6000 sorties, even more than the entire “American coalition” against ISIS.

However, 90% of the air attacks are inside Turkey itself, and 100% are against Kurds, indicating a repeat of the Turkish ethnic cleansing operations against the Armenians exactly a century ago.

In order to accomplish this, full complicity of silence in the media is needed, something easy to buy from the western press, and easier still in Turkey under the dictatorial rule of Czar Erdogan.

Instead of joining the American coalition as promised, Turkey is building a wall. Are they keeping people out or keeping them in? One thing is clear, as we “talk Turkey,” where the new wall has been constructed and is fully operational, terrorists and weapons flow through unimpeded. What does this tell us about Erdogan’s intentions?

Today, pitched battles are being fought across Syria, Iraq, Yemen, Saudi Arabia, Cameroon, Nigeria, Afghanistan, Ukraine and Libya — with “skirmishes” across Israel/Palestine, Lebanon and much of the breadth of Africa.

Not one article in any major publication in the US even mentions one of these nations, not even anecdotally.