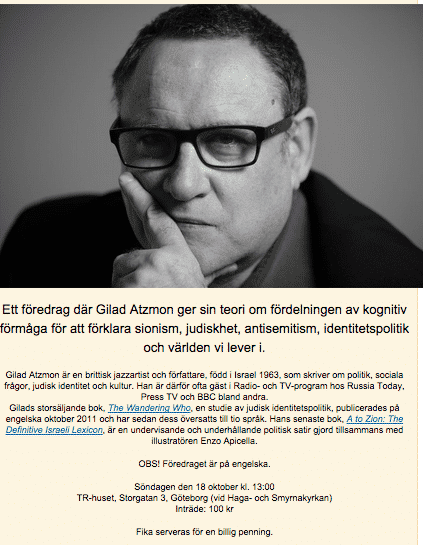 The following is the second part of a seminar I gave in Gothenburg, Sweden (October 18). In this part I elaborate on Jewish controlled oppositions and the manner in which Jewish dissent is used to stifle freedom of expression on issues  to do with Israel, Zionism, Palestine, Zio-con wars, Banking and so on.