Home WarZone Who was killing Paris tonight…the usual suspects or someone new? 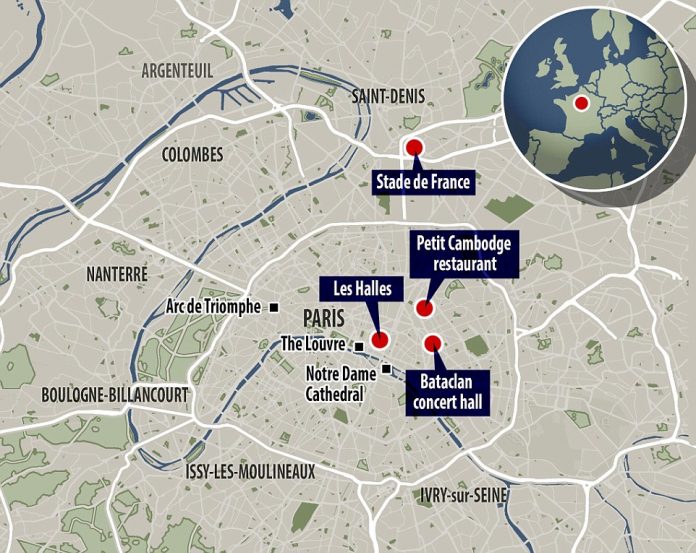 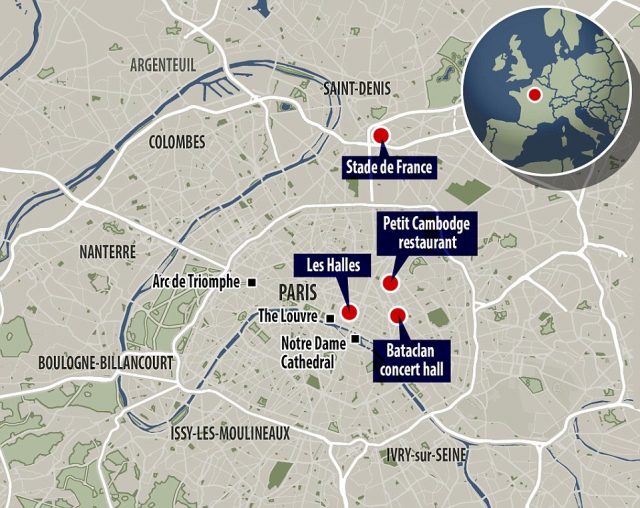 [ Editor’s Note: After the Russian plane, the Damascus bombing, and then the suicide attacks on the Lebanon Hezbollah neighborhood I had thought we might have had a triple play message from the Jihadis and their supporters that, “While you are celebrating us getting killed in Syria and Iraq we can still kill you at home any time we want. Our sponsors are quite supportive.”

The news wires are filled with preliminary news which you don’t need us for. We will be sifting through the chaos for anomalies in the reporting as this event was done, like all the others, to herd public opinion in a particular direction. With so many Western and Gulf States joining the Israelis and the CIA in supporting terrorist groups it would be an easier task to make a list of who is not a suspect.

Gordon and I will be posting. The only gut impression I will make now is that I hope we are not seeing the kick off of what might be a very different holiday season… Jim W. Dean ]

Update one 11:00pm EST:  There is some early confusion on the number of dead terrorists, 5 or 7, and possibly one in custody. The restaurant bombers were suicide vest guys, just like in Beirut yesterday. Hollande is promising revenge, but what is he going to do, attack Saudi Arabia and Israel?

We have multiple terrorist attacks on Paris, an obviously well staged event to put on a show. From the Daily Mail we have:

A series of coordinated terror attacks in the heart of Paris have left as many as 142 dead and paralysed the French capital with fear.

French police arrested one man who claimed to have been recruited by ISIS alongside three other extremists, it has been reported.

Around 112 were massacred at the Bataclan concert hall alone, where terrorists were holding around 100 people hostage, and another 11 at a restaurant shootout yesterday evening.

[ Note: This seems too soon to be reporting specific figures so early. All that would generally be known is the casualty numbers from what emergency services have dealt with. But there is always a race to put numbers out quickly for headlines….JD]

Police raided the theatre at around midnight, killed the three terrorists inside and freed the remaining hostages.

Just five miles away, two suicide bombers blew themselves up outside the Stade de France sports stadium where the French football team was playing a friendly match against Germany.