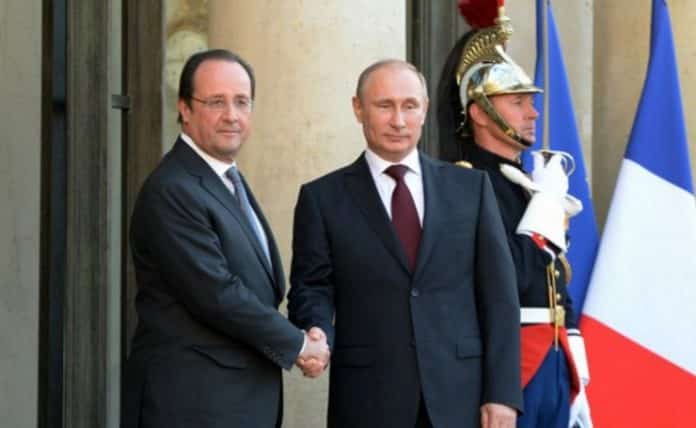 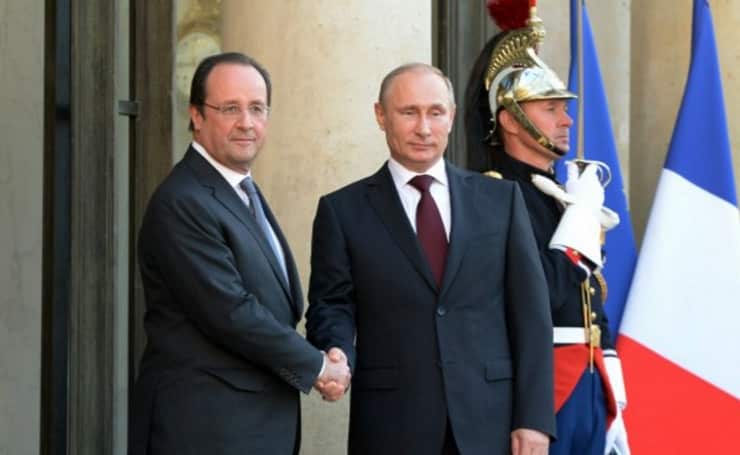 “We are thankful to the Russian people and the Russian authorities for the empathy and solidarity they have expressed to France in this tragic moment,” he told journalists. “Russia and France are determined to continue joint anti-terror efforts and to fight for the victory of freedom.”

Russian Foreign Minister Sergey Lavrov wrote on Tuesday in the Book of Condolence at the French embassy in Moscow that vile plans of the Islamic State must be stopped.

“On behalf of the Russian authorities I express most sincere condolences over the terrible terror attacks in Paris on November 13,” he wrote.

“Vile plans of the Islamic State must be stopped. Our grief, our anger will help us to step over all nonessential things and unite Russia, France and all countries in inexorable fight against terrorism, to form a really global combat coalition,” Lavrov emphasized. “We advanced a relevant proposal at the United Nations General Assembly and the Security Council in September and are ready for immediate implementation.”

French MPs call for stepping up counter-terrorism cooperation with Russia

Senior Russian lawmaker Leonid Slutsky on Tuesday said deputies of the National Assembly of France have called for stepping up counter-terrorism cooperation with Russia. Slutsky is the head of the Committee on CIS Affairs, Eurasian Integration and Ties with Compatriots at the State Duma (lower house of Russia’s parliament), as well as the coordinator of the parliamentary Friendship Group with the French parliament.

“We communicate every day with the deputies of the French National Assembly, including those who have visited Crimea this summer. So, these people at an extraordinary session of the National Assembly of France yesterday attended by the President of the French Republic, said that it is necessary to immediately step up anti-terrorism cooperation with Russia,” he said.

According to Slutsky, after the monstrous terrorist attacks in Paris it is necessary to create a real, not declarative anti-terrorist coalition.

“There has been no coalitional opposition in today’s Europe recently, while it is needed and Russia has such experience,” the parliamentarian said. “The hysteria for the distortion of Russian realities stirred up by Washington among the countries of Western Europe has given a negative feedback and urged them to develop cooperation with us in countering the terrorist threat.”

A series of terrorist attacks took place in Paris and in the French capital’s suburb of Saint-Denis near the Stade de France stadium where the French and German teams played a football match on Friday, November 13. The attacks were staged by seven terrorists, six of them blew themselves up using explosive belts. One terrorist was killed by police. A total of 129 people were killed in the terrorist attacks and more than 300 were wounded.

France introduced a state of emergency and stepped up the border control in connection with the terrorist threat. The Islamic State (IS) organisation claimed responsibility for the attacks.

Russian President Vladimir Putin sent his deep condolences to President of France Francois Hollande and all the French people following the horrible terrorist attacks in Paris on November 14, 2015. “I would like to express our deepest condolences to you personally and to the people of France in connection with the death of a large number of peaceful citizens in an unprecedented series of terrorist acts in Paris,” the president’s telegram said, in particular.

“This tragedy is additional proof of the barbaric nature of terrorism that is posing a challenge to human civilisation. It is obvious that to counter this evil effectively the entire international community needs to truly join efforts.”

“In this hour of trial for France I would like you to convey our sincere sympathy and support to the families and friends of the victims and our wishes of a speedy recovery to all those who suffered at the hands of the extremists,” Putin said.