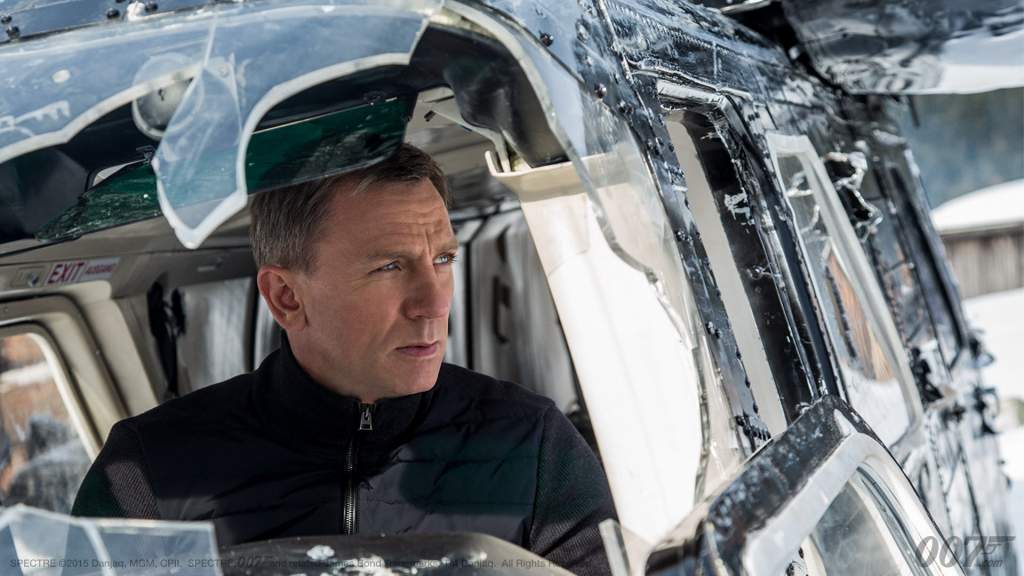 “My name is Bond. James Bond. And my friend is Aleister Crowley.”

The James Bond movies have been around for more than fifty years now. They have been seen by multiplied-millions of viewers. In fact, James Bond, who is considered as “Batman with a supercharged libido and a better tailor,”[1] was Kim Jung-il’s favorite movie.[2]

Yet what most viewers probably do not know is that Ian Fleming, the creator of James bond, was fascinated by Aleister Crowley and “fortune-telling and all matters connected with extra-sensory perception.”[3]

Fleming knew Crowley and seemed to have been his part-time disciple. He even implanted some of Crowley’s systems in his books.[4] Crowley wrote a book entitled Moonchild. Fleming entitled one of his books Moonraker, which was made into a 1979 James Bond movie, starring Roger Moore.

Crowley wrote a book entitled 777 and Other Quabalistic Writings. Fleming’s last book was titled You Only Live Twice, in which “Bond is ‘promoted’ and given a new number—777.” Biographer John Pearson, who knew Fleming as a colleague, wrote:

“When he came to construct his characters Fleming dredged up some essential figures from his own past. He would usually paint a new face on them for every story, but the shapes beneath never altered very much.

“One was the villain figure, who made his bow in Casino Royale in the fat, white slug-like Le Chiffre, with his sadistic impulses, his Benzedrine inhaler, and his insatiable appetite for women. It is likely that Fleming borrowed some of his external characteristics from the necromancer Aleister Crowley.

“Not only does the general figure of Le Chiffre, with his size, his ugliness, and all the overtones of unmentionable vice match the impression Crowley usually created, but minor parallels exists between them. Both called people ‘dear boy,’ and both, like Mussolini, had the whites of their eyes completely visible around the iris….

“It is significant also that Fleming’s collective villain figure tends to base his evil on a number of strictly limited sources of adult superiority. One is extreme wealth, wealth as a source of power, as a license for the exercise of unrestrained wickedness. Another is overwhelming male sexual potency, which for some reason Bond, who after all is not lacking in virility himself, always encounters as something faintly threatening and obscene.”[5]

Pearson previously write, “Probably never before has a book that has sold so well been produced quite so effortlessly.”[6] Effortlessly? This certainly should leave one suspicious as to how Fleming got his story:

“It is clear that the whole story was there from the beginning—Bond and his world, the heroine, the casino, the torture scene, the death of the two Bulgars—all came complete as he rattled the story down with such swift assurance at about 2,000 words a day.”[7]

One observer noted after this:

“He was very surprised by what he had produced….According to Anne [his wife], Fleming wrote so effortlessly and with such zest that he came to look on the eight weeks he spent writing at Goldeneye as the greatest treat of his year.

“Yet nothing can have quite equaled his excitement at writing Casino Royale. Unlike the books which he researched and thought about beforehand, this one came straight from his memory and imagination.”[8]

The inescapable conclusion is that Fleming could hardly be the original creator of the novel, since he was an ardent student of Crowley and the occult. Fleming’s flirtations with the occult world obviously knew no limits. As the international best-selling author Philip Gardiner himself:

“Fleming’s fascination with the occult, alchemy, and magic would lead him eventually into the arms of the wise old magus Aleister Crowley.”[9]

Fleming also immersed himself into other occult teachings and writers such as Rosicrusian, Gnosticism, the writings of occult figures such as John Dee, Dame Edith Sitwell, Carl Jung, Patrick Leigh Fermor, etc. And the entire James Bond phenomenon has been carefully chosen for several purposes:

“The code 007 (a sacred numerological code) was that of the magician and occultist Dr. John Dee from the 16th century…Dee was thrown out of university for creating a flying machine—and Fleming wrote the alchemical Chitty Chitty Bang Bang. We also know that he was reading the biography of Dee at the time of writing Casino Royale, the first Bond novel!

“Fleming named his own retreat Goldeneye, after certain occult terms. The location was known as Oracabessa—the golden head—and is a symbol well-known in alchemical and mystical circles to be the perfected man. Naming the site Goldeneye was also symbolic of the all-seeing eye. The etymology of the names and words used by Fleming is key.

“In alchemy, the serpent is a symbol of regeneration and wisdom, but also of negative energy. It is the symbol of dualism, which confronted Fleming throughout his life. The symbolic names include the Ouroboros Fish and Bait Company (an ouroboros is a serpent eating its own tail); Hugo Drax (Drax is a dragon, the winged serpent, and Hugo is mind, spirit, and heart)…Bond himself is related to the serpent. His wife, Tracey, was known as Draco (the dragon or winged serpent).

“According to true Gnostic form we should have a serpent or dragon involved in the tale in a great many ways, and we should have a union or infusion of serpent wisdom within the character of Bond.

“The early Gnostics themselves were often termed the ophites, or serpent-worshipers, and held that Christ was the good serpent. Bond is the dragon-slayer, the one who controls the power of the dark nature. The serpent and dragon imagery from our religious and mythical past is both good and bad, positive and negative.

“Overcoming the powerful serpent or dragon was to crush the fiery aspect of our nature with truth and wisdom—the elements of the Sophia. Bond’s infamous nemesis Dr. No was equated with the serpent by the spy himself.”[10]

For the preparation of the manuscript Live and Let Die, Fleming was at the time reading Patrick Leigh Fermor’s occult book The Traveler’s Tree. The connection is quite striking, too weird to detail here.11]

What we are seeing here is that James Bond, a concept that was born out of the occult world of Ian Fleming and Aleister Crowley, becomes a cultural phenomenon and does not seem to be fading away. And don’t ever forget that Crowley also practiced sexual magic. This may be one reason why Fleming portrays Bond as a womanizer. And this could hardly be a coincident:

“One of the claims made about Ian Fleming by those who knew him well was that he was sexually promiscuous and enjoyed the more extreme forms of sexual pleasure. This included the claim by a close friend, Anthony Powel, that the Flemings used an incredible amount of towels because Ian used to whip his wife, Anne, into a sexual frenzy.

“Given Fleming’s knowledge of ancient psychological methods and his understanding of the potency of sexual acts to bring on a state of high ecstasy, there is little doubt that he was enacting certain sexual rights thought by ecstatics and mystics to lead to the mystical union and the divine.

“In India these methods are termed the Tantric rights, and lead one into a state of sheer bliss and joy. They are linked to yoga, something with which Fleming toyed, and in which Aleister Crowley was an initiate.

“Much of this would be found in Flemings’ associations with Aleister Crowley, who was infamous for his use and abuse of sexual rites. And he certainly included a great many sexually deviant elements within his Bond books….

“The union of the opposites, between the sexes, would later be given a mathematical equation in his Bond story ‘The Quantum of Solace,’ in which the governor of the Bahamas, who tells the story, defines the Quantum Solace as a precise numerical notation of the amount of comfort and humanity that is necessary between two people if love is to flourish.”[12]

Once a person gets involved into weird or crazy things such as the occult, once he denies or deliberately ignores ultimate Logos in the universe, then soon or later he will become the anti-thesis of his own existence. Remember Crowley, who died miserably and pathetically?[13]

Fleming was no exception. He did not find the happiness which he sought through the occult world. He once said to his wife Anne, “How can I make you happy, when I am so miserable myself?”14]

In short, there is no doubt that Fleming’s James Bond was born out of the occult world, and even Maxwell Knight, we are told, worked with Ian Flemming “in his creation of James Bond’s spy chief.” The Daily Mail itself tells us,

“Those children would have been astounded to learn that the man who spoke so charmingly of newts and lizards, who kept a pet fox and mongoose, and who wrote A Cuckoo In The House, about a bird named Goo he had rescued and tamed also, dabbled in the occult and became a novice of the renowned occultist Aleister Crowley…

“As for those young listeners’ parents, they would have been astonished to discover that Knight was a closet homosexual who had had three unconsummated marriages.”[15]

So, count the cost if you love James Bond.

[15] Annabel Venning, “Dark secret life of the original ‘M’: Spymaster who inspired 007’s boss was a closet gay that married three women he never slept with – before reinventing himself as a children’s presenter called Uncle Max,” Daily Mail, March 13, 2014.