Home World NEO: Who has been pushing Russia to go all in against... 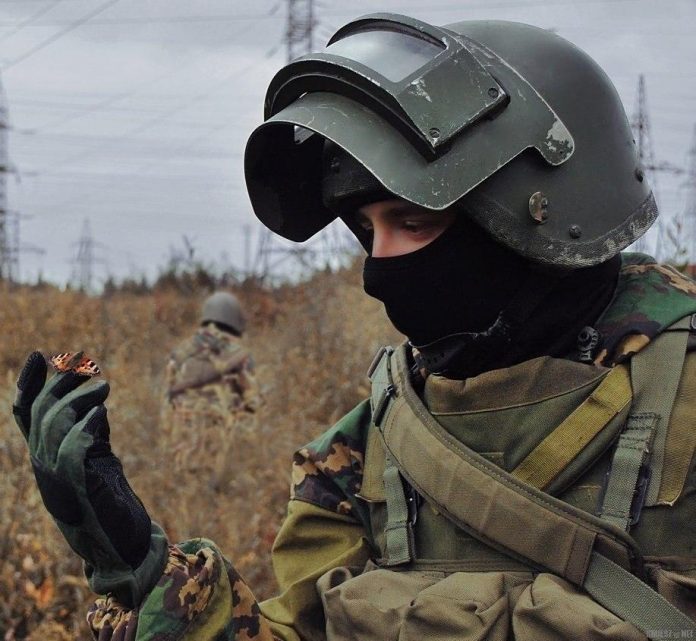 [ Editor’s note:  We have a bizarre story from brother Lvov about this ex-Putin adviser Andrei Illarionov, who has either lost his mind or has been living beyond his means in the US and put himself out for sale. He would not be the first Russian ex-pat to do that, and hardly the last.

The story about Russia putting a major attack in on Saudi Arabia and Qatar is so loonie that I would sign the dude into the loonie bin myself. But alas, they never let me have any fun.

But Lvov used deranged Andrei as a roll in for his real discussion about Russia’s right, under international law, to “eliminate with extreme prejudice” the actual perpetrators of their Sinai plane, but that those funding them and other indirect supporters would have to be prosecuted by legal means, which is a pity.

That is still quite a hurdle in the land of state sponsored terrorism. Prosecutions are frankly…for the little people. The token “big guy” that gets taken down is usually a burned out throwaway that no one liked, did not have enough money to buy his way out of the jam, or had not collected enough blackmail material to have folks take a kinder and gentler approach to them, like they would for someone like…say…Mitt Romney.

If Russia gets its due revenge for their Sinai victims I will be among the first to pop the cork on some modest priced champagne and startle my neighbors who think I am the VT hermit that lives upstairs in the old 1800s house.  After the carnage of WWII, and the slaughters that came before under the Commies, Russians have reverence for life way beyond their Western counterparts.

Frankly, they have the Hebrew holocaustaholics beat hands down in the carnage category, and they didn’t get any post war reparations paid by anybody, either. But this week it has been Erdogan in the cross hairs of a possible state leader to follow in Saddam’s shoes, dancing at the end of a rope for crimes against humanity.

Yes, I know he has NATO and Washington behind him, but remember Saddam and Gaddafi never saw it coming. I think Erdogan could get knocked off as the simple solution to the Turkey problem. It would be better that the military not do it in a coup, if there are any officers not in jail to be able to pull one off, or media still in operation to even tell us about it… Jim W. Dean ] 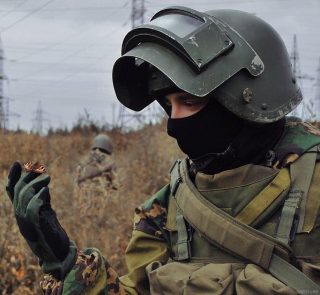 On November 19, 2015 Russia’s pro-Western radio station “Echo of Moscow” published an article on its website that was written by the former economic adviser to the Russian president, Andrei Illarionov, who is now residing in the United States.

The article was titled “The next step – a strike on Saudi Arabia?” and was packed with calls to launch air strikes against Saudi Arabia and Qatar.

The author underlined the fact that after a series of terrorist attacks in Egypt and France, and a triumph for Russia at the G-20 summit in Antalya, in the face of the paralysis of NATO’s forces, the time has come to execute plans including massive strikes on military infrastructure and energy facilities in Saudi Arabia and Qatar – plans that were allegedly “cherished for years”.

The author argues that the time is right, due to Russia’s full-scale military deployment in the region, while the fleet and long-range aviation units already employed in the fight against ISIL in Syria could be easily redeployed.

Illarionov is convinced that in the near future, Saudi Arabia (and possibly Qatar) may be declared sponsors of international terrorism, involved in the deaths of hundreds of Russian citizens, so Article 51 of the UN Charter provides legal preconditions for such an attack.

Thus, the author is trying to intimidate the West that such “retaliation” strikes will lead to a sharp increase in oil and gas prices for, which will not simply allow Russia to put an end to its economic crisis, but gain even more control over the Middle East.

It would not hurt if Andrei Illarionov was the only one trying to create such hysteria around this situation. After all, he has been known as an agent of Western influence and, possibly, a traitor, so he does what those paying him tell him to do. But, unfortunately, such utter nonsense has already been voiced by certain political figures in Russia.

Such figures are obviously trying to drag the country into a dangerous political and military gamble with possibly disastrous consequences. When such calls are voiced inside Russia it’s imperative to carefully analyze who is behind them.

Those can be mindless flag wavers, or those who want to achieve a further weakening of the country and create conditions for domestic discontent in hopes to remove Vladimir Putin from the political stage, replacing him with pro-Western liberals.

Unfortunately, such notions have been immediately repeated by the Russian media. Thus, on 23 November the magazine “Our Version Of” published two articles that hinted that Russia could start bombing Saudi Arabia and Qatar.

At the same time, to strengthen those claims, the journal provided the opinion of a prominent Russian military expert Leonid Ivashov, who originally commented on the situation in Syria and the possibility of a ground operation in Syrian Arab Republic (SAR) but didn’t say a word about the bombing of Persian Gulf monarchies. That’s a blatant provocation!

All these attempts to misguide Russia have led to the wrong interpretation of how Moscow is actually going to use Article 51 of the UN Charter to punish those responsible for the downing of the Russian A321 airliner over Sinai, the attack that was labeled an act of war by Russia’s President Vladimir Putin.

Some circles have immediately commented on this statement that the Supreme Commander of the Russian Armed Forces chose “to obtain a license to attack any state he deems responsible”.

Indeed, Russia doesn’t need Article 51 to launch air strikes against those responsible in Syria or Iraq, since they can easily obtain a clearance from those states to proceed with any military operation Russian officials deem necessary.

But the organizers of the terrorist act and those who were sponsoring it are not necessarily located in the territory of Syria or Iraq. Everyone knows that ISIL, Jabhat al-Nusra, Jaysh al-Islam and Jaish al-Fatah were created by the special services of the US, Turkey, and Jordan, and thanks to the extensive financial flows provided by Saudi Arabia and Qatar.

Additionally, a number of formally retired special forces operatives of the KSA and Qatar have “volunteered” to become instructors and commanders of those terrorist groups. Their guilt does not require any proof. But this does not mean that Russia will bomb the oil infrastructure of Saudi Arabia or Qatari gas facilities.

Moscow has always been strictly adherent to the norms of international law. And if the liquidation of those militants employed in a terrorist attack doesn’t require a court order, as it was done by French special forces in Paris and Mali, the sentencing of organizers and sponsors of terrorist attacks must be carried out after a thorough investigation.

It’s most likely that Moscow will propose the idea of creating an international tribunal, a modern equivalent of the Nuremberg trials. But there’s no way this idea is going to be supported by the United States, Turkey, the United Kingdom and Persian Gulf monarchies.

After all, a lot of unpleasant facts could be uncovered about the role of these states in the creation, training, arming and funding of international terrorism, and all of them shall be punished in accordance with the UN Convention. So, most likely, Moscow decided to bring the criminals to justice in Russia.

But then there’s a problem – how will Russia bring those responsible to the courtroom? It’s precisely why Moscow announced the possibility of using Article 51 of the UN Charter. But that does not mean there’s a chance it’s going to be bombing the KSA or Qatar, or sending ground troops to Syria, even despite the fact that US and NATO forces have been persistently pushing Russia to take such a step.

It will be enough to deploy special forces units to capture Islamist leaders and other militants involved in the terrorist attack, capture them and deliver them to Russia. And if the organizers of the terrorist attack are hiding outside Syria or Iraq, then Article 51 authorizes Moscow to deploy Russian Spetsnaz in territory of almost any country without the consent of its authorities, if this states harbors criminals or is unable to ensure their arrest, as it was requested by the country subjected to “an act of war.”

Russian special forces are more than capable of quickly arresting criminals and bringing them to Russia in order for them to face trial. And what has the energy infrastructure of Saudi Arabia and Qatar to do with all of this?

“I provided examples based on our data on the financing of different Islamic State (IS, formerly ISIS/ISIL) units by private individuals. This money, as we have established, comes from 40 countries and, there are some of the G20 members among them.”

At the summit Putin has also stressed to the need to observe the the UN Resolution against the financing of terrorism, that was adopted after Russia’s initiative. Needless to say, that Saudi Arabia and Qatar are members of the G20, so Putin could be referring to those states in his statement.

But before punishing specific individuals or entities behind the terrorist attack, one will need to obtain enough evidence to prosecute those in Saudi Arabia, Qatar and other states. And this process takes more than a couple of weeks.

Russia will punish criminals and terrorists. But it will be operating within the law, on the basis of the UN Convention and its anti-terrorism legislation, but not in the manner made infamous by “Uncle Sam.”

So there’s no need to push Russia for a ground operation in Syria, or the bombing of Saudi Arabia and Qatar. It has been clear all along who was behind this, and Moscow knows better.