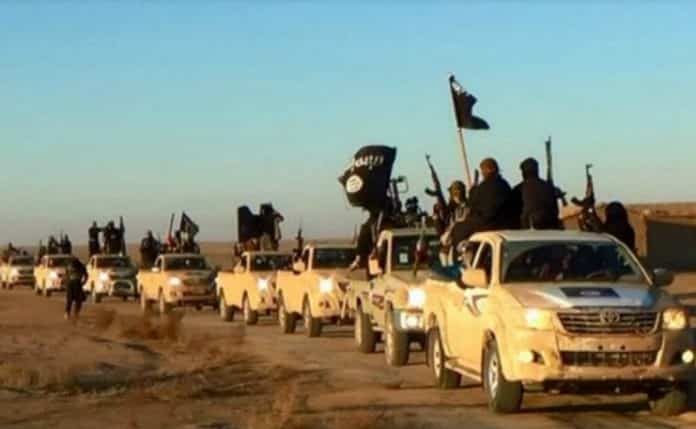 MOSCOW, December 2. /TASS/. Russia’s Defense Ministry will unveil data to mass media outlets next week about the weapons and training Syrian gunmen in Turkey, the head of the Russian National Defense Management Center said on Wednesday.

“We will provide you with the information on the amount of weapons, components of explosive substances and the training of gunmen on Turkey’s territory next week,” Mikhail Mizintsev said.

According to the official, about 2,000 militants, more than 120 metric tons of ammunition and some 250 vehicles have been redeployed from Turkish territory to Syria over the past week.

“Financial flows from resale of oil products are aimed not only at making the top military and political leaders of Turkey richer. They return in great volumes to the Syrian Arab Republic in the form of weapons, ammunition and mercenaries of various types,” Mizintsev said.

“Over the past week alone, up to 2,000 militants, more than 120 tons of ammunition and some 250 units of vehicles of various applications have been redeployed from Turkish territory to the detachments of ISIL (former name of Islamic State terrorist organization) and Jabhat al-Nusra,” he said.

US President Barack Obama on Tuesday called on Turkey to step up the fight against the IS and to seal the border with Syria to stop the traffic of gunmen and cargos for terrorists.

Russia’s Aerospace Forces have been carrying out airstrikes against the facilities of gunmen in Syria since September 30 at the request of Syrian President Bashar Assad. Over the past two months, the airstrikes have destroyed more than 1,000 tankers of crude oil and dozens of oil refining facilities belonging to terrorists.