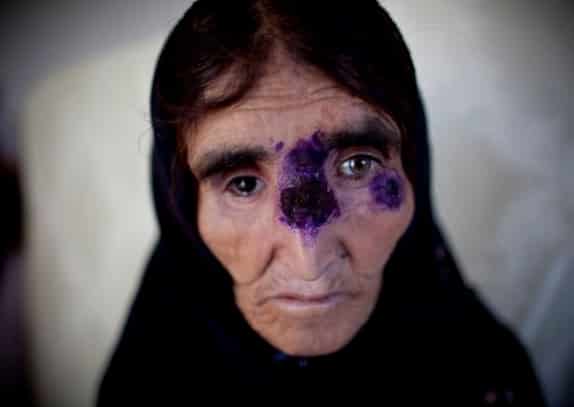 Photo right: Leishmaniasis Wounds
ISIS terrorist group are spreading ‘flesh eating bug’ across Syria as a result of killing people and dumping their corpses in streets, this is the leading factor behind the rapid spread of Leishmaniasis.

Experts say that Leishmaniasis disease is being spread across the country “as a result of abominable acts by ISIS that included the killing of innocent people and dumping their corpses in streets”.

Known as Leishmaniasis disease, there have been 500 reported cases in Syria over the last year, Mirror reports.

Dilqash Isa, who works for the Kurdish Red Crescent, said: “As a result of abominable acts by ISIS that included the killing of innocent people and dumping their corpses in streets, this is the leading factor behind the rapid spread of Leishmaniasis.

Also among those who have warned about health issues in Syria is The World Health Organisation (WHO).It claims that there are 13 million Syrians in need of humanitarian aid.

The effects of Leishmaniasis on a victim in Syria

A statement read: “Despite our best efforts, health needs are escalating, and more than four years of crisis is causing the Syrian health system to deteriorate.