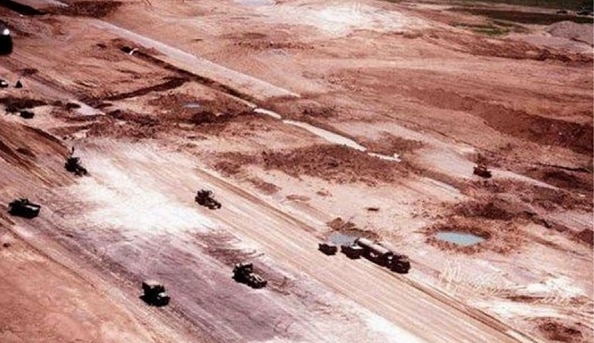 Thus far not reported in any western media.

TEHRAN (FNA)- Turkey is building an airbase in Northern Iraq without the knowledge of the central government in Baghdad, images show.  Turkey will be bringing in newly supplied NATO air defense systems to defend against counter-attacks launched by the Baghdad government.
The base will not only supply air cover for ISIS operations against the Syrian and Iraqi government but provide logistics support for ISIS fighters as well.

Images taken by field sources in Iraq display construction of an illegal airbase named ‘Bamerne’ by the Turkish army in Northern Iraq.

The airbase is being built at the geographical coordinates of 37°05′52″N and 43°15′58″E which corresponds to a region in Dahuk, Northern Iraq.

Also numerous reports suggested that on Friday Turkey sent approximately 130-150 soldiers to Northern Iraq. Turkish forces, deployed near the city of Mosul, are allegedly tasked with training Peshmerga, which has been involved in the fight against the ISIL.

But Iraqi Prime Minister Haider Abadi warned on Sunday that Baghdad might use all the available options, including an address to the UN Security Council, if Turkey fails to withdraw its troops from Northern Iraq within 48 hours,.