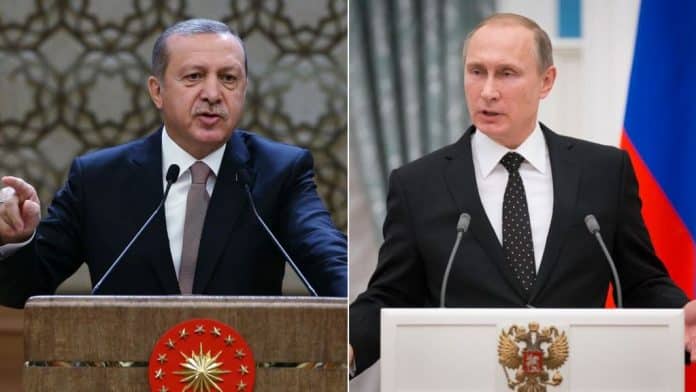 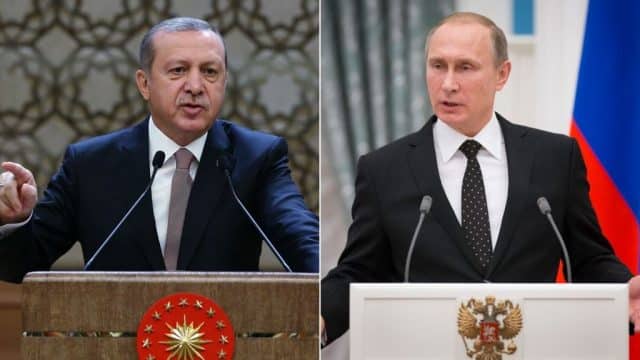 Erdogan is claiming he stole no oil and has threatened to resign if he receives proof that he did.  There is little doubt that Erdogan is insane as those who have been watching his dance of death with ISIS have known this all along. However, while Erdogan talks only of oil, there are other issues to note as well.

First of all, let’s talk about arms shipments that cross Turkey and move into Syria and Iraq. By Erdogan’s claim of total innocence, we must assume that ISIS, al Qaeda and the other openly terrorist groups that make up 95% of those fighting against Iraq and Syria are operating without any outside supplies.

To some extent this was true with major bases in both Iraq and Syria falling into terrorist hands in 2012, hundreds of American Humvee’s and Abrams tanks, even a few Syrian Air Force planes. In fact, much of the best of this equipment including dozens of updated Soviet era T-72 tanks are in wait inside Turkey, protected by Erdogan for that “drive on Damascus” that seems more and more unlikely as time goes on.

The most notorious theft Erdogan is hoping goes unnoticed is an entire Syria automobile assembly plant from the suburbs of Aleppo. In meetings with Dr. Najm Hamad al-Ahmad, Syrian Minister of Justice in Damascus a major subject of discussion was Turkish organized crime and the systematic looting of Syria and Iraq, not just antiquities and oil, but “everything that wasn’t nailed down.”

Where Erdogan’s wild claims fail is simple as looking at a map. When Russia publishes surveillance photos of not just hundreds but thousands of oil trucks, how can there be denial? The roads that these trucks use only go to Turkey.

They don’t go anyplace else, there is no place else. There is absolutely no vehicle traffic between the Turkish occupied areas of Iraq and Syria, and we might as well call them that, and the areas under control of the legitimate governments in Baghdad and Damascus.

Much of the war is for control of roads in and out of Turkey, roads that carry oil to Turkey from Raqqah and Der Ezzor now being retaken by the Syrian Army or roads in and through Hasakah that are the target of the supposedly US backed Kurdish YPG and Pergmersha, organizations continually under Turkish air assault, one of the greatest unreported stories of the war.

Recently a series of numbers has been tossed around. Britain’s Cameron says that 70,000 new “recruits” are needed to fight ISIS. Of course, what Cameron is not saying is that the last 70,000 channeled through Turkey into Syria and Iraq, funded by Cameron’s allies Saudi Arabia, Qatar, Turkey and Israel, are in fact ISIS.

Is Cameron really telling us that in order to defeat the newly mobilized Iraqi Army and the Russian and Iranian backed Syrian forces, ISIS will need 70,000 more recruits and Britain stands ready to do her part?

Another number involves closing the Turkish border. We are told that 30,000 troops will be required, Turkish forces, to stop the continual travel in and out of Turkey, the huge oil convoys, the NGO trucks loaded with arms and ammunition, all this traffic that if Erdogan is not lying to us never existed in the first place.

Why does a border need to be closed, why is everyone, Hollande of France, Merkel of Germany, certainly Obama and Putin, even Turkey in its own way, why does this border need “closing” unless it is continually being transited in support of terrorism?

What is support of terrorism if it isn’t trading oil for arms or, moreover, trading oil and the other loot of Iraq and Syria, for the cooperation of Turkish politicians and, just perhaps, their European and American friends as well.

Every aspect of this cross border traffic involves the government and military of Turkey and its complicity in support of terrorism, 5 minutes with a map will tell anyone this. Why are ISIS and al Nusra so dependent on the Turkish border, why do they fight so hard to keep the roads to Turkey open? Why is this their lifeline if Turkey is, in no way as Erdogan asserts, involved in support of terrorism?

When Turkish journalists are arrested, when military officers are court martialed and judicial officials dismissed or detained for trying to stop Ankara’s and Erdogan’s full and absolute complicity in terrorism, why is the US remaining blind to this?

Is it the simple fact that the NATO military forces of Europe are in total disarray, ancient weapons, poor training, no funding, a joke? Is this a US admission that all that is left of NATO is Turkey and that Erdogan can do anything he wants, not just support terrorism but confront Russia as well?

The recent terror attack in Paris is an interesting example. CNN tell us this about terrorist “mastermind,” Salah Abdeslam: “French intelligence services say they think he’s escaped to Syria, according to the source close to the investigation and a counterterrorism source.”

If he is in Syria, he isn’t in the area of Syria controlled by the government. That would have required transit through Beirut. Nobody goes through Lebanon without being seen and cataloged.

This means he went through Turkey. Salah was able to get past a French roadblock into Belgium though fooling French police, as noted during the “Charlie” episode, is not so difficult. However, the French believe he entered Turkey, a nation with extremely tight borders, and did so while the world was hunting him. Not only that, he is believed to have transited Turkey and crossed into Syria to hide among the Turkish backed terror groups along the border.

Yet no one considers that Turkey may well have been a “prime actor” in the Paris attack. Would Erdogan have downed a Russian plane if it weren’t for the Paris attack? What about the Russian airliner downed over Syria? When you add MH17 and examine what is now known, that Ukraine and Turkey have been working closely together all along, with ISIS troops joining Kiev forces against NovoRussians, do we see a pattern?

Gordon Duff is a Marine combat veteran of the Vietnam War that has worked on veterans and POW issues for decades and consulted with governments challenged by security issues. He’s a senior editor and chairman of the board of VT, especially for the online magazine “New Eastern Outlook”.
____________