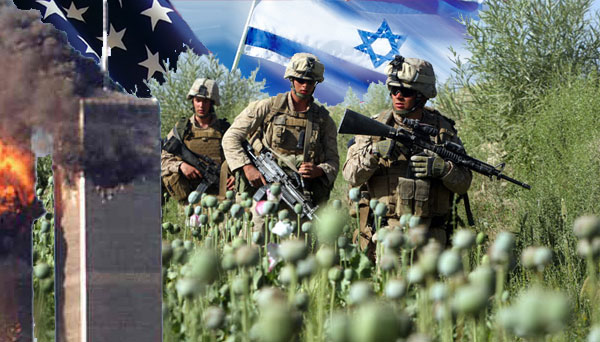 First we are told opium and heroin are financing world terrorism, then General McChrystal tells us that we have to allow the harvest to be finished, processed into 65 billion dollars of heroin and shipped out on rendition flights and American Global Hawk UAV aircraft for distribution around the world.

I was surprised to hear the “rumor” that our massive Global Hawk UAVs that fly at 80 thousand feet were being loaded with drugs in Balochistan and flown around the world.  Prior to that, FBI translator Sibel Edmonds had only told us of drug trafficking on rendition flights.

This is now a fact, not “theory” or conjecture.  Is the Global Hawk story fact also?  Having this confirmed was a shock for us.  We had been tracking the presence of “contractors” servicing UAV aircraft in this region and knew it was impossible to be arming and operating them against terrorists as facilities for this are unavailable at the 3 small air strips in the region.  Each Hawk holds tens of millions of dollars of processed heroin which can be flown anywhere in the world.  We have numerous confirmations that this is being done.

Tens of thousands will die from this harvest of death.  Who profits and why is it necessary for chaos to continue for the money to flow?

First of all, with this much money, assume everyone is involved, no country is totally free, including our ally Israel, world’s most capable narco-capitalist but it doesn’t stop there.

HOW NARCOTICS AND TERRORISM SERVE EACH OTHER

Narcotics provide cover for the war by making it impossible for Afghanistan to ever have a stable government.  Drug lords are never going to become responsible tribal leaders.  However, they also can’t fly tons of heroin around the world nor can they bank billions of dollars.  They need help.

This is what the war supplies, thousands of experts have flooded into the region to train Afghanis to live as free people in a democratic society.  Many of these outsiders, some from India, some from Israel traveling under false passports and hired as US contractors, many Americans with security contracting companies and, perhaps government agencies themselves, are involved.

What we are keeping quiet is the fact that so much money is flowing out of the region into so many pockets, journalists included, that nothing is reported, nothing is done and training and arming terrorists has become an integral part of maintaining the war.

If the war ends, the Taliban might take over and end drug trafficking like they did before.

EACH NATION HAS AN AGENDA

Israel is in Afghanistan and Balochistan to do a couple of things.  They are in Pakistan’s “breakaway” province of Balochistan organizing attacks on Iran and working to separate Balochistan from Pakistan.  India and Israel would then control this region allowing access for a new gas pipeline bypassing Iran.

This has been very public but never reported.  The illegal wars against Pakistan and Iran, yes Iran has suffered many terror attacks by Israel staged from this area of Pakistan, serve a number of purposes.

The New York Times tells us that Iran has threatened Israel with a nuclear holocaust.  This was the threat:

Time will ease Israel from the pages of history.

This is what the New York Times said:

We will wipe Israel off the map!!!

Every report of Iran building nuclear weapons has been debunked.  Iran has been “one to five years” from having a “nuclear device” for 20 years.  So has Luxembourg, Andorra and the Maldives.

These are the issues where total misconceptions of history are used to support Israel:

Israel claims Iran is planning a new “holocaust.”  The more death and destruction in Gaza, the more we hear “holocaust.”

Let’s look at a fact.  More Palestinians have died already than Jews under the “holocaust” prior to 1941.  In fact, Israel has caused the death of more of its own citizens, having  “classified” Palestinians the same way Germany classified the Jews, than the first 8 years of Nazi butchery.  Please check the figures.  Palestinian deaths are at nearly 500,000 with 300,000 having perished during the sectarian violence described so fictionally in the Leon Uris novel Exodus.

ISRAEL AND THE ARABS

The US created Israel.  The US also created Saudi Arabia, Kuwait, Iraq, Iran, our current version of Egypt, in fact the entire region with minor exceptions has been a US creation.  Why don’t you hear about threats from Egypt, Jordan, Iraq, Turkey, Kuwait, the UAE, Saudi Arabia, Yemen or other nations against Israel?

All these countries that Israel talks about banding together and exterminating the Jews are militarily weak or have no offensive capacity and in reality have warm and friendly relations with Israel.  Are these nations corrupt?  Yes, of course, exactly like the United States and Israel.

Many of these nations have been found working closely with Israel.

Whether Israelis live as Europeans and behave as monsters while some of the oil rich states we use in comparison, ‘brutal and backward’ shouldn’t influence American policy.  America placed Israel in the Middle East as a state that could live above any and all law, extradition, nuclear regulation, money laundering restrictions or any other civilized international convention for a purpose, much as the US created the primitive dictatorships that keep the oil flowing.  These bizarre and corrupt states serve the interests of a corrupt oligarchy that now controls much of the world.

A subtext of deception and manipulation has pushed the world into a cycle of economic collapse fueled by debt, powered by war, a subtext keeping the world in poverty and chaos with one purpose, the accumulation of power without intelligence and reason.

THE ILLUSION OF TERRORISM

Terrorism is an expression of ignorance, anger and poverty.  The Bush administration and its friends in Israel and elsewhere combined terrorism, deception and religious insanity into a stew meant to facilitate the creation of a biblical monstrosity designed to bring about the “end times” and the destruction of secular society and all democratic states.

Is this what Israel wanted?  Do Jews all await the time when they are forced to convert to Christianity or die, the real aim of the American “Taliban?”

A good look at what the world and America in particular has become clearly shows that if terrorism didn’t exist, we would invent it.

Another good look will show that, in fact, when terrorism lacked organization or the ability to strike at targets in the US and Europe, intelligence agencies which had long penetrated every terrorist organization on earth, in fact took control of many of them. 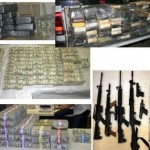 Why would governments war on their own people?  There are always reasons and justifications for everything.  “We kill a few thousand people but build a more secure world that will keep us safe (and rich with cheap oil and heroin) for decades.”

Today, it has become simple to recognize the criminals who lead us.  If a military leader tells you that opium has to be protected, though it causes more suffering than any war and most diseases, you know you are hearing a criminal.

When you hear a politician talk about Afghanistan, carefully avoiding taking responsibility for massive increases in drug trafficking under US control, assume he or she is involved.

When a terrorist moves from one country to another through the toughest airports in the world while Nobel Prize winners sit in detention for hours because a “suspect” somewhere has the same last name they do, you know this government is working in support of terrorism.

When you see a politician on television talking about heroes, heroes in a war protecting no one, heroes in a war meant only to live on itself, killing spending and growing as though it were alive, talking war but never addressing the cause of war or the cost of war, you are seeing a criminal.

Every individual that profits from war, be they arms manufacturers or military officers who know how to smile in photographs and fight unsuccessfully, sacrificing the lives of others year after year or even the media that cheers it all on, a media more responsible for breeding hate than any Madrassa, as Glen Beck and Ann Levensohn Coulter prove every day, is criminal, is complicit and should be required to pay a sacrifice equal to their crime.

IT WAS ALWAYS ABOUT ONE THING, MONEY

If terrorism didn’t exist, would we invent it?  Was terrorism invented to replace the Cold War?

Are all intelligence and security agencies involved in terrorist acts?  How can American or Israel or even Indian groups recruit Islamic terrorists?  How can the tiny nation, Israel, push America into war and economic collapse?

Who is served by terrorism?  If our own governments helped create terrorism, was it done to instill a regime of oppression under the guise of “keeping us safe?”

Has terrorism raised the profits of arms and oil fiends and lowered our standard of living?  How many countries are now drowning in debt?  How has terrorism managed to impoverish only the world’s middle class?  Why has the one nation that complains most about terrorism gained the most from it?

How many millions more are living in poverty and ignorance while billions are spent to end the terrorism we only seem to be fueling?

How much less free is the world, how much more are we all watched, listened to and threatened in our daily lives because of the business of profiting from terrorism?

Who are the real terrorists?