Home Government GOP Will Be Hurt by Naked Hatred 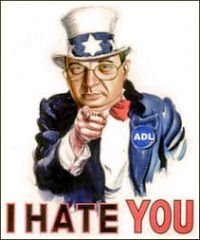 – The phantasm—something seen but lacking reality—that is the ‘Mosque’ issue will likely blow back on the GOP, says a Party operative –

Clearly, the GOP and its neocon allies need a lesson in “cultural, religious and ethnic diversity to fight bigotry and hatred.” That quote is from the Jewish War Veterans of the USA (JWV) which “strongly condemns [and rightfully so] a series of recent anti-Semitic events at the U.S. Air Force Academy in Colorado Springs, Colorado.”

Pity this group’s commitment against “bigotry and hatred” does not extend to Muslims; but at least its vile hypocrisy (and that of the ADL’s and many other charletans’) has been exposed.

From the Democratic Strategist:

Dems who are nervous about President Obama’s comments regarding the placement of the Islamic Center near ground zero should read Michael Scherer’s ‘Swampland post’ at Time, “Grover Norquist Says Mosque Controversy Is Bad For Republicans.” Here’s Norquist, quoted by Sherer:

It’s the Monica Lewinsky ploy…The Republican Party is on track to win a major victory in November based on the issue that Democrats are spending the country blind…There isn’t a single voter in the country that was planning on voting for the Ds, who says, ‘Oh, mosque issue, now I will vote for the Rs.’

Norquist cites the Lewinsky affair as an example of being “distracted by shiny things,” one which lead the GOP in the wrong direction: “They nationalized the election around an irrelevancy” and lost 5 House seats. Norquist also feels the Mosque issue gave Harry Reid a hook to separate himself from President Obama: “Harry Reid says, ‘Oh, is this a get out of jail free card?'”In addition to the distraction effect, Norquist, president of Americans for Tax Reform and a former operative for Newt Gingrich, worries about the damage targeting any minority does to GOP hopes for votes from other minorities, as Scherer explains:

Over the long term, Norquist also sees danger for Republicans not just among Muslim voters, but among other religious groups as well. “Religious minorities all go, ‘I get it. This means me too,'” he said. He pointed to a recent story in the Jewish newspaper The Forward, called “When Shuls Were Banned in America,” which draws connections between the current mosque controversy and New York’s history of antisemitism.

“Long term, you could do to the Muslim vote and every other religious minority what Republicans did to the Catholic vote in ‘Rum Romanism and Rebellion,'” Norquist added, using a phrase uttered at a speech attended by Republican presidential candidate James Blaine in 1884, which arguably cost him victory in that election, by alienating Catholic voters.

Such stands are not out of character for Norquist, who has long waged a battle to make the Republican Party more inclusive of racial and religious minorities.  During the Bush Administration, Norquist served as an informal envoy to the American Muslim community. He has also been an outspoken supporter of immigration reform, arguing that it was important that Republicans not alienate Hispanic voters. “Tom Tancredo has done damage to the Republican Party in states he has never visited,” Norquist says, referring to the former Colorado congressman best known for his frequent denunciation of illegal immigration on cable television.

Former Republican congressman from Florida and now [MSNBC] anchor “Morning Joe” Scarborough agrees with part of Norquists’ argument. In blasting Newt Gingrich for saying the Mosque at ground zero would be “a symbol of Muslim triumphalism,” Scarborough protested, “This is madness…There are elements of our party that are marching through the fevered swamps of ideology.”

That’s a discovery which won’t come as much of a shocker to alert followers of American politics. I would add, however, that such ‘shiny things’ won’t help Dems much, if we get distracted by them. Let the Republicans and tea party folks ride that turkey to political oblivion if they like. But let Democratic candidates focus instead on establishing a clear identity as strong advocates of Social Security, Medicare and jobs.