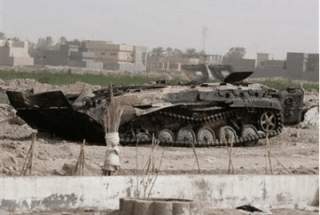 As we approach the week before Christmas and before the New Year of 2011, VT is asking all our readers to consider making a gift of Activism on Behalf of Gulf War Veterans.  This is not a request for cash but for active letter and email writing to Washington DC now and until the job is done!

We ask that you take time in your schedules to write a letter or send an email each week to educate your US Representative, US Senator, the President, the Committee Chairman of the Armed Services and Veterans Affairs Committees, the Appropriations Committees of both the Senate and the House, the Secretary of the VA, the Joint chiefs of the US Armed Forces, your newspaper editors in your states, your television news desk, and to radio talk shows in your areas.

Include the article that we highlight for you here on VT and add your introduction remarks.  These remarks can simply be to call attention to problems that are not being covered by the news, that our legislators and key officials of the government are not giving due and appropriate attention.   WE ask you to Play it Forward for the Veterans of the Gulf War 1990-91 and our troops and veterans that are still being exposed to environmental hazards and be a voice for them!

Ask for hearings to be schedule and held each month in the new congress!  Ask them to make speeches from the floor of the House and Senate.  Ask them to read the obituaries of those Gulf War Veterans 1990-91 that are dying to young into the official record!  Ask them to allocate funds for registries to identify the diagnosed illnesses and the cause of deaths for the Gulf War veterans of 1990-91.  Ask them for oversight hearings on the issues addressed in the following article.  Ask them to fund research to find the diagnostic tools and effective treatments for these exposures.  Ask them to restore the funds to DR Robert Hailey’s Research at Southwestern in Dallas, Texas.  Ask them to direct in a time table that the Defense Department’s Enhanced Particulate Matter Surveillance Program  be reworked and published.  Ask them to follow the recommendations for funding from the VA RAC GWI for the DOD CDMRP Gulf War Illness Research Program.  Tell them this is not an earmark issue but a issue of urgency for the health of all those Veterans from the first Gulf War in 1990-91 to the current wars.  Ask them to open the door to more full participations of all stake holders on the Gulf War illness issue.  Ask them to bring forward more individual veterans who are suffering or their survivors to testify.  Ask them to bring forward those experts that have yet to testify for example Dr Col Asaf Durakovic and the Preventive Medical Team of the Army that were there and tried their best to do what was right then and now.  Ask them to televise those hearings and encourage news organizations to give full coverage.

That is the Christmas Gift of Caring enough to give your time weekly in an effort to educate and make it better.  Letters and emails with introductory comments with an article that is educational.  We provide the article and you play it forward and help us be heard!

The article below is full of factual information and is the first article to use!  Kelly Kennedy at Military Times is a Veteran herself and has been interviewing and covering the News.  We need more like her at every news organization!  Thanks Kelly and all the Military Times Staff Writers!

Researchers studying dust in Iraq and Kuwait say tiny particles of potentially hazardous material could be causing a host of problems in humans, from respiratory ailments to heart disease to neurological conditions.

After taking samples, scientists found fungi, bacteria and heavy metals — including uranium — that could all cause long-term health effects.

“You can see the dust,” said Dale Griffin, an environmental public health microbiologist with the U.S. Geologic Survey. “It’s what we can’t see that will get you.”

Three recent reports detail the problems, and Griffin said there are more to come.

Capt. Mark Lyles, who chairs the medical sciences and biotechnology department at the Center for Naval Warfare Studies, part of the Naval War College, co-authored with Griffin a report that they presented last year at the International Seminars on Planetary Emergencies in Italy.

The paper summarized their analysis of sand samples taken in 2004 in Iraq and Kuwait, which revealed a “significant biodiversity of bacterial, fungi and viruses of which 25 percent are known pathogens.”

Just as troubling, according to the paper, was the presence of 37 elements — including 15 bioactive metals, including uranium, known to cause serious, long-term health effects in humans.

Heavy metals
Microbiologists Dale Griffin of the U.S. Geologic Survey and Capt. Mark Lyles of the Naval War College analyzed dust samples taken in Iraq and Kuwait in 2004 and found a wide range of heavy metals at rates in excess of World Health Organization maximum safe exposure guidelines. Some don’t even have maximum exposure guidelines because they are not expected to be present in airborne dust. The elements of “greatest concern” and the proportions found in dust samples:

• Arsenic at 10 parts per million: poisonous and can cause long-term health effects or death.

• Chromium at 52 parts per million: linked to lung cancer and respiratory ailments.

• Lead at 138 parts per million: can lead to headaches, nausea, muscle weakness and fatigue.

• Cobalt at 10 parts per million: can lead to asthma and pneumonia.

• Strontium at 2,700 parts per million: linked to cancer.

• Tin at 8 parts per million: can cause depression, liver damage, immune system and chromosomal disorders, a shortage of red blood cells, and brain damage that can lead to anger, sleeping disorders, forgetfulness and headaches.

• Vanadium at 49 parts per million: can cause lung and eye irritation, damage to the nervous system, behavioral changes and nervousness.

• Zinc at 206 parts per million: can cause anemia and nervous system disorders.

• Manganese at 352 parts per million: linked to metabolic issues, Parkinson’s disease and bronchitis.

• Barium at 463 parts per million: can cause breathing problems, heart palpitations, muscle weakness and heart and liver damage.

• Aluminum at 7,521 parts per million. Aluminum was of particular concern to Lyles and Griffin because the metal has recently been linked to “multiple sclerosis and other neurological diseases.”
Some of the toxins may occur naturally in the soil in the Middle East, and some may come from refineries or factories in industrial areas, Griffin said. He also said the toxins could have been exposed or loosened as U.S. Humvees and tanks churned up the hardened desert top layer that has held dust down for centuries.

In a separate study, Griffin researched dust in Kuwait and around the world, and reviewed other studies, and found that bacteria can be carried by the wind. He said that finding contradicts military researchers during the 1991 Persian Gulf War era who did no microbiological research because they incorrectly concluded the region was too hot for anything to live in the desert sand.

A recent Military Times analysis of military health data from 2001 to 2009 showed the rate of respiratory issues among active-duty troops rose by 32 percent; cardiovascular disease rose 30 percent; pregnancy and birth complications were up 47 percent; and neurological conditions, such as multiple sclerosis and Parkinson’s disease, were up nearly 200 percent.

The National Research Council of the National Academies released a report this year that said the Defense Department’s Enhanced Particulate Matter Surveillance Program needs to be reworked, and that the military lacked sufficient data to properly study the health effects of particulate matter exposure.

That report came in the wake of two other military studies — one that looked at various health concerns, and another that looked specifically at heart and respiratory issues. Neither had found any connection to exposure to particulate matter.

But the National Academies report stated that “a large body of epidemiologic research has shown associations between short- and long-term exposures to particulate matter and a broad array of respiratory and cardiovascular effects in the general population and in susceptible people.”

The tiniest particles — up to 1,000 of which can sit on the head of a pin — embed deeply in the lungs along with whatever matter they carry. Griffin said he worries that the combination of bacteria, fungi and metal found in Iraq and Afghanistan can further complicate the health risks to U.S. combat troops.

Noting the rise in respiratory and heart problems over the past decade, Griffin said, “If you look at the [civilian] population, you don’t see these numbers.”

Service members are generally “a healthy group, too,” he added. “You would think they’d be less susceptible.”