Home Government Is Sarah Palin More Dangerous than a Guy in the Hood?

Is Sarah Palin More Dangerous than the Average Guy in the
Hood? 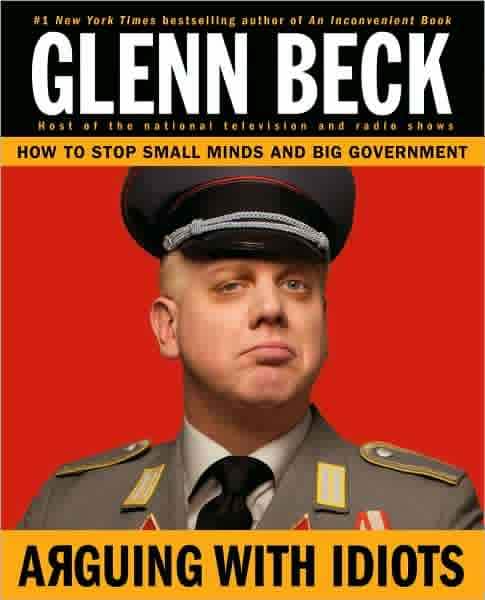 Date: January 15th, 2011
Name: Caroline Miniscule
Subject: Is Sarah Palin more dangerous than the average guy in the hood?
Comment: I don’t think so.
“If you read all the information that is coming out about the loon who attempted to murder Giffords, you find out he was mentally unstable for some time. He could just have easily been set off by watching a WWF wrestling commercial, that shows steroid-pumped guys stomping people on the ground, breaking chairs over peoplels’ backs, and so on. Or he could have been lstening to rap music which disses women and advocates the killing of police officers.”

You’re either being disingenuous or you’re incredibly naive. The fiscal conservatives (the corporatists) are using their army, the social conservatives (social bigots), to gain control over this country by any means necessary – and that includes insurrection. So by failing to speak out against this tactic Obama is allowing these factions to insert fascist rhetoric into the national debate, a tactic designed to both desensitize the American people to the thought of political violence, and to provide the GOP with plausible deniability.

Yes, he was unstable, but that’s exactly who the corporatists are trying to incite with their inflammatory rhetoric to commit their crimes. Just since your comment California  governor, Jerry Brown, has been threatened with a specific day that he’s going to be killed, and in Spokane, Washington a bomb was planted along the path of the Martin Luther King Day parade route. Coincident? I don’t think so.

I’d also like to take a moment to debunk the myth being widely spread by the corporate media that merely mentioning the Nazis in response to what’s currently going on in America is irresponsible and beyond the pale. That’s total nonsense and is in direct contradiction to another adage that states that a crazy person is one who does the same thing over and over again and expect a different result. Thus, the corporate media is literally asking us to embrace insanity.

Demanding that we never mention Nazi tactics in relation to current conditions in this country not only demands that we totally ignore the experience that we gained from the most horrific period in world history, but also assume that there will never be another group comparable to the Nazis in the future.

What if some contemporary force in the nation is comparable to the Nazis, what should we do, ignore them? Therefore, on its face, the adage is a stupid rule of thumb – and the only reason that we’ve even accepted it is because we’re being reprogrammed out of our common sense and away from being independent thinkers.

So what we should actually be asking ourselves is the following: 1). Who’s promoting this nonsense? 2). What is their motive? And 3), what methods are they using to get us to so sheepishly buy into it?

But let me save you the trouble by answering those questions for you. It’s being promoted by international corporatists in order to completely takeover the United States political system. They are systemically reprogramming us by destroying our educational system, and then using their corporate media to whisper in our ear from the time we wake up in the morning until the second we go to bed at night – and not only through the news media, but through televison programming, commercials, the entertainment media, our politicians, and even our brainwashed peers.

Less than a week after the FCC approved the Comcast takerover of MSNBC Keith Olbermann, one of the strongest advocates of progressive views left in broadcasting was fired. Could this be the beginning of the FOXification of MSNBC under Comcast?

Clear evidence of the insidious impact that the corporate media has had on our thinking is, I was told by many in response to my previous article, President Obama’s Flowery Arizona Speech, that it would have been inappropriate for the president to voice political views at a memorial service. That’s another adage that’s mysteriously crept into our collective psyche. How did it get there?  It’s certainly not a part of our history.

During the memorial services for the children killed in the Alabama church-place bombing Dr. Martin Luther King’s said,“These children – unoffending, innocent, and beautiful – were the victims of one of the most vicious and tragic crimes ever perpetrated against humanity.”  I’d call that a pretty forceful political indictment.

So in answer to the question posed, yes, Sarah Palin, Glenn Beck, Rush Limbaugh and many others are very much more dangerous than the average guy in the hood, and  President Obama’s reluctance to speak out against them is clear evidence of that.

Eric L. Wattree
wattree.blogspot.com
[email protected]
Citizens Against Reckless Middle-Class Abuse (CARMA)
Religious bigotry: It’s not that I hate everyone who doesn’t look, think, and act like me – it’s just that God does.