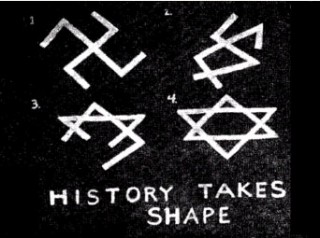 A few days ago, I published a short piece about a BBC global poll gauging attitudes towards various countries worldwide.  In the poll, Israel came pretty much at the bottom. The world seems to dislike the Jewish State, and this is not a big surprise.

The text of the BBC Poll can be found here.

The text is actually far more revealing than I had initially realised.

The following diagram illustrates the popularity and unpopularity of Israel in various countries.
In the last decade Israel and Zionist lobbies have been doing their very best to incite anti-Muslim feelings amongst Europeans. Yet, it seems as if this revolting tactics has backfired. It is actually the Jewish State which European seem to dislike.  In France 56% hold negative opinions of Israel and in Britain the figure is 66%. 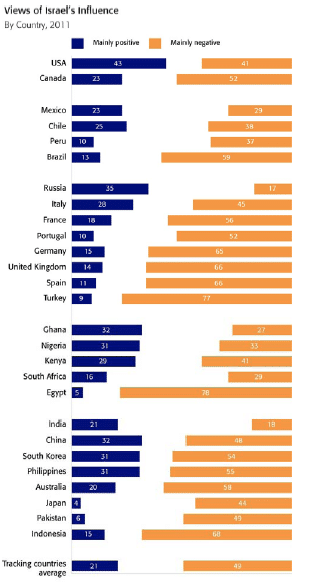 In spite of the relentless and powerful Jewish lobbies operating in both France and Britain,  the people actually see Israel for what it it.  They seem to detest  the Jewish State in  rapidly growing numbers.

But here is the most significant  statistic.  In spite of the  emotional blackmail the Germans have been  subjected to for the last sixty years, it is becoming clear that Germany is just about to liberate itself from the Shoa tyranny of collective guilt . In Germany only 15% are positive about Israel.  65% expressed a coldness towards the Jewish state.

It might well be possible that the Germans have grasped by now that the Palestinians are the last victims of the Hitler. It is also possible that German’s regret of their past has eventually matured into a collective humanist insight , and perhaps it might be that they now realise it is the Israelis that are the ‘Nazis of our time.’

As much as Israel’s world popularity is at its very lowest level, the BBC poll reveals that Germany is  “the most positively viewed nation, with 62% rating its influence as positive.” 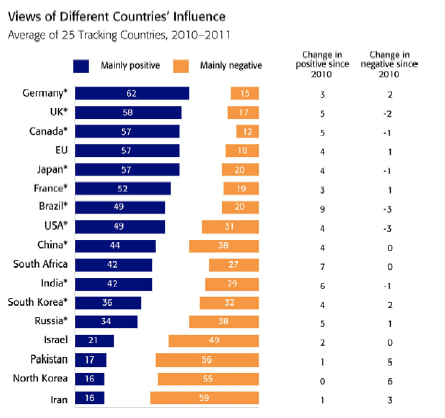 I guess there is a clear message here for Zionists and Israelis: your dirty game is over — Germany and the rest of the world are now officially liberated.

However, I wonder how long it might take for  Germany before it gets the stomach to officially strip itself of its guilt, and look at its glorious past with pride, for they are responsbile for some of the world’s greatest symphonies,  philosophy, science, poetry and industry.

I wonder, how long will it take for the Germans to look into their history with no fear ?

I guess that it will happen pretty soon.