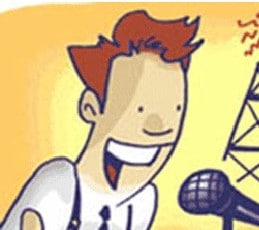 Our very personal concern at Veterans Today is for the safety of US forces and dependents in Japan and, of course, the people of Japan.  We wish to thank Secretary Gates for his leadership in organizing US aid and knowing when to “get out of Dodge.”  The radiation hazard is far worse than made public.  Our thanks also go out to the brave nuclear workers in Japan who have sacrificed their lives to limit the devastation caused entirely by greed and incompetence.  The nuclear industry, a worldwide cabal of thieves and liars, have proven themselves to be terrorists.

I am sitting between two nuclear plants, one at the edge of meltdown and the other continually leaking radiation.  A few miles away is a small town where water has to be hauled in because a plant that built casings for hydrogen bombs has left the groundwater toxic until the end of time.  Using unstable nuclear fuels (MOX) made from weapons, fuels loaded with toxic plutonium 239 is insane, as insane as the worldwide addiction to radioactive weapons, not just dangerous depleted uranium but dozens of other radioactive compounds, all dangerous, toxic, environmentally destructive and capable of ending the hope of reproducing healthy children in any area they are not only used but manufactured or stored as well.

With Mubarak out of power and elections moving forward in Egypt, the new government is likely to have some very different views.

Both Gaddafi and Mubarak recognized that they way to keep the United States and Britain “on the leash” was by playing up to Israel.  This is why Sadat and “others” in Israel had to go.  Mubarak got to bank US aid with Egypt no longer facing two fronts, Libya and Egypt, not as long as Mubarak was willing to play “lapdog” to Tel Aviv.

Both had seen what had been done to Iran, the Iran Iraq War, sanctions, continual Israeli terrorism.  Lesson learned.

Gaddafi, a CIA and KGB asset since 1969 (alternate days), overtly communist and secular, was seen as a high risk “placeholder,” keeping the pot stirred in Africa and playing “bad boy” on command.  Gaddafi’s real hatred is for the French and Italians who have, in a very real way, brought about the current “smackdown” he is suffering.  Gaddafi let himself get outmaneuvered by underestimating his own vulnerability.

Gaddafi bet his life on the “manliness” of Tony Blair.  Ouch!

With Mubarak gone, the Swiss were able to put together a coalition to take down Tunisia as a stepping stone to Libya.  Mubarak was an unexpected prize.

Egypt and France will be gaining defacto control of Benghazi and Eastern Libya.  This isn’t an “oil war” yet.  The French are ready with a blocking force, to be designated as “UN Peacekeepers” who will secure key oil facilities if Gaddafi proves able to sustain operation in Eastern Libya.  Watch for France changing is tune on Gaddafi if Sarkozy receives the right offer from Tripoli.

That one is coming and the big losers are likely to be Britain and the United States.

All the leverage in Libya will be European.

Libya was assembled by Gaddafi on the Yugoslavian model.  He would be “Tito,” ruler for life, and the divided tribes would be stripped of their identities and compressed into a the model of “new socialism.”  What is left is a shadow of an Arab/Berber culture, devoid of leadership and addicted to oil money payoffs from Tripoli.  However, it will be these tribal divides that decide the fate of Libya’s oil resources, in particular the production facilities, the National Oil Company of Libya’s refineries near Benghazi. 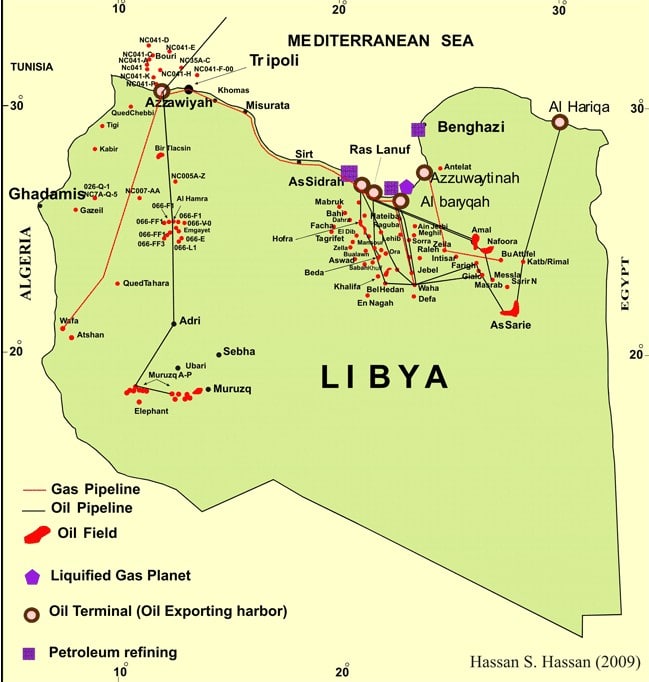 Gaddafi’s ally (and enemy) Israel would be invisible were it not for GLOBAL CST, the Tel Aviv defense firm managing the Libyan offensive against the rebel forces.  With the “4th estate” (the media) acting as a “5th column,” Israel is waging

one war for Gaddafi, using krypto-assets like Harmon’s NEWSWEEK organization to spread panic and dissension. In a “SURRENDER DOROTHY” piece, NEWSWEEK, well, read it yourself:

Gallal isn’t the only council member who escaped. A handful of others took shelter in Tobruk, a city near the Egyptian border. With reports that Ghaddafi’s forces are marching up a desert highway toward Tobruk, it may not be long before these council members flee the country, too. And the dreams of a democratic state that they argued for so passionately may be snuffed out with their departure. “We screamed and we screamed. We said we have a just cause,” says Gallal. “Now in my heart and soul I feel broken.”

In truth, Gaddafi’s forces in Benghazi are cut off, their supply route cut off by allied bombing.  The idea of troops approaching Tobruk is actually amusing.  The Egyptian Army is waiting for them with open arms.  “Good luck with that.”  The Egyptian Army has been waiting since 1973 to settle with Gaddafi.  The “reinforced” border guard elements sent west by the provisional government in Cairo are considered “overly robust” for their official task, protecting refugees.

Admiral Mullen, Chairman JCOS, has debunked the NEWSWEEK claim.  Reports indicate that Benghazi is under no threat and the idea of Gaddafi forces advancing on the Egyptian border are absurd.  An attempt by Gaddafi forces to reinforce troops cut off by UN action

The two nations were at virtual war with one another from 1973 through 1977 .  The geopolitic of that era is long since expired with the demise of the Soviet Union and the dream of Gaddafi to lead Arab nations into an awakening of Marxism, financed and armed by Moscow.

This is the real nightmare for the United States and the most volatile area in the world.  Troops from Saudi Arabia, Kuwait and other states of the Gulf Cooperation Council, after a request from the Sunni government of Bahrain, entered the tiny kingdom, home of America’s 5th Fleet.  Secretary Gates said he had no advance warning and privately indicated that the US would monitoring the crackdown on the majority Shia population.  Bahrain, an island with a population of about a million, half foreign “guest workers,” half of those from India, is 75% Shia.

The “dancing act” there is maintaining control by the Sunni minority while giving the appearance of being a constitutional monarchy.  To accomplish this, Bahrain is a police state.

Bahrain is the most critical piece of real estate in the world.  Its government tries to mix social welfare, women’s rights and the appearance of democracy as a ploy to disguise autocratic rule with tremendous economic inequities.  Thus, Bahrain was ripe for “regime change” and has been for 20 years.  Religious political parties with a history of ineptitude and corruption make up the constitutional assembly.

The great “boogeyman” of Bahrain is Iran, or so we are led to believe.  An endless game of “cat and mouse’ is played in Bahrain, hunting down Iranian spies, “rogue” Shia clergy or imaginary terror cells.  It is rumored that every third person in Bahrain is a spy or government informant.

What Bahrain represents is “ground zero” for the planned globalist conspiracy against Iran.

You say, “What globalist conspiracy against Iran?”

We hope you didn’t say that.  I can understand questioning who “globalists” are but not that Iran is the primary target.  Another question no longer in dispute is that Israel and its network of operatives are again ramping up for world conflict over Iran.

Their last failure was Bahrain, 2007 when false flag terror attacks aimed at American military were broken up.  A “terror cell” assembled by local security forces and Israeli operatives at the behest of the Bush White House had been assembled.  Pristine Iranian passports, no terrorist should travel without a fireproof passport as 9/11 taught us, would rain from the skies while American sailors writhed in agony, victim of a dirty bomb attack.

Those who broke up this terrorist plot are being sought by the FBI for a series of crimes.  Patriotism has a very real price.  We are waiting for Wikileaks to find the cables on this one, and there are many.  I suspect we will wait a very long time.