President G. Bush often referred to the well known “mushroom cloud” as a terrorist signature. Nope, just standard operating procedure (SOP) in the stationary nuclear weapons biz-ness, otherwise known worldwide as “Nuclear Power Reactors.” Except, in the Fukushima Daiichi Nuclear Weapons, the biggest ever, the “mushroom” portion is invisible and has engulfed the whole world with 70 Billion Radioactive Lethal Doses* – so far. There’s more on the way.

Truly, it is as if the entire world is At War! The dreaded all-out nuclear war that would happen if Russia or the United States accidentally “Pressed The Button” is going on right now; it is a done deal. Imagine that! The same thing as detonating 2,000 big Atomic Bombs and not even one “BOOM!” Not a shot fired, yet we could all die!

No giant forest fires, no burning cities creating their own hellish, uncompromising firestorms. None of that; but, every bit of the radioactive contamination such an Atomic World War would create; and probably more. For unbelievably, there are more Japanese reactors about to blow. It’s a chain reaction.

It remains a thinly veiled secret of the nuclear powers that it only takes about 300 One Megaton nukes to target the entire world. Typically, the world’s nuclear weapons arsenals were originally built with a 350-year shelf life for major components. In fact, the radioactive materials are “safer” locked away securely in heavily guarded Atomic Bombs, than in loosely managed reactors run by utility companies for supposedly “peacetime” purposes. The worldwide nuclear war we’ve got is not the war we feared.

For now, we all wait and try to avoid the 10 radioactive particles set free for each of us on Earth, from Fukushima’s triggered stationary nuclear weapons. Feel free to figure out how to dodge lethal, airborne particles you can’t see.

So far, the Fukushima disaster for Planet Earth is by no means resolved. The Powers That Be at TEPCO (the Tokyo Electric Power Company) and General Electric, makers of the reactors that created this killer, worldwide, invisible mist, say that they might get a handle on the situation in “six to nine months.[1]”

The seven billion people on Earth don’t have “six to nine months.” Every single day that goes by the radioactive Fukushima Volcano slaughters more of us – silently with deadly radiation now or, years from now, with the inevitable cancer pandemic that will follow.

The ten thousand trillion counts[2] of radiation gushing forth per hour bring mortal illness to many of us. Aye, maybe even for most of us our own deaths are written on the Fukushima Radioactive Volcano Wind.

Make no mistake about it. Many of us will die from the Fukushima Nuclear Weapon. Go ahead; try to read the wind. You must have a Radiation Monitor to even start. A good one costs $400.00. The price excludes most of us. 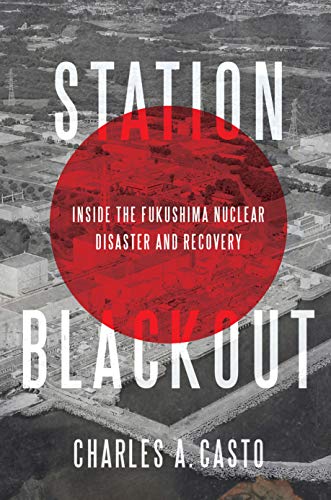 About $400.00, give or take, is the price of admission to the exclusive club that will be able to chart the disaster at home, and take measures accordingly to protect themselves as much as possible.

The oft foretold Nuclear World War just happened; many of us are walking dead already. Do you want to take an action before you or someone you know is dead from the Fukushima Nuclear Weapon?

Theoretical Physics Professor and noted author Dr. Michiu Kaku already told CNN and the world what the solution is to the Fukushima disaster. It is pretty simple really, not rocket science. After all, it is already completely worked out, we have seen this before. It is Chernobyl on a grand scale.

If you control an Army or Air Force, “Kaku the Reactors!” Yea, count on it, those people do read VeteransToday.

If you are just a working stiff waiting your turn to do the Fukushima Nuclear Shuffle off this planet, then tell your neighbors:

“Let’s Make Them Chernobyl the Reactors!”

Remember, as Albert Einstein famously said “There are no secrets.” The facts of Three Mile Island, Chernobyl and Fukushima are all known. There is no mystery; there are no excuses; in short, there is no other way. Bomb the fuck out of The Fukushima Killing Machine. Get off your asses and do it. It takes aircraft, sand, boron, water, concrete, and the simple will to “Chernobyl the Reactors.[3]”

Politicians worldwide will either kill the reactors or they won’t. Talk is cheap. Life is even cheaper. We must kick their asses at the first and every opportunity; we must punish them and not let up until we see the reactors dead.

English Translation. Any errors of translation are my own and I take responsibility for the English version. – Bob Nichols

Fukushima, or rather the almost 200 tons of fuel present in the four reactors and the 2800 tons of old reactor cores in big 40 ft deep swimming pools that stand over the reactors, represent a lethal and potentially apocalyptic contaminant for the internal poisoning of the whole human race. Taken together, the active reactors and old cores are equivalent to 2000 atomic bombs of 500 kilotons each. Fukushima is then, capable of dispersing in the biosphere, five times the long lived breathable radioactive poisons, cesium 137, Strontium 90, plutonium 239, etc., than all the combined nuclear detonations to date. It is as if Fukushima were equal to a 1000 megaton Atomic Bombs; or expressed another way, 2,000 individual 500 kiloton Atomic Bombs.

Note: Around 360 Kilos of Cesium 137  were released in atmospheric testing – 190 Megatons-. Fukushima and its nuclear waste products can release 1800 Kilos! One Megaton is arrived at by the fission of about 57 kilos of Uranium 235 or of Plutonium 239. That means that every Megaton produces 57 kilos of fission products of which 17 kilos (30 %) are fission elements with a life of more than a year, Strontium, Technetium, Promethium, Samarium, Europium, etc. Every megaton also yields about 23 kilos of activation products such as U236, Plutonium238, Plutonium239, Plutonium240, Plutonium241. Am241, etc.