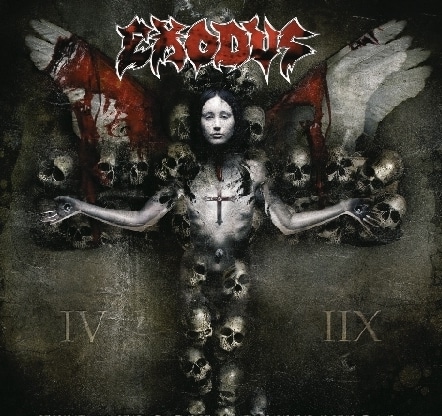 “Even With archeology aside and relying only on your sane mind you would still reach the same conclusion; the exodus never happened”

History is passed over at the Jewish Passover

Passover, or Pesach in Hebrew, is an eight-day spring holiday that celebrates the Israelites’ exodus from Egypt.
What is the Exodus?

It is the story of the departure of the Israelites from ancient Egypt described in the Hebrew Bible.
The Hebrew Bible is the pride and joy of every Jew. It is the book of Yahweh, their chosen God, as they are his chosen people.
In Judaism, all the tales of kings and prophets, of conquests and defeats, of captivity and Diaspora and of a united kingdom and some holy temple, it all depended on this ancient story of enslavement and suffering of the ancient Israelites in Egypt under an allegedly ruthless and heathen Egyptian king, or what the Hebrew Bible mistakenly called Pharaoh.

But strange enough, and according to historians of the ancient Near East, Egypt was no land of the heathens, On the contrary, it was exactly in Egypt where the human conscience dawned on earth. The ancient Egyptian civilization which sprouted along the banks of the river Nile, had been mostly of religious and ethical legacy that heavily influenced the way religion had evolved on earth.
This story of exodus is the corner stone of the Israelites’ narrative throughout history; it is their favorite ancient melodrama upon which they claimed divine rights to the land of ancient Canaan.

They simply stripped the fertile portion of the land from its indigenous Canaanites and proclaimed it theirs by Yahweh’s decree. In a way that carries gloomy echoes of the present day story of the land grab and the ethnic cleansing of the descendants of Canaanites, the Palestinians, by the modern Jews, the Israelis.

Following the WWII, the modern Jews used, or rather exploited, the story of the calamity of the mass killing and the concentration camps as a non- negotiable pretext to displace the Palestinians and take their land to be their new Zionist state declared by a biased UN decree.
Likewise, the ancient Israelites embarked on their imaginary narrative of an ancient kingdom after they had successfully fled out of the horrors and years of alleged torture and persecution in ancient Egypt.

In a way, the Exodus after years of unbearable suffering and humiliation on the hands of the Egyptian empire seemed as if it was the Holocaust of the ancient Israelites but with sparing the ovens’ part.

But while we have historical evidence of the holocaust, which the Zionist media managed to augment dramatically, the suffering of the Israelites in ancient Egypt and the exodus stand refuted and totally unsubstantiated as far as history is concerned.

A century of research by renowned archaeologists and Egyptologists has found no evidence, what so ever, which can be directly related to the Exodus narrative of an Egyptian captivity and the escape and travels, for 40 years, through the wilderness of Sinai.

Even more, throughout the entire and long span of the ancient Egyptian kingdom (3100-332 BC) there had been absolutely no mention or any evidence of Egyptians mistreating or isolating foreigners in certain ghettoes. On the contrary Egypt was the world trade center of the ancient times with its markets and trade routes replete with foreigners from the Far East, the Mediterranean coast and the African horn in the south.

According to Exodus 12:37-38, the Israelites numbered “about six hundred thousand men on foot, besides women and children,” plus many non-Israelites and livestock. Numbers 1:46 gives a more precise total of 603,550. The 600,000, plus wives, children, the elderly, and the “mixed multitude” of non-Israelites would have numbered some 2 million people.

A crowd of that multitude couldn’t have passed through the peninsula of Sinai at the eastern Egyptian borders uncommented upon or without leaving an archeological trace. But that what we have on hand, as modern archeologists- including Israelis– have declared after failing to find any shred of historical evidence of the exodus or the encampment for 40 years in Sinai. They found not a piece of broken pottery or a small bone or even a left behind vessel, absolutely nothing.

And while history is unable to recall any memories of the Exodus and archeology refutes it ever happened in the first place, the Hebrew Bible laden with historical anachronisms remains the only source of information behind this imaginary mega-event.
Even With archeology aside and relying only on your sane mind you would still reach the same conclusion; the exodus never happened. 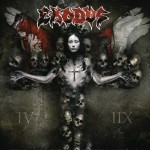 Playing back the catastrophic scenes of the unbelievable ten plagues that hit Egypt by the avenging god of the israelites, you would wonder how such a horrendous scale of devastation could have taken place without being mentioned in the scrolls of ancient Egypt, which apart from all ancient world civilizations, is recognized for its meticulous documentation of its history and state affairs.

Egyptian scribes with their inscriptions on the temples and papyri kept a fairly accurate record of the chronicles of ancient Egypt.
But never a reference to such alleged Exodus had been mentioned in the Egyptian records.

Not even once, the Exodus or the ancient Israelites were mentioned in the Egyptian documents while the Exodus is referred to around 150 times in the Bible with pharaoh mentioned alone around 20 times.
What does that tell us?

May be the Israelites were so insignificant and unessential the Egyptians never noticed their existence or bothered to. As a matter of fact, and according to modern archeology, the Israelites were a bunch of herders at the eastern borders of the kingdom with the Egyptians referring to them as the filthy and impure Asians for they were known for their unhygienic outlook and practices and by their notorious reputation as plunderers.

According to the zombie revenge type of Yahweh, the river Nile turned into blood, the land of Egypt had been menacingly fraught with the perils of flocks of frogs, lice, flies, locusts and wild animals and under the abrupt and total shutdown of daylight the first-born of all humans and animals were mercilessly killed by the passing over angel of death.

And amidst that horror and disaster the Israelites were busy looting Egyptian treasures while their god was joyfully watching. They had to leave Egypt in a hurry before the pharaoh and his army could catch them and impede their majestic exit.

The exodus from and into Egypt

And now to the funny part of this exodus story.

Due to the Hebrew scribes’ lack of geographical knowledge concerning the borders of the Egyptian empire and its sovereignty at the time, and lacking any GPS satellite technology, it somehow slipped their attention that going out of Sinai and entering Canaan did not necessarily mean exiting Egypt, as Canaan was just another Egyptian territory with fortified Egyptian garrisons and check points everywhere.

Reviewing that horror stories of the Passover you can’t help but to wonder how ancient Egypt – in the absence of anything like the UN relief efforts in our modern times- ever managed to escape total annihilation and collapse.

If those natural disasters ever stroke the land of the Nile simultaneously and in that extreme manner that had been depicted in the Hebrew bible, ancient Egypt would have been wiped off the map permanently or at least collapsed as an economical, military and political power.

Historians are inclined to place the exodus at the middle 15 century BC, but curiously enough, Egypt at that time- the new kingdom time- was at its pinnacle of strength and prosperity. During that period of time, ancient Egypt with great kings like Thutmose III, Akhenaten and Tutankhamun reigned over an empire reaching eastward to the borders of Iran and Syria and southward to the sources of the Blue Nile in Sudan.

Simply, Egypt was the super power of the ancient world at that time and for centuries to follow.

To cut a long story short, and according to archeologists and geologists; the Passover environmental disasters along with the presence of those hundreds of thousands afflicted Israelites is nothing but a myth that runs counter to the archeological truth, environmental geology facts and chronicles of ancient Egypt.

And if history stands skeptical about this tale of the Exodus from ancient Egypt, what does that say about the rest of the ancient Israelites’ narrative that happened to depend primarily on this story and regard it as self-evident and totally axiomatic.

After thousands of years, the exodus memory had transformed, for modern Jews, into matzah snacks and gathering around the Seder meal while telling the story of the exodus to the children so that it would grow up with them to be retold again to their children.
And this is how historical authority is being systematically undermined every passing year at the Passover. And this is why the Jews are absolutely the best storytellers ever.

[youtube uAbOJ_-Xfic&feature=related Archeologists, Neil Silberman, Israel Finkelstein and Donald B. Redford commenting on the historicity of the Bible and the Exodus…very revealing and compelling]
Related articles:

– The exodus from Egyptology