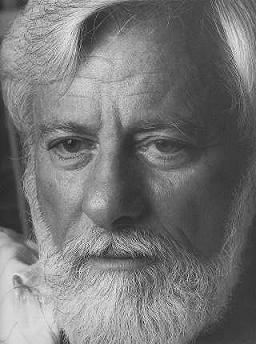 Uri Avnery has demonstrated a talent for dissecting the Radical Zionist mind like no other…and while they are still alive, too.

Few have had the birds eye view that he has had…in the Irgun as a teen, a young rebel Knesset member, journalist, peace activist, and now it his 80’s, the chronicler of the Soul of Israel.

The WWII Japanese attempted to do this. When they experimented with chemical warfare on Northern Chinese villages they sent their medical people to do autopsies on victims literally in the field.

They cut them open while they were still living to view the effects the chemicals had on fresh organs. American POWs were also experimented upon in this same program, but few of us are aware of that.

These Japanese war crimers from Unit 731 bought their way to freedom by making a deal with the U.S. to turn over all of their experiment records. You see we had no human testing date for chemical weapons, and no immediate prospect for getting any, so the dirty deal was done for ‘national security’.

But as Uri will describe below, this ‘instilled memory’ is a never ending process in Israel. The Zio-Supremacists have honed the art of attacking the minds of their own people, and rendering them powerless to resist. To what you might ask? To anything that Dr. Jekyl and Mr Hyde chose.

I won’t spoil Uri’s piece for you. It’s another gem. But I will inject that this is not purely a Zionist crime, despite their being so good at it, and so ruthless, especially to their own people. This nasty art is practiced all over the world…where reality is replaced with Alice in Wonderland, to a point where people will now die for Alice.

Disinformation is an industrial scale business today, and the ‘free’ institutions which our Founding Fathers fought to establish and protect have fallen to a new kind of Zombie attack, where the brains are sucked out instead of the blood.

The victims, now still living, will believe anything they are told, if done in the right way and often enough.

So heed my words. As you read Uri’s dissection look at your own life and beliefs. Are they a really yours…or someone else’s. Oh…No, you say? Then prove it. Because those who have had their minds stolen, or who turned them over for two Disneyland tickets…they can’t.

FOR SEVERAL weeks now, our army and navy have been in a state of high alert, bravely facing a deadly threat to our very existence: ten little boats trying to reach Gaza. These vessels are carrying a dangerous gang of vicious terrorists, in the form of elderly veterans of peace campaigns.

Binyamin Netanyahu has affirmed our unshakable determination to defend our country: We shall not let anyone break the blockade to smuggle rockets to the terrorists in Gaza, who will then launch them to kill our innocent children.

This is a kind of record even for Netanyahu: not a single word is true. The flotilla is not carrying any weapons – the representatives of respected international media in the boats provide assurance of this. Also, I think we can rely on the Mossad to plant at least one agent in every boat. (After all, what am I paying my taxes for?) Hamas has not launched rockets for a long time – it has very good reasons of its own to keep the unofficial “Tahdiyeh” (“Quiet”) agreement.

Israel’s total mobilization, the training of the naval commandos for capturing the boats, the acts of sabotage carried out in Greek ports, the immense political pressure exerted by Israel and the US on the poor, bankrupt Greek government – all this has kept this minor initiative in the news for weeks now, drawing attention to the blockade of the Gaza Strip.

What is this blockade for? There is no ascertainable reason for it now, if there ever was one. To terrorize the Gaza people into overthrowing the Hamas government, the victor in democratic elections? Well, it didn’t work, did it?

To compel Hamas to change its terms for a prisoner exchange which would release Gilad Shalit? That didn’t either. To prevent the smuggling of arms into the Strip?

The arms are flowing freely through a hundred tunnels from Egypt, if we are to believe what our army tells us. So what purpose does the blockade serve? Nobody seems to know. But it is the rock of our existence. That much is clear.

As a result of world pressure following last year’s flotilla, the blockade was eased considerably. But Gaza manufacturers are still prevented from getting their products out of the Gaza Strip – thus condemning most of the population to unemployment and abject poverty.

The same goes for the disgusting trade in human remains. Netanyahu promised to turn over the remains of 84 “terrorists” (both Fatah and Hamas) to Mahmoud Abbas as a gift. At the last moment, he reneged. His people make believe that these remains, by now hardly identifiable, may serve as bargaining chips in the game for releasing Gilad Shalit.

The same goes for the actions against yesterday’s fly-in of international peace activists though Ben-Gurion airport. All they wanted was to go to Bethlehem and Gaza, which can only be reached by crossing Israeli territory. Almost a thousand police officers were mobilized to meet that threat.

All of these unthinking knee-jerk reactions: We must be strong. Everywhere there lurk mortal dangers. Israel must defend itself. Otherwise there will be a second Holocaust.

THIS IS an interesting phenomenon: people see innocent-looking elderly human-rights activists on their TV screens and believe they are seeing dangerous provocateurs, because the government and most of the media tell them so.

Sinister “Arab and Muslim” individuals are hiding in the boats. An Arab American on one boat has been unmasked as somebody who has collected money for a Hamas social institution. A dangerous terrorist! How absolutely awful!

This week I got an e-mail message from a man who remembered something from the time he was a pupil of my late wife, Rachel, in first grade.

Rachel asked him to raise his right hand. When the boy did so, Rachel said: “No, no. That is your left hand!” She turned to the other children and asked them, which hand it was. Following their teacher, they shouted in unison: “The left! The left!” Seeing this, the first boy started to waver. In the end he conceded: “Yes. It is the left hand.”

“No, you were right in the first place,” Rachel assured him. “Let this be a lesson to all of you: if you are sure that you are right, insist on it. Never change your view because other people say the opposite.”

Quite by chance, straight after reading this testimony, I saw on TV the results of a scientific investigation by Israeli researchers into “instilled memory”.

Neurological research then showed that this is can actually be seen happening in the brain: the imagined memory replaces the real. Social pressure has done its work: the instilled memory has become real memory.

I believe that this is even truer for an entire nation, which is, of course, composed of individuals. I have seen this many times.

For example, for 11 months before Lebanon War I, not a single shot was fired from Lebanon into Israel. Against all expectation, Yasser Arafat had succeeded in enforcing a total cease-fire even on his Palestinian opponents. Yet after Ariel Sharon started the war, practically all Israelisclearly “remembered” that the Palestinians had shot across the border every single day, turning life in Israel into hell.

There is a mental disorder called “paranoia vera”. Patients adopt a crazy assumption – e.g. “everybody hates me” – and then build an elaborate structure around it.

Every bit of information which seems to support it is eagerly absorbed, every item that contradicts it is suppressed. Everything is interpreted so as to reinforce the initial assumption. The pattern is strictly logical – indeed, the more complete and the more logical the structure, the more serious is the disease.

Among the accompanying symptoms are belligerent behavior, recurrent suspicions, disconnection from the real world, conspiracy theories and narcissism. It seems that whole nations can fall victim to this illness. Ours certainly appears to have.

The whole world is against us. Everybody is out to destroy us. Every move is a threat to our very existence. Everyone critical of Israeli policy is an anti-Semite or self-hating Jew. Indeed, even when we do a good thing, it is turned against us.

Witness: We left the Gaza Strip and even dismantled our settlements there, and what did we get in return? Qassam rockets!” (Never mind that Sharon refused to turn the Strip over to any Palestinian body, leaving a void. He cut it off from the world and turned it into one big prison camp.)

Witness: “After Oslo we armed Arafat’s security forces, and they turned their arms against us!” (Never mind that we never quite fulfilled our commitments under the Oslo agreements, that the occupation got more oppressive and that the settlements on Palestinian land increased by leaps and bounds. Also, the Palestinian security services never actually acted against Israel.)

Witness: “We withdrew from South Lebanon and what did we get? Hizbollah and Lebanon War II!” (Never mind that Hizbollah was born in reaction to our 18-year occupation there, and that we ourselves chose to launch the second Lebanon War after a minor border incident.)

Israel is not the only country to suffer from this affliction. At some time, the Germans have been afflicted. So have the Serbs. So, to some extent, has the US and many others. Unfortunately, the costs of paranoia are very high.

So let us start to behave like sane people. Let the little boats go to Gaza. Let arrivals at Ben-Gurion airport go to the Palestinian territories and pick olives, if that’s what they want.

Even if we do behave like a normal nation, Israel will continue to exist. Really!