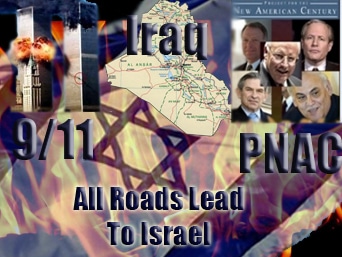 Killings of American Military by Israel, Lied About in Press

by the Editorial Staff and Majority of Contributors at Veterans Today

On June 8, 1967, land and sea military forces of the State of Israel attacked a clearly identified and flagged American ship, the USS Liberty, in international waters, killing and wounding nearly 200 of 296 on board.

The ship was virtually unarmed, flown over for hours by Israeli patrol planes and, at every moment, flew an American flag.  Lifeboats were strafed (one is kept in Israel even today as a “war souvenir”) and medical corpsman and fire crews were strafed, rocketed and napalmed.  The ship was attacked for hours, their communications jammed.

To this day, Israel tells its military forces that America was aiding Egyptian forces during the 6 Day War.  Similarly, they tell the public that they mistook the USS Liberty, the most modern communications ship in the world at the time, for an Egyptian barge.

Newspapers and TV networks, under pressure or direct control by Israel, to this day, including those in the United States, still back this lie as do members of congress.

An unofficial state of war has existed between Israel and the United States of America since this time. Proof is overwhelming, there is no question that Israel is lying.  This has been covered up long enough.

On October 23, 1983, the Marine barracks outside Beirut, Lebanon was attacked by an explosive device.  Israel admits they could have prevented the attack but chose not to in order to protect “intelligence assets.”

The truth is totally different.  The attack, killing 241 Americans, wounding 60, was perpetrated, intelligence sources all admit, by Israel who resented American involvement in Lebanon and was “teaching their willful ally a lesson.”

The explosion was not a truck bomb, as we now learn from top level former Soviet nuclear intelligence sources but rather a small nuclear device supplied to Israel by the United States for their “defense.”  This explosion was the largest on earth since the US nuclear bombings of Japan in 1945.  Intelligence on this crime is complete and unequivocal.

Other reliable evidence, suppressed from the media indicates that Israel has supplied North Korea with nuclear weapons while orchestrating a public relations campaign to blame Pakistan.  The 2009 explosion by North Korea was clearly identified as a weapon build by Israel at Pelandaba in South Africa, one of 10 weapons built there. [Editor’s Note]:  This is how they were moved.

Intelligence sources have tracked the weapon’s shipment from there to Durban to Oman to Cyprus and then to North Korea.

We have the names of many involved in the weapons design and manufacture, those who physically handled the movement of the weapon with whom we are in contact, we know of those involved in this hijacking including murdered whistleblower Dr. David Kelly and now have confirmation of movement, storage and reshipment from Cyprus.

Further, we have broad evidence of Israeli control of an organization known as PNAC — Project for a New American Century and efforts by that organization, ostensibly American but run by Israeli citizens, in the planning of the 9/11 attacks in New York and Washington.

They were also involved with the falsification of intelligence leading to, not only the invasion of Iraq but that of Afghanistan as well and the fabrication of the myth of Osama bin Laden and Al Qaeda, as cover for acts against peace and world order including aggressive war, massive financial crimes, kidnapping, murder and torture.

Broad cooperation from the world press, now almost entirely controlled and members of the Bush administration along with rogue members of America’s military, led by an extremist religious sect known as “Dominionists” and a traitorous “parallel and privatized” CIA group took part.

Evidence further implicates the same group in hundreds of car bombings across Iraq, the church bombing in Alexandria, the recent killings in Norway, the bombings in Bali, the attempted aircraft bombing in Detroit, the attempting bombing of Times Square, terror attacks inside Iran.

And you can add in the use of white phosphorous and cluster munitions against civilians in Gaza and numerous assassinations of whistleblowers such as John Wheeler in the US or political opponents such as murder of Mahmoud al-Mabhouh in Dubai, the assassins used forged passports of British, Australian and other allies.

On May 19,2010, military forces of the State of Israel attacked unarmed aid ships in international waters, an act of piracy, executing 9 civilians including an American citizen.  They then doctored video and audio tapes to justify their illegal acts.

The state of Israel has systematically gained control over key institutions in the US, Great Britain and elsewhere, as evidenced by recent events outlining crimes committed by Newscorp and its staff and owners.  This organization, which controls the Wall Street Journal, New York Post and Fox News in the United States, has long orchestrated spy activities and a pattern of bribery, blackmail and political warfare.  In Britain, numerous members of this organization are under arrest and, as of yesterday, Prime Minister David Cameron is being asked to resign based on his complicity in placing a known criminal tied to this group as his public information officer.

These media organizations, the largest and most powerful in the world, aided by AIPAC, the Israeli lobby group in Washington and the ADL (Anti-Defamation League) and other such groups masquerading as “anti-hate groups” have been waging war against the United States for decades.

We demand that the current government of the state of Israel be recognized as an enemy combatant up to and until they are brought to justice for the crimes outlined above.

All Israeli citizens, including “dual citizens,” American’s carrying Israeli passports should be detained and subjected to proper immigration procedures, immediate detention and expulsion until a document reestablishing peace between the two nations can be negotiated.

The United States should demand extradition of anyone in Israel involved in the planning or execution of the attack on the USS Liberty, the Marine barracks in Lebanon or the Mavi Marmara.  Additionally, the planeload of Israeli citizens flown to Tel Aviv to avoid FBI interrogation along with those arrested as terrorists on 9/11, a fact few Americans are aware of, should be returned for questioning and trial.

Similarly, any covert Israeli activities in Iraq and Afghanistan against American forces there must cease immediately, including training and supply of Taliban terrorists, activities the American intelligence agencies have been ordered to keep from both congress and the public.

Redress and Pattern of Deception

In addition to staging acts of terrorism inside the United States, attacks on American miltiary forces outside the United States and broad evidence of a multi-generational covert war mean to serve a globalist economic entity in no way whatsoever tied to the security of Israel or the welfare of the Jewish people, a broad systematic campaign of propaganda, disinformation and deception using, not only news agencies but the entertainment industry, has, in itself, been an act of war on America.

Adding to this, the systematic undermining of education institutions and a systematic use of economic pressure, bribery, espionage and violence against anyone courageous to take a genuine patriotic stand for America and its people, any and all involved in the decades of lies, misstatements and outright hatemongering must be removed from areas of control of communication, education or participation in areas of public trust.

Deceptive materials, those whose message is clearly factually wrong or obviously propagandized, must be removed from our society as “hate speech.”

Imagine.  America and Israel, nations that should be the closest of friends, involved in a covert war for over 40 years, a war with untold casualties, unreported, lied about, destructive to both nations, disastrous to world peace, a conflict now responsible for millions of dead and fewer know of this than know yesterday’s sports scores.

When representatives of Israel, many as unaware of the facts stated above as are many Americans, come to New York for the United Nations General Assembly and for remembrances of the 9/11 attacks, we request that hotels in New York deny them lodging.

We know that Israeli citizens own over 60% of New York’s real estate.  They even controlled the World Trade Center on 9/11.  Larry Silverstein added terrorism coverage to his new lease on the towers and collected twice from his insurers picking up almost $8 billlion.

Their film crews were set up well in advance to photograph the demolitions, misrepresented as due to “aircraft hijackings.”  Others tried to destroy tunnels and bridges on that day. 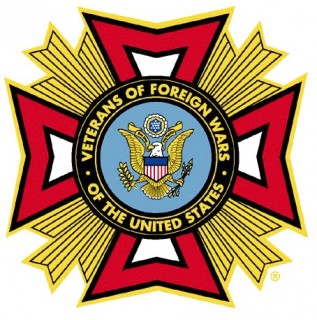 This letter is in support of a request for a House Resolution to acknowledge the actions of Mr. Larry Toenjes, who is sailing a 39-foot sailboat from Galveston, Texas, to international waters north of the Sinai Peninsula to commemorate the 44th anniversary of the unprovoked attack on the USS Liberty on June 8, 1967.

The Veterans of Foreign Wars of the United States salutes his actions and the efforts of the USS Liberty Veterans Association to keep this issue alive, despite continued actions by the U.S. Government to forget that 34 died and 171 were wounded in a naval incident never investigated by Congress.

We understand from Liberty survivor and Association President Joseph L. Meadors, that the U.S. Embassy to Israel has already rejected an invitation to rendezvous with Mr. Toenjes for the onsite ceremony, citing the lack of seagoing vessels. We hope this request to recognize one American who is sailing 7,000 miles to commemorate those who fell will receive a more favorable response.

Forty-four years is far too long a period to remain silent about an ugly chapter in American history that others refuse to forget.