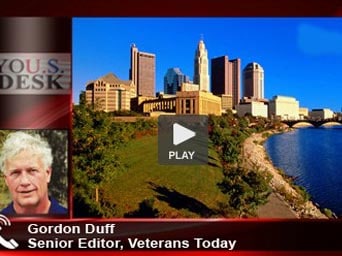 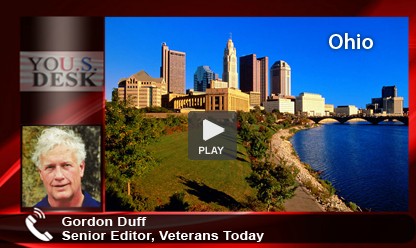 ‘Pentagon attacked by a cruise missile not a passenger plane’

Leaked videos of the 9/11 attack against the Pentagon confirm eyewitness accounts that the attack was not carried out by a passenger plane as officially stated but was rather the work of a cruise missile hitting the building from a different angle.

“There were 85 videos; a second video was released yesterday (August 29). Now it hasn’t been carefully vetted but it appears to be quite genuine that clearly shows a cruise missile from another angle hitting the Pentagon,” Gordon Duff, senior editor of Veterans Today, told Press TV’s U.S. Desk on Tuesday.

The people at the scene of the attack including CNN reporters say that they saw no plane wreckage following the attack, Duff added.

He said there are “reliable reports” from airline pilots stating that it would be “impossible” for the plane and any pilot including the top air force and navy pilots and the Top Gun instructors to have flown a plane to have accomplished what was accomplished.

“We have engineers at Boeing the company that manufactured the plane that supposedly hit the Pentagon that say it couldn’t fly that fast, it can’t fly that low, it can’t make those turns and it couldn’t have been there,” the investigative journalist added.

He further said that other physical evidence gathered at the scene of the attack against the Pentagon all indicate that it could not have been carried out by a passenger plane. Duff concluded that “it is our belief that members of the U.S. government and one other foreign government were complicit in the planning and execution of the attacks on 9/11.”