Home Government We Are All Neo-Cons Now 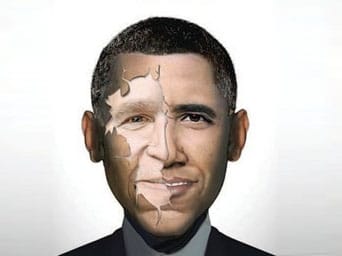 “If Obama is pursuing policies similar to those taken by George W. Bush, why do we not see any giant protests against him from the Left, of the kind regularly seen during the Bush years?”

Recently, some of our most able pundits have been arguing that neoconservatism is dead.

As usual, The Daily Beast’s Peter Beinart leads the pack. He could not have stated his case more clearly than here: “the ideology that 9/11 made famous — neoconservatism — has died.” Beinart is certain of this. His evidence? Al-Qaeda is finished; not only Osama bin Laden is dead, but now his second in command, Abd al-Rahman, has been killed by the U.S. No longer is jihadism a major threat, “a threat on par with Nazi Germany and the Soviet Union,” he argues. It is “sliding into irrelevance,” leaving the U.S. with quite a different challenge — that of China’s authoritarian capitalism. What killed al-Qaeda, he says, is “exactly the narrow targeted policies that neoconservatives derided.”

Obama has gained his ends through intelligence and drone strikes, Beinart argues, and any resulting democracy in the Middle East comes not from the United States, but from the local rebellion of young Muslims. He also argues that Republican candidates are not attacking the president along neoconservative lines; instead, they largely avoid the issue, since they “have little appetite for the neconservative agenda of continued war in the Middle East.”

He implies that we should get out of Afghanistan, because it is not worth the cost of American lives, and because we can’t afford it. Right or wrong, the money is not there, something he says neoconservatives never paid attention to. America, he says — sounding like a conservative — must pay attention to limits, and we must hold in our grandiose ambitions.

Is Beinart right? First, let us point to a factor he pays little attention to: that despite a confused and ambivalent doctrine in foreign policy, President Obama is pursuing much of the same “neo-con” policies advocated by George W. Bush and Dick Cheney in their administration. No one has made a stronger case for this than Walter Russell Mead. Obama’s defenders, he writes,

must also squirm; in general, President Obama succeeds where he adopts or modifies the policies of the Bush administration. Where (as on Israel) he has tried to deviate, his troubles begin.

He writes the following:

The most irritating argument anyone could make in American politics is that President Obama, precisely because he seems so liberal, so vacillating, so nice, is a more effective neoconservative than President Bush. As is often the case, the argument is so irritating partly because it is so true.

President Obama is pushing a democracy agenda in the Middle East that is as aggressive as President Bush’s; he adopts regime change by violence if necessary as a core component of his regional approach and, to put it mildly, he is not afraid to bomb.

And finally, the heart of Mead’s case:

In many ways we are living through George W. Bush’s third term in the Middle East, and neither President Obama’s friends nor his enemies want to admit it. President Obama, in his own way and with his own twists, continues to follow the core Bush policy of nudging and sometimes pushing nasty regimes out of power, aligning the US with the wave of popular discontent in the region even as that popular sentiment continues to dislike, suspect and reject many aspects of American power and society. And that policy continues to achieve ambivalent successes: replacing old and crustily anti-American regimes, rooted deeply in the culture of terror and violence within and beyond their borders, with weaker, more open and — on some issues at least — more accommodating ones.

In Libya, as we have seen, a humanitarian effort became, in reality, a use of force to promote regime change. True, he moved too slowly, and casualties may have been avoided had he promoted his real aim from the start. And in Syria, he began by proclaiming Assad a “reformer,” only to finally, in the past few weeks, call for the Syrian dictator to step down. Yet, as Mead concludes, “half way through President Obama’s tenure in office, we can see that regime change and democracy promotion remain the basis of American strategy in the Middle East — and that force is not excluded when it comes to achieving American aims.”  So Mead writes — somewhat I think with tongue in cheek — “the Bush-Obama agenda marches on.”

Writing in the Washington Post Reuel Marc Gerecht and Mark Dubowitz present more arguments similar to those invoked by Mead. As they put it:

President Obama used American power to liberate a Muslim people. Like George W. Bush, Obama came into office with a narrower, “humbler” conception of America’s interests abroad. In his first visit to the region, he confused the majesty of Islam with the dignity of Muslim potentates. Sept. 11, 2001, transformed Bush. We must wait to see whether the Great Arab Revolt has permanently changed Obama.

The final answer is not yet in, but these authors argue that the reasons for supporting the Syrian opponents of Assad are as great as those used by Obama for wanting to save the people of Benghazi, whom Qadaffi had threatened. Aligned with Iran, and headquarters for Hezbollah, Syria is a greater threat to the U.S. and the region than was Libya. Forcing the end of the Assad regime may be easier. Rather than use military resources, it can be done with tougher sanctions, along with arm twisting of European allies. And, they point out, the U.S. can now give funds to the united Syrian opposition, which includes striking auto workers. It can also provide communications hardware, including wi-fi equipment.

Barack Obama is the son of an African Muslim and an American woman who dedicated her life to the Third World. He is tailor-made to lead the United States in expanding democracy to the most unstable, autocratic and religiously militant region of the globe. The president obviously hasn’t seen himself as that kind of “friend of Islam.” But the Great Arab Revolt is transforming the way Arab Muslims see themselves. It may do the same for Barack Obama.

This means, as Michael Ledeen points out on his PJMedia blog today, the Syrian regime is the main danger to our interests, along with Iran, and as he writes, “if it’s right to intervene in Libya to stop the carnage, is there not even more reason to stop the greater carnage in Syria and Iran?” And the means to help them is the same taken by the Reagan administration, of which Ledeen was a part, when it gave overt aid to the anti-Communists Solidarity members in Poland. It does not have to be via bombing or troops, but through the kind of support and aid that Ledeen has long advocated.

Finally, I offer some thoughts on an obvious problem. If Obama is pursuing policies similar to those taken by George W. Bush, why do we not see any giant protests against him from the Left, of the kind regularly seen during the Bush years? Where are Cindy Sheehan, Michael Moore, the anti-war marches on Washington, the condemnation of Obama for killing civilians in drone attacks, for keeping Guantanamo open, for using rendition, and for giving up on civilian trials of terrorists and proceeding with military tribunals?

All of these were brought up day in and day out against the Bush administration, and now we have nothing but silence. Does the Left really think that all they screamed about is now good, because this time it is being carried out by an African-American president whom they supported?

Of course, the Left was always wrong when it condemned Bush and Cheney. While the president may himself reevaluate his position and move from where he started out, as Gerecht and Dubowitz hope he will, the organized left wing will not. I think that their quiet is motivated only by one thing alone — to attack President Obama is to, in essence, attack their own cadres, whom they pushed to do the hard work in 2008 to get Obama elected. To reevaluate openly is to harm their own credibility, so they prefer to remain silent and hope that no one will notice.

At least we know one thing now. At our present historical moment, contrary to Beinart, Jacob Heilbrunn of The National Interest, and others, we are now all neocons.

Ronald Radosh is an Adjunct Senior Fellow at The Hudson Institute, and a Prof. Emeritus of History at the City University of New York. He is the author or co-author of 14 books.