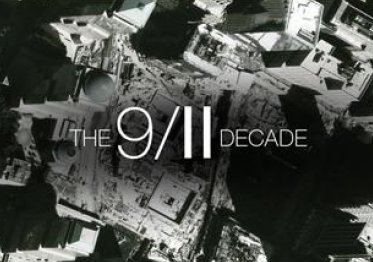 “Believe it or not 9/11 belongs to history now and this fact is in itself even scarier than what we know happened on that awful day, or what we did not know for that matter.” 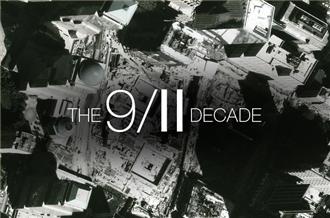 With the world commemorating the tenth anniversary of the mysterious and horrific collapse of the New York twin towers on September 11, 2001 and as I looked back to be swept up by the endless reflections of the tragic day, I suddenly realized that my perspective of 9/11, as well as everybody else’s I guess, has changed, simply because ten long years separate us now from this day.

Believe it or not 9/11 belongs to history now and this fact is in itself even scarier than what we know happened on that awful day, or what we did not know for that matter.

It only wouldn’t be so scary if what went down in history was the true story of 9/11.

This time recalling 9/11 was different.

This time I had to look not at the September 11, 2001, hideous attacks on the twin towers but on the ten years that have elapsed since.

This time I found myself not pondering over the terrorist operation but rather the history and the legacy it has left behind.

This time I found myself not inclined to reiterate the doubts, or rather the explosive scientific evidence of so many experts that strongly acknowledge now that 9/11 is not one inch close to what the white House said or the 9/11 commission has concluded to.

9/11 is not a story of 19 hijackers who miraculously managed to outsmart the world superpower with all its military might and the vigilance of its intelligence.

9/11 is not a story of hitting the heart of America while she was off guard, rather it is a story of yet another world scam wrapped up in lies and deception and sold to the huddled masses as the ultimate truth.

The official 9/11 narrative is a myth that is ready to go down in history as an unquestionable fact.

9/11 is the story of the world political vacuum that has been playing out since the fall of communism and the end of the cold war era, it is the story of western capitalism that has run wild and become almost unrestrained with bankers and corporate media controlling the political debate until it has recently fallen in the hands of the extreme right-wingers and ardent Zionists.

Bin Laden betrayed by his own God

9/11 is not about Osama bin Laden, the genius who allegedly preplanned, financed and steered this solo masterpiece from some cave in Afghanistan while he was purifying for his prayers during which he earnestly implored his god to assist him and his followers of mujahedeen in their perilous undertaking.

What Bin Laden didn’t know is that his god was not listening in the first place and that the near to perfection collapse of the towers ought to be credited to other gods that somehow managed to tap into his hideous plan and decided to give it some high-tech assistance and ultra-modern panache.

While Bin Laden and his 19 Muslim morons, equipped with knives and box cutters, were featured in this world premiere as the protagonists of the 9/11 deadly operation, the real and dreadful thing was being remotely controlled by other gods of war to whom Osama bin Laden was nothing more than a pawn to be moved at will and eventually sacrificed at the right time and in the right place. 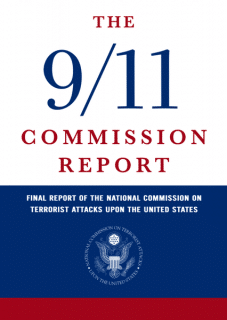 Looking the other way

9/11 is but another example of mankind’s follies of buying into fairy tales and finding relief and peace of mind in embracing those tales as true stories.

As the ancient man subscribed to the unbelievable stories of the exodus, the ten plagues of Egypt, the parting of the sea and the dramatic collapse of the walls of Jericho the modern man keeps this regrettable legacy of shallowness alive and fervently bought into the official story of the collapse of the twin towers and apathetically turned a blind eye to the mysterious collapse of the building 7, the smoking gun that not only defies the whole rationale of the 9/11 story but exposes the ugly conspiracy behind it naked for everybody to watch and discern.

But what good is that when most of the people are looking the other way.

What good are the modern archeological findings that proved that ancient Israelites never sojourned in Egypt, the exodus never happened and they never conquered the land when nobody bothers with contemplating history in the first place?

What is the use of all the talk about the free fall of the towers and the symmetrical collapse that proceeded through the path of greatest resistance, the molten metal, the thermite incendiaries and the evidence of explosives found in Ground Zero dust samples when the only retribution the Americans could think of is the head of Bin Laden rather than the call for another independent investigation of 9/11 based on the recently released scientific evidence of scholars and experts.

But again, why get into the troubling and brainstorming quest for the truth when we all could be cuddled up in the comfort of an official report issued by a government infiltrated by Zionists, exactly like the millions over the centuries who preferred the warmth of the tales and fables of ancient books that were made holy by some clever Hebrew scribes.

Why question the Israelites’ tales that defy the historical and archeological truth when we could queue up with the millions who are awaiting the rapture.

How could we succeed in our endeavors for better world peace and future when the world’s top politicians, hooked on Neoconservatism, are all obsessed with the end of times theology based on the establishment and the blind support of the Jewish state of Israel and when they are foolishly engaged in paving the way for an inevitable manmade Armageddon?

How could we say that the world is a safer place now that Bin Laden has been terminated and dumped in the bottom of the sea, when the world has been enduring through a piecemeal WWIII for ten years now under the false name of “war on terror”?

Operation Geronimo is not the end of 9/11; rather it is the termination of its truth just as Operation Northwoods was definitely not the last false flag operation to be pulled by the United States government.

The pseudo-authenticity of the official 9/11 story

How could we not recognize the terrible fact that 9/11, after a full decade, has become, with all the entailed hidden facts and conspiracies, a historical event documented down as a terrorist operation carried out by Muslim fanatics against the United States, the world leader and the beacon of freedoms of the western world.

“They hate us for our freedom” … thus concluded Mr. Bush, the most clueless president in the history of the United States, and foolishly reduced the 9/11 operation to a sordid case of hate crime in his speech after 911.

The fear is that the official story of 9/11, as tailored by ardent neo-cons and Zionists, will be taken for granted as a robust historical fact and a nonnegotiable rule of thumb in our socio-political debate from now on.

Ten years have added some sort of pseudo-authenticity to the official story of 9/11 as the millions around the world have come to believe it as what really happened on that memorable day. 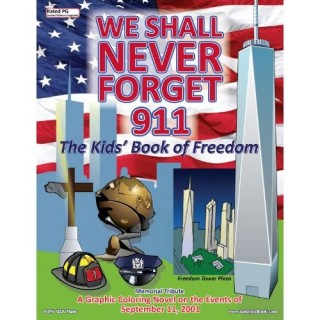 “We shall never forget 9/11” is a new coloring book on the market and it doesn’t feature cute animals or cartoon characters…it shows the Twin Towers burning and Navy Seals shooting Osama Bin Laden.

“In this coloring book that is being promoted as “the kid’s book for freedom” every single time Islam or Muslim is mentioned, it is done so in conjunction with radicals, extremists and terrorists” argued Mr. Walid

And when it was time for, Wayne Bell, the publisher of the coloring book to respond to the concerns of indoctrinating the American kids with the misguided concept of Islam and Muslims being the enemy of the United States and the culprits behind 9/11 he simply referred to the story of Bin Laden and the 19 hijackers and confidently said “This is history, it is absolutely factual. That’s what this book is all about.”

… And actually, that is also what 9/11 was all about for the hidden gods of war who orchestrated this masterpiece false flag.

Though I’m not taking sides regarding this coloring book debate but the thing that really struck me is the publisher’s content and absolute certainty that the official story of 9/11 is now a documented history and an absolute fact that cannot be questioned and that could be safely taught to our kids.

Now, if that is how 9/11 is going to be remembered in history, and if this story of hate is what we’re going to pass to our children about 9/11, in comic books, coloring books and movies … then we have every right to feel frightened not only from the horrors and deception that happened on that day but also from the legacy of delusions and intolerance it has left behind.