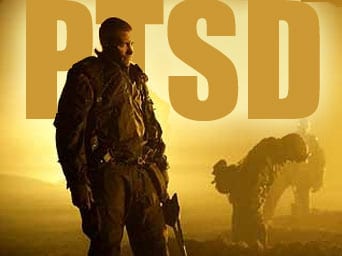 News Relevant to The Issues of Trauma and PTSD

Ten Years after the attacks on September 11th

The terrorist attacks on 9/11/2001 impacted us all. For many people these reactions have lessened over time. Others have continued coping with these feelings over the past 10 years. They are saddened by their losses and may find it difficult to get rid of upsetting thoughts.

It is common for traumatic reactions to re-appear or get worse on the anniversary of an event. This may be more likely, given all the publicity around the 10th anniversary. For most, these reactions will go away over the next few weeks. If they don’t go away, people may want to seek professional care. Treatment can help. Learn more about anniversary reactions and what to do.

What makes it more likely that someone will have severe or longer- lasting stress reactions after disasters?

News can help us with responding to disaster but also can have some harmful effects. Learn more.

Information from the New York City for rescue and recovery workers, children, and others.

Research at the National Center for PTSD

Staff at the NCPTSD Clinical Neurosciences Division have been working with researchers from Mt. Sinai on a large study of World Trade Center workers. Researchers found that one year after the attacks, PTSD prevalence was much higher than in the U.S. general population in a given year, which is about 4%. Prevalence was 13.5% one year after 9/11 (similar to that seen in returning Afghanistan Veterans), declining to 9.7% 5 years later. For more information, see:

Find out more about PTSD Research including the research done at the VA’s National Center for PTSD. Learn how research helps with the problem of PTSD and how you can help.

On the anniversary of the terrorist attacks on the Pentagon and the World Trade Center, here are two things that providers can do:

Research on traumatic effects of terrorism

Terrorism can challenge the natural need of human beings to see the world as predictable, orderly, and controllable. Research on the traumatic effects of terrorism provides insight and guidance on the prevention of traumatic stress reactions.

For a review of research on the psychological effects of 9/11, see this special issue 9/11: Ten Years Later, in APA’s flagship journal, American Psychologist. And watch for the next issue of the Journal of Traumatic Stress for a special issue on 9/11.

This year’s VA Mental Health conference provided an excellent opportunity to meet VA colleagues and Veterans interested in trauma and PTSD. Look on the EES website to view PowerPoints from the event.

If you or others you know missed the conference, another way to stay up to date is to sign up for our regular updates on PTSD. Please forward this PTSD Monthly Update to others you think may be interested.

President Obama: PTSD stigma must end. Speaking at the American Legion Conference, President Obama called for an end to stigma of Veterans with PTSD. He wants Americans to focus on better support for Veterans both during and after their service. Watch his speech.

Learn the power of a personal story in recovery from trauma and recognize the value of relationships, especially peer support.

Bridging the Gap between Research and Clinical Practice of Psychological Health and Traumatic Brain Injury:

Prevention, Diagnosis, Treatment and Recovery for the Iraq and Afghanistan Cohort

Sponsored by VA, DCoE, and NIH

Please encourage your colleagues and others to subscribe to this PTSD Monthly Update!

The Staff of the National Center for PTSD