Home Government Peace Talks and the Pieces of the Holy Land 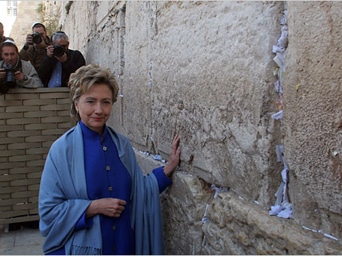 JERUSALEM —On Tuesday Israel announced plans for 1,100 new Jewish only housing units in the south Jerusalem settlement of Gilo, which is outside of the 1967 boundaries.

Gilo was conquered from Jordan in the 1967 War, along with East Jerusalem and the West Bank, and Israel later annexed it to the city of Jerusalem, a step that has never been recognized internationally, for every settlement is illegal under international law.

A year ago the Palestinians walked away from the “peace talks” after a 10-month Israeli moratorium on settlement construction expired.

Last Friday, the self appointed quartet — United States, the United Nations, Russia and the EU issued a statement urging the Palestinians and the Israelis to return to direct negotiations within a month, without preconditions. They did not mention any settlement freeze, but did call on both sides “to refrain from provocative actions” and to honor their obligations under the 2003 “road map,” that called for stopping all Israeli settlement building.

Although Israel has yet to define its borders, in 1988, the Palestinian Authority agreed to recognize Israel, reaffirmed it in 1993 during the Oslo Accords, and in 2007 Hamas issued another olive branch of recognition of Israel; but Israel has ignored all these offers to make peace.

On November 15, 2005, Senator Hillary Clinton stood on the Jerusalem side of The Wall and was quoted in Ha’aretz, expressing support for The Wall because it “is against terrorists” and “not against the Palestinian people.”

After I read Senator Clinton’s inaccurate and insensitive remarks in Ha’aretz, I immediately contacted her through her website. My email bounced back to me, for I am no longer a New York constituent. That really got my Irish up, for I was born in The Village and came of age in Levittown, Long Island, and that makes me more New York than the former Senator from New York could ever be.

I then snail mailed Hillary a respectful letter informing her that even a little one such as I, knew of many gaps and lack of ‘security’ along The Wall that every taxi driver and any would be ‘terrorist’ would also know about in order to travel from the West Bank to Jerusalem without stopping for SECURITY.

I also reminded her that we were in the midst of the UN Decade of Creating a Culture of NONVIOLENCE for all the children of the world.

The only response I received from Senator Clinton was to be put on the DNC’s mailing list soliciting funds.

In 2006, Israel’s nuclear whistle blower, Mordechai Vanunu sent this message and invitation to Hillary Clinton and USA Christians: 1:19 Vanunu’s Message to US Re: The REAL Wailing Wall

International Law states occupation is to be temporary and that the occupiers are not to transfer their population into occupied territory. And what RIGHT has anyone to put a fence up on somebody else’s property?

When The Wall is super-imposed on a map of Palestinian aquifers, it clearly illuminates that The Wall is all about grabbing land and resources from the indigenous peoples of the land.

It was Jeff Halper, American Israeli, a 2006 Nobel Peace Prize Nominee, Founder and Coordinator of ICAHD/Israeli Committee Against House Demolitions who first explained to me that, “Israel is a not a democracy but is an Ethnocracy, meaning a country run and controlled by a national group with some democratic elements but set up with Jews in control and structured to keep them in control.” [1]

On page one of Jeff Halper’s, Obstacles to Peace, A Re-Framing of the Palestinian-Israeli Conflict, he wrote, “Missing from Israel’s security framing is the very fact of occupation, which Israel both denies exists…and that “security” requires Israel control over the entire country…rendering impossible a just peace based on human rights, international law, reconciliation.”

During my first interviews with Jeff in 2005, he made me laugh out loud when he told me this joke-and jokes are only funny when they are also true- “Do you know why Israel does not want to become America’s 51st state? Because then they would only have two senators!”

But what really got my Irish up in 2007, with then Senator Clinton was that she went to Gilo, but NOT to Beit Jala!

Hillary said: “I went to see the fence with my own eyes. During a trip to Gilo, a Jerusalem neighborhood, I was greeted by Col. Danny Tirza, who was overseeing the construction of the security fence.”

I have seen “the fence” from both sides and reality is that it divides Palestinians from Palestinians with 25 to 30 foot high concrete slabs with razor wire, trenches, sniper towers, military roads, electronic surveillance, remote controlled infantry and buffer zones that stretch over 100 miles wide and deny Palestinians access to their land, families, jobs, and resources.

The Jewish only colony of Gilo is less than a mile away from the ancient indigenous Christian village of Beit Jala, which is a five minute car ride from downtown Bethlehem.

The Wall has eviscerated the sister cities of Bethlehem and Jerusalem and will soon completely separate Bethlehem from her sister villages of Beit Sahour and Beit Jala.

When The Wall is completed in this area, 4000 dunums of the areas most fertile land will be isolated in order to accommodate for the expansion and the building of the ILLEGAL colonies/settlements of Gilo and Har Gilo.

This growing ghettoization of Bethlehem is not only destroying ancient communities, it violates International Law, The Road Map, basic human rights and negates the possibility of a viable, sustainable Palestinian state.

The Wall is an APARTHEID Wall for it divides, separates, humiliates, dominates, controls and denies inalienable human rights to the indigenous people of the so called Holy Land.
Clinton also said, “Col. Tirza’s explanation in his graphic depiction of what was part of the daily life of people living in that one neighborhood, gave me an even greater appreciation for the imperative of the fence and the need to do everything possible to protect Israel against these continuing attacks.”

The simple truth is that in 2000, before the construction of The Wall began, there were less ‘attacks’ than in 2008!

Clinton was also conveniently clueless that in Beit Jala, in the year 2000, a few hopeless militants who had given up on the ‘peace makers’ of the West to demand Israel adhere to International Law, UN Resolutions and the UN Declaration of Human Rights-instead, infiltrated the Christian village to shoot into the illegal colony of Gilo.

Israeli Forces immediately retaliated and down descended hell fire upon the innocent ones caught in the crossfire of violence.

One such little one was George Nazzal of Beit Jala, whose 3 year old face adorns the banner of my website.

The shrapnel that blew apart the wall of George’s bedroom read “Made in USA” and was delivered via American made Apache helicopters that buzzed over his innocent head.

“Israel is a not a democracy but is an Ethnocracy, meaning a country run and controlled by a national group with some democratic elements but set up with Jews in control and structured to keep them in control.

“The Israeli government simply does not want to take responsibility and the USA government ignores the situation.

“Missing from Israel’s security framing is the very fact of occupation, which Israel both denies exists and that “security” requires Israel control over the entire country, rendering impossible a just peace based on human rights, international law, reconciliation.

“Israel has no constitution but has a Declaration of Independence which promised that Israel would abide by conditions and UN resolutions. They have not fulfilled the agreement which was the basis of their independence.

“One out of three Israeli children lives below the poverty line. It’s probably about 80% for Palestinians. Jews are like everyone else, those who have been abused grow up to be abusers. Things here have been turned on their head: its victim mentality and denial about the occupation. Once Israelis accept the fact that they are occupiers they will have to admit their State Terrorism.”

“It has been said that the Israeli’s do not love this land, they just want to possess it. There have been three stages to make this occupation permanent. The first was to establish the facts on the ground; the settlements. There are ½ million Israeli’s and four million Palestinians here. They have been forced into Bantustan ; truncated mini states; prison states.

“It is apartheid and Bush and Hillary are both willing collaborators. In 1977, Sharon came in with a mandate, money and resources to make the Israeli presence in the West Bank irreversible. The second stage began in April 2004 when America approved the Apartheid/Convergence/Realignment Plan and eight settlement blocs. This is just like South Africa! The Bush Sharon letter exchange guaranteed that the USA considers the settlements non-negotiable. The Convergence Plan and The Wall create the borders and that is what defines Bantustans . Congress ratified the Bush plan and only Senator Byrd of West Virginia voted no and nine House Representatives.

“Israel has set up a matrix of control; a thick web of settlements guaranteed to make the occupation permanent by establishing facts on the ground. Israel denies there is an occupation, so everything is reduced to terrorism. It is our job to insist upon the human rights issue, for occupied people have International Law on their side.” [Ibid]

Senator Clinton did say one thing I agree with: “It is not enough for us to say the right things; we’ve got to be smart and tough enough to do the right things that will protect American and Israeli interests now and forever.”

Tough and smart comprehends that the only way to security for Israelis is justice for Palestinians.

Tough and smart would demand an end to the occupation and ensure that all people do indeed have equal human rights.

No enduring peace, no security, and no reconciliation is even possible without the foundation of justice; which equates to equal human rights and international law.