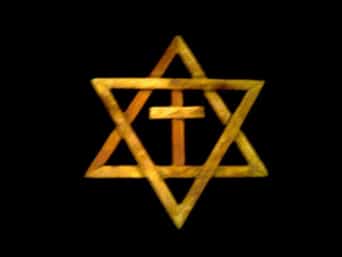 In my youth, the example most folks gave in order to explain the magnificent word oxymoron was “military intelligence.” This surely stemmed from ordinary swabbies, grunts and jarheads following tours of duty. First hand experience is a great instructor.

Now I take credit for using this word to best describe the Alice In Wonderland political landscape dominating the rubble of our American dream.

I labeled the born-again Christian Zionists, who were evidently born yesterday without ability to reason in their euphoria, oxymorons over the air back in early 1990s.

An oxymoron is where a modifier either cancels or contradicts the second word of a phrase; hence, a Christian cannot be a Zionist in any stretch of the meaning of Christian.

What the truth campaigns need is for the forces of culture to play a bigger role. Give me some musicians, football icons and narcisscistic “stars.” To suddenly see the Irony and sad truth of this oxymoron dominated milieu; thereby making it a household term and mocking the religio/politico power structure out of power.

This should be easy enough to accomplish, the culture has been prepped to mock Christ since the dawn of Talmudism. So a bit more mockery for a good cause should be easy.

Besides evil manipulators, like the Zionists behind all the crap, always overplay their hands with arrogant greed. We were reminded of this “law of greed” recently when Duff and crew posted the following in a response to one of my columns: Lucifer’s Pincers; Zionism and Humanitarianism

Judeo/Freemasonry has infiltrated and controls nealy every nation, government, religion, social institution and economy in both the Western and Eastern hemisphere. However, even a den of crooks united in their initial goal or mission, will ultimately turn on each other in order to have it all.

Imagine if Tim Tebow were a straightforward Christian who spoke out that Christians do not hate, but love, even enemies, and to call for bombs on others, anywhere, is totally un-Christianlike. Tebow would either lose his high profile, or folks would start to wonder for a change.

If the “common” culture would give the oxymorons the negative attention they deserve, we would see changes for the politically better happening. As it is the oxymorons cannot see that they are what they are: idiotic war mongers in the name of the Prince of peace.