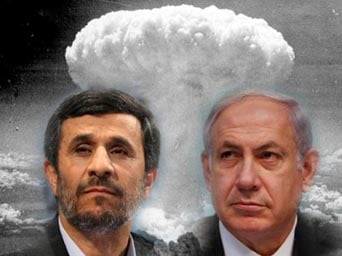 The smoking gun behind the rapidly accelerating covert campaign of assassinations, bombings and cyberattacks against Iran, is widely believed to have Israel pulling the trigger.

During Tehran’s morning rush hour on Wednesday, a bomb killed 32-year-old nuclear scientist Mostafa Ahmadi Roshan, who had been a department supervisor at the Natanz uranium enrichment plant. Roshan was the fifth scientist with nuclear connections to be assassinated since 2007.

Iranian officials immediately blamed both Israel and the United States.

Tommy Vietor, a spokesman for the National Security Council claimed, “The United States had absolutely nothing to do with this.”

Secretary of State Hillary Rodham Clinton “categorically” denied  “any United States involvement in any kind of act of violence inside Iran” and added, “We believe that there has to be an understanding between Iran, its neighbors and the international community that finds a way forward for it to end its provocative behavior, end its search for nuclear weapons and rejoin the international community. [1]

Many in the international community have been calling for a Nuclear Free Middle East-and world:

Many opine that the multifaceted covert campaign against Iran is the alternative to outright war and that sanctions have slowed down Iran’s enrichment of uranium and uranium is used to fuel nuclear weapons.

Defense Secretary Leon Panetta thinks that sanctions are “working to put pressure on [Iran] to make them understand that they cannot continue to do what they’re doing…Are they trying to develop a nuclear weapon? No.

The red line for this candidate for US House of Representatives is:

US and Israeli Nuclear Deceptions

Panetta won’t “take any option off the table. But the responsible thing to do right now is to keep putting diplomatic and economic pressure on them to force them to do the right thing and to make sure that they do not make the decision to proceed with the development of a nuclear weapon.

“I think they need to know that if they take that step that they’re going to get stopped.

“We made very clear that the United States will not tolerate blocking of the Straits of Hormuz. That’s another red line for us. And we will respond to that.

“I think, you know, our preference is that the international community, including Israel, ought to work together on this issue. We have common cause here.

“We’re not interested in them developing a nuclear weapon.

“We are not interested in them proliferating violence throughout that region.

“We are not interested in them trying to assist in terrorism.

“We are not interested in them trying to destabilize governments in that region or any place else. We have common cause here. And the better approach is for us to work together and not act.

“If the Israelis made that decision, we would have to be prepared to protect our forces in that situation. And that’s what we’d be concerned about.” [3]

What we the people of America need to be concerned about is America’s collusion with Israel in sabotage, such as the Stuxnet computer worm.

“Over the past two years, according to intelligence and military experts familiar with its operations, Dimona has taken on a new, equally secret role — as a critical testing ground in a joint American and Israeli effort to undermine Iran’s efforts to make a bomb of its own. Behind Dimona’s barbed wire, the experts say, Israel has spun nuclear centrifuges virtually identical to Iran’s at Natanz, where Iranian scientists are struggling to enrich uranium. They say Dimona tested the effectiveness of the Stuxnet computer worm, a destructive program that appears to have wiped out roughly a fifth of Iran’s nuclear centrifuges and helped delay, though not destroy, Tehran’s ability to make its first nuclear arms.

“How and when Israel obtained this kind of first-generation centrifuge remains unclear, whether from Europe, or the Khan network, or by other means. But nuclear experts agree that Dimona came to hold row upon row of spinning centrifuges…another clue involves the United States…an expert added that Israel worked in collaboration with the United States in targeting Iran, but that Washington was eager for ‘plausible deniability.’” [4]

The only plausible way out of this state of madness run by hypocrites in high places is a Nuclear Free Middle East and a world where all people are free and equal.