Home Veterans A Chat With Duff on VT 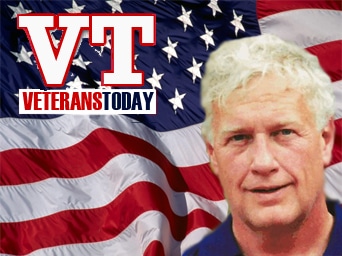 VT Belongs to You

What do I mean by that?  I recruit and train writers, do private lectures on history, give some intel access where “allowed” and write when I have time.  I have a job, defense, mining, construction and financing, Africa and Asia, and it allows me a shadow of a life.

VT, the publication Veterans Today is an enigma.  An intelligence agency took a look at us the other day and their head called me.  He had my file, which made him wonder why I wasn’t in prison somewhere, and noted that we weren’t entirely public.  We aren’t.

We belong to our writers and readers, much more than half of them never write a word, and are never seen.  They can’t let their names be seen.  They are supposed to run the world.  We all know better, nobody is running any of this.  I exist as something between “fall guy” and “patsy.”

Who this is for is the oddest collection of officials, some who had thought they had power and now know better, you know who you are, military and intel folks, very real dissidents, a few whistleblowers, a mix that shouldn’t exist.

The mix, pushed by me, is worldwide, has “blood enemies” on the same publication and has no editorial policy.  I have my own demands, qualified critical thinking and writing skill.

I am also a miserable SOB as many will tell you.

The work is done by managing editors, a large tech staff, enough to run any national news service, all volunteers.  Most days half of us want to quit.

What we did was move to the middle, stop connecting dots for others, insert rules as to how we express what we say.  We work, as much as possible, as a quality intelligence agency, putting out material that is useless to the vast majority of potential readers.

Strangely, our readership is frighteningly large.  People are so much smarter than I thought.

The one who learns here is me, readers teach me things every day.

The experience, for all of us, has changed us.  Who is us?  The staff is around 150 total with “stringers” in numbers you can’t imagine, countries few of you have heard of.  What we get is hard intel, leaks, dangerous material, too many things I filter to keep us from making dangerous enemies, from getting people killed and from becoming part of the problem.

I have learned to hate war.

There are names you don’t see.  I sit on top, too visible, like a “cult of personality.”  That isn’t me, I am a very private person.  I am simply OCD, I have to know everything, how it all works and, worse still, there are those who tell me.

Thus, inside VT are very real leaks, important things, seen no place else.  Some are mistakes, I am not the censor of the world here nor am I always right.  However, I try to be right and am trained to do so.

We also like the fact we have tons of power now, that we are read “on the hill” and around the world as the only source for anything factual or original.

This is why we cleaned ourselves up a bit but also kept our sense of humor, our touch of extremism and our air of plausible deniability.

This is a safety valve of sorts.

For those in government, the US, Britain, Israel, Pakistan, Germany and about a dozen contries that communicate using creative back channels, sometimes to praise, sometimes to mislead, sometimes to “conduit,” we exist and I am glad we do.

For those who simply want another view, one more human, one that fits with science and reality, we try.  If you only knew how many hours a week I get of lectures on science, physics, electronics, hardcore stuff.  I get no paycheck.

As we are growing, we are being faced with decisions on what we can and can’t print.  I learn things working I can’t put in public domain, it is illegal.

Other things are so far from even the wildest conspiracy theory, yet fit the science and logic, and I subject much of what we do to some very serious folks, I can see why our government lies so much.  I have hard science dumped on me that makes the world we live in senseless and oppressive, unnecessary and even evil.

I also, as we all do, have to fight the need for mythology and drama, buying the sound and feel of the story when truth can be figured out like math.

That we can do and is what we so often do.

My focus changes as I change.  Should we be saving the world or one child.  What is real freedom?  Is it worth dying for?

Then again, we return to the basics, what has mankind done, are we monsters?  Maybe.

Can we change?  I only hope there are more people smarter than me.  If so, we need you.

5. “Are We Done Yet?” Sony Pictures Home Entertainment.

7. “Are We Done Yet?” Sony Pictures Home Entertainment.