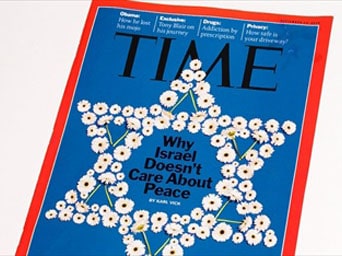 We can only wonder and imagine how our world would change if Israel chose peace—if it came to a peace with itself, with the Palestinians, with Arabs, and with the rest of the world, even the United States.

Just imagine what would happen to AIPAC, to ADL/BnaiBrith, to the Washington Institute for Near East Policy, the Middle East Media Research Institute, the Jewish Institute for National Security Affairs.

Imagine what would happen to the likes of Daniel Pipes, Alan Dershowitz, Abe Foxman, Elliot Abrams, Douglas Feith, Richard Perle, Paul Wolfowitz, Dennis Ross, Bill Kristol, and Elie Wiesel. What would these organizations and people have left to sell to the American Jewish community? Certainly not fear, hate, racism, anger, blackmail, Anti-Semitism, the Holocaust or Islamophobia. Perhaps they could sell kosher hotdogs and matzo ball, but never enough to raise tens of millions to control and influence Congress and media and silence First Amendment rights.

Just imagine…what would happen if Israel was at peace, with itself and the world? What would happen to members of Congress like Nancy Pelosi, Illeana Ros-Lehtinen, Joseph Lieberman, Eric Cantor, John Boehner, John King and John McCain?  What would these people do and how would they justify their membership in Congress with Israel no longer an issue and with Jewish money will dried up?

After so many years of ignoring the American people and America in favor of Israel and Zionist causes…after years of putting Israel First, would our representatives be able to go back to the people’s business—the people who elected them?

Would professional politicians like Newt Gingrich, Mitt Romney, Rick Perry and Rick Santorum make room in their agendas for the American people, and give priorities to issues impacting Americans such as housing, health care, education, employment, rebuilding our infrastructures, and rehabilitating dying towns and cities? Would they even recognize the America they have ignored for so long? Would they visit our neglected towns and rural villages before traveling to Tel-Aviv and Jerusalem?

Just imagine…what if Israel was at peace with itself and with its neighbors? Imagine the amount of money American taxpayers could save and how much funding could be directed toward schools, hospitals, college scholarship, bridges, day care centers, prenatal health care facilities, dental clinics in rural south, drug rehabilitation and job training centers.  Just imagine all the things we in America could do with the money we would save if our Congress chose not rob us of our tax money in favor of Israel.

Just imagine…what would happen if Israel is at peace with itself and with the world? The political blackmail and systematic intimidation of politicians and intellectuals would simply disappear. American and Israeli Jewish leadership would be lost for causes to blackmail world leaders…many nations and leaders would be free again.

Just imagine if the tens of billions of dollars spent on talented Israeli scientists, Israeli research and technology firms geared toward perpetuating war and destructions of infrastructures and human beings were instead directed toward peaceful technologies in the fields of pharmaceuticals to fight crippling diseases, or to improve farming and food productions. Can you imagine the benefits to Israel and the world?

Just imagine…what would happen to the likes of John Hagee and Pat Robertson and their mega churches? I have to wonder what kind of Sunday sermons would guys like Hagee and Robertson give to their congregation if there were no belief in an Armageddon that ends with the slaughter and conversation of Jews. Think of the money that could instead be directed by churches to improve the lives of members of their congregations and neighborhoods in San Antonio and Virginia Beach.

Just imagine what would happen if the money funneled to tens of thousands of so-called “terrorism and security experts” employed by the CIA, Homeland Security and other national security agencies was instead diverted to domestic needs and the needs of all Americans by securing their rights to a decent honorable life with a decent safety net in old age.

Yes, let us all imagine, Israel at peace, and how the lives of hundreds of millions of the people around the world would change.

Just imagine if America put itself first, instead of Israel.