Home History  Why It’s Worse Than It Looks and Why We The People Are... 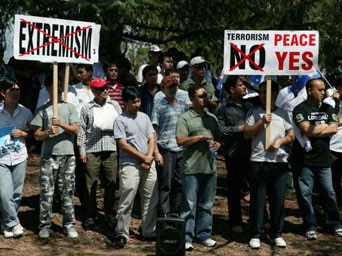 As I read “IT’S EVEN WORSE THAN IT LOOKS: How The American Constitutional System Collided With The New Politics of Extremism” co-authored by political science scholars, Thomas E. Mann and Norman J. Ornstein, I imagined our Founding Fathers rolling over in their graves over today’s lack of vision, dual citizenship’s and corporations who have become people under the god of rigid conservatism.

Partisan bickering and character assassinations have played a part in this Republic ever since the rebellious visionaries, dissidents and revolutionary Founding Brothers united a disparate group of colonists to rise up in solidarity to overthrow the British Occupation of this homeland.

George Washington was a No Party President, John Adams a Federalist and Thomas Jefferson brought in the beginnings of Democracy in collaboration with James Madison by founding the Democratic-Republican Party to oppose the programs of Secretary for the Treasury Alexander Hamilton and the Federalists, claiming elitist and monarchical tendencies.

Essentially the Federalists were for centralizing power in the federal government and the Democratic-Republicans wanted to limit the power of the central government as laid out in the Constitution.

Adams and Jefferson were not just revolutionary compatriots but also close friends, at the birth of America; however, our second and third president became estranged when Jefferson-writing under pseudonyms planted stories in the press attacking Adams and Federalist policies.

Not until they were both retired from government and only after Adams extended the olive branch by writing Jefferson a letter on New Years Day, did they reconcile with a prolific correspondence between them, until they both died within hours of the other on the 4th of July in 1826.

Today’s Democratic Party began in 1828 and the Republican Party developed in 1854 out of the remnants of the Whig Party.

Mann and Ornstein place much of the blame on today’s dysfunctional government and partisan bickering on John McCain, Newt Gingrich, The Young Guns led by Eric Cantor, and the 87 Tea Party freshmen; but the Democrats do not escape censure either.

Mann and Ornstein also catch us up on more recent history and I cite them here:

On 26 January 2010, the Senate voted down a bipartisan resolution to create a deficit-reduction panel that could have led to solving our debt problem.

Eight months prior Mitch McConnell and John McCain had supported the resolution along with 53 senators who had approved it, but the Republicans filibustered and among those who killed it “because President Barak Obama was for it, and its passage might gain him political credit” were McCain and seven other Republicans who had originally co-sponsored the bill!

Now, a filibuster in the US refers to an obstructive tactic to prevent a measure from being brought to a vote.

The most common form of filibuster is when a senator attempts to delay or entirely prevent a vote on a bill by extending the debate on the measure, but other tactics exist and the rules permit a senator, or a series of senators, to speak for as long as they wish and on any topic they choose, unless “three-fifths of the Senators duly chosen and sworn” [60 out of 100 senators] brings the debate to a close by invoking cloture under Senate Rule XXII.

A filibuster is also a type of parliamentary procedure where an individual extends debate, allowing a lone member to delay or entirely prevent a vote on a given proposal. It is commonly referred to as talking out a bill and characterized as a form of obstruction.

A cloture is also a parliamentary procedure aimed at bringing debate to a quick end or closure.

The debt limit crisis that followed eighteen months later “moved the dysfunction gauge sharply into the danger zone.”
The authors cite the Tea Party movement and “right wing insurgents determined to radically reduce the size and role of government [brought on] an appalling spectacle of hostage taking-most importantly the debt ceiling crisis” which led to the first ever downgrading of this nations credit and “blocked constructive action to nurture an economic recovery or deal with looming problems of deficits and debt.”

Short-term consequences led to the downgrading of Americas credit for the first time in our history.

Federal Reserve Chairman Ben Bernanke chided Congress over their actions and claimed, “The negotiations that took place disrupted financial markets and probably the economy as well.”

A New York Times survey that followed the debacle documented 82% of Americans disapproved of Congress.
The ‘debt limit’ was created in 1917 to facilitate Congress’s ability to raise money before WWI and by 1939 all spending requirements were pulled together to create a single over all debt limit.

Budgets are Moral Documents-for where ever you lay your money down proves where your heart is-and what we the people must demand of our elected officials is they must balance it- after all we the people pay their salaries!

In 1980, the Gephardt Rule was passed which automatically increased the debt limit with passage of a budget resolution that set spending and taxing levels.

When the Republicans took the House in 1995, they waived the Gephardt Rule and set up a confrontation with President Clinton with the threat to shut down the government to reduce spending.

That led to two partial government shutdowns and a backlash against Republicans.
In 2011, the Republicans repealed the Gephardt Rule.

Today’s adversarial politics puts party first which is NOT in the best interests of We The People.
One case in point is Republican Leader Mitch McConnell who opined why Congress needed to avoid default: NOT because it would cause economic hardship but because it would damage the Republican Party!

“I refuse to help Barak Obama get re-elected by marching Republicans into a position where we have co-ownership of a bad economy…If we go into default, he will say that republicans are making the economy worse and try to convince the public- maybe with some merit-if people stop getting their Social Security checks and military families start getting letters saying service people overseas don’t get paid. It’s an argument he could have a good chance of winning, and all of a sudden we have co-ownership of a bad economy.” – Mitch McConnell, July 13, 2011.

“Despite the fact that the majority of Americans, including a majority of Republicans, supported a broad deficit deal including increased taxes on the rich, the super committee Republicans, presumably along with the leaders who choose them, sided with the fringe ideological base. What better example of deep dysfunction?”

“The American people may have voted for a divided government but they didn’t vote for a dysfunctional one.”-President Obama

The authors back up with many facts that “the Republican Party has become an insurgent outlier-ideologically extreme; contemptuous of the inherited social and economic policy regime; scornful of compromise; unpersuaded by conventional understanding of facts, evidence, and science; and dismissive of the legitimacy of its political opposition.”
There’s much more in Mann and Ornstein’s text that we the people need to know, but my bone to pick with them is they lack peripheral vision and have no faith in No Party Affiliated Candidates or the Internet as the way out of this mess and that requires We The People take over The House!

Article. I. Section. 2. of the American Constitution affirms:

The House of Representatives shall be composed of Members chosen every second Year by the People of the several States, and the Electors in each State shall have the Qualifications requisite for Electors of the most numerous Branch of the State Legislature.

No Person shall be a Representative who shall not have attained to the Age of twenty five Years, and been seven Years a Citizen of the United States, and who shall not, when elected, be an Inhabitant of that State in which he shall be chosen.

The lingo is negative but what the Founding Brothers are saying is the only requirements to enter into the House is to be at least 25 years old, a citizen for 7 years and live in the State your District resides.

I opine that qualifies many Americans and all we also need is the desire to serve We The People for the people!
This fiscal conservative and social and spiritual progressive, is running an Internet only campaign and I claim the good news is that the pendulum always swings!

And we the people have NOT yet seized our RIGHTS as obligations until we truly hold “these truths to be self-evident: That all [people] are created equal; that they are endowed by their creator with certain unalienable rights…that, to secure these rights, governments are instituted among [people] deriving their just powers from the consent of the governed; and, whenever any form of government becomes destructive of these ends, it is the RIGHT of the people to ALTER or to ABOLISH it.” -July 4, 1776, The Declaration of Independence.

“You don’t need a weather man to know which way the wind blows” and “what’s blowing in the wind” this election year is Zeitgeist; the spirit of these times and the spirit of this age which is about raising CONSCIENCE with vision, intellect, culture, ethics, spirit and the political will to bring in Real Change We Can Believe In and YES WE CAN do it and YES WE MUST, because We The People are also up against the deepest pockets buying the most democracy!

“I am a firm believer in the people. If given the truth, they can be depended upon to meet any national crisis. The great point is to bring them the real facts.”-Abraham Lincoln

So, it’s all up to you mates; because all that Power cares about is keeping it for themselves and time is NOW for We The People to be The Boss!

Bruce Springsteen (NOT Bob Dylan) – Blowin’ In The Wind