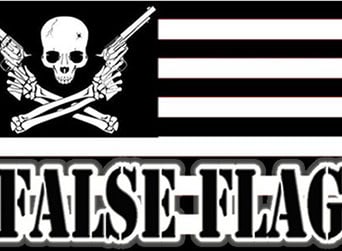 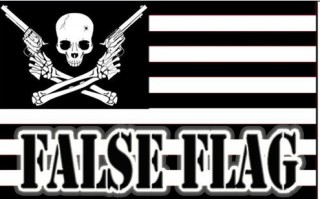 By Jeff Prager for Veterans Today

I’m not a physicist but I understand physics better than most. Not just any physics since the field is even more specialized than medicine. You wouldn’t see an endocrinologist for lower spinal surgery would you?

You also wouldn’t see a physicist preoccupied with the Bose-Higgson to evaluate the elements found in the 35+ dust samples taken by the USGS at Ground Zero. Specifically, thorium, uranium, strontium, barium, cerium, lanthanum, yttrium, potassium, sodium, antimony, molybdenum, magnesium, vanadium and several other elements were collected in dust samples mapped at Ground Zero and collected in double bagged procedure.

My specialty is nuclear demolition and even more specifically, fusion triggered fission devices of a micro-scale. Although I may be a layman I’m a retired layman and my hobby is reading. Granted, some folks my age love golf, or fishing, or hunting, or any myriad of hobbies and beloved passtimes. I read. All day. Every day. My personal philosophy not realized until my very late 40s, like 49, is that the purpose of life is to educate ones self and the primary sources of education based on Socrates and Plato’s philosophies is reading and dialogue or cordial argument between adversaries. Of course I can’t read along with you but I can provide you with some brief dialogue to consider.

We live in what I call the Age Of Depletion. Examine peer reviewed geologic data and copper is going to deplete in the near future, around 2040 or soon thereafter. Sooner than other natural resources. Copper powers everything and there are only very poor replacements; aluminum loses significant current to the atmosphere.

In the Age Of Depletion governments have access to the very latest science and they plan not just this year, next year and the year fater but 25, 50 and 100 years in advance and they develop contingency plans for every possible scenario that might develop. We could accurately state that they have plans A, B, C, D, E, F, G, H, I, J and  K with several more plans like REX84 and other such described executive measures to protect the elite, the wealthy, and the influential.

We also live in what I call the Age Of The Micro Nuclear Device. Interestingly, these devices don’t look much different than conventional large explosive devices except they’re quite small, and far more importantly they’re designed using a fission/fusion hybrid detonation mechanism which reduces residual radiation in three significant ways. First, total radiation is reduced by 97-99% and second, residual radiation dissipates in just days, a week at the most. Last, moisture, rain, flooding or water of any kind also rapidly reduces the radiation to almost undetectable levels.

The international nuclear treaties covered pure fission of plutonium and uranium. They do not cover hybrid fusion triggered fission devices of the type I described above. The global military industrial complex, intelligence agencies, shadow governments (your choice of terminology here) and influential wealthy criminal cabals needed to develop weapons that weren’t covered under international treaties and thus could be used with impunity. This was done. Micro sized fusion triggered fission devices work perfectly and aren’t covered by international treaties.

I mentioned the Age Of Depletion for a critically and crucial reason. We are in it. Lumber, water, petroleum, copper, the rare earth metals and certain other natural resources are in short supply when viewed across the next several decades. We have a hard time planning next month. Governments plan 25, 50 and 100 years in advance as I mentioned.

Bali, Beirut, the USS Cole, Mumbai and several other alleged terrorist bombings were false-flag micro-nuclear events perpetrated by intelligence organizations to further the agenda of regime change and the fraudulent and farcical War On Terror which now manifests itself in every country, the USA included. Micro nuclear devices were used in Oklahoma City and several other false flag terror events perpetrated by the rogue and not-so-rogue intelligence community.
Micro-nuclear devices are here to stay. Nuclear grenades. Nuclear golf balls. Nano-nukes. Just ask the 1000s of dead First Responders who have often died from not one, not two, but three rare cancers. Reggie Hillaire just recovered last year from thyroid cancer. He just came down with Multiple Myeloma, a rare blood plasma cancer that only afflicts people over 70. Reggie is under 50. Multiple Myeloma, non-Hodgkins Lymphoma, Esophageal cancer, Brain cancers, Pancreatic cancers, Leukemia and other forms of RAPIDLY developing cancer is seen in First Responders yet never before seen anywhere else other than Chernobyl, Nagasaki and Hiroshima.

This isn’t an essay to theorize that 911 was a nuclear event. It’s an essay to wake up America, perhaps the world, that highly sophisticated micro-nuclear devices not only exist but are used with some fair regularity. Nuclear physicist Dr. Christopher Busby found proof of these devices in the deserts of Iraq, specifically in Fallujah bomb craters and other local Iraqi areas using hair samples from many dozens of volunteers. Enriched uranium was used in Iraq. His report was published in a prestigious peer reviewed journal in the UK within the last few months.

911 was nuclear. It’s not the first nuclear event and it won’t be the last. Expect more. It’s inevitable. I believe a nuclear event will happen again in the USA.

Last, I’d like to make it clear as the sun rises that the newest micro nuclear devices look nothing like you might expect when detonated, leave almost no detectable radiation for more than a few days at most, sometimes only hours, require sophisticated detection equipment to distinguish and identify the rare isotopes and can often mimic the explosion of a small grenade. Don’t be fooled. These devices are used with great regularity.

Here is unequivocal and irrefutable physics, chemistry and mathematics proof that 911 was a nuclear event: