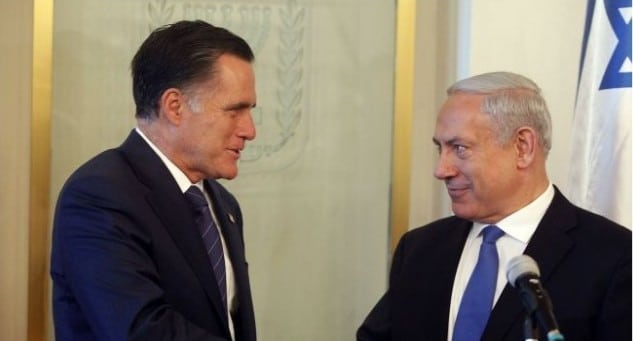 We have one thing in our news every day now, secret plans Israel leaks about their upcoming “shock and awe” attack on Iran. We don’t get it once a week, it’s a new story every 2 hours on every network, every paper. 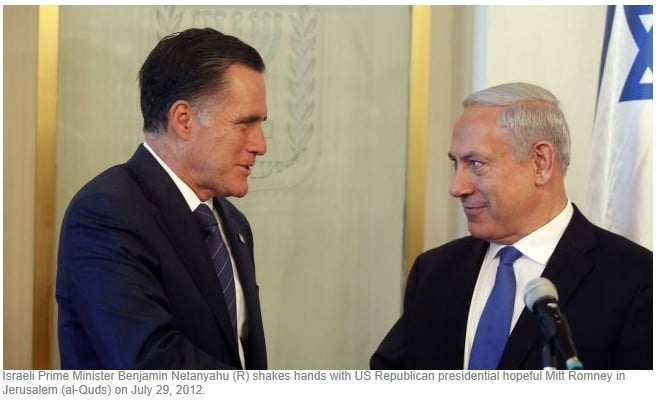 Then come the admissions, that Israel can’t attack anyone without America doing the fighting. We knew that all along. What Israel also knows is that no American will fight an Israeli battle again, not after Afghanistan and Iraq.

Israel’s candidate for President, Romney, isn’t doing well in the polls. The real polls have him up to 20% behind and Netanyahu is in a total panic. Obama, as we remember from the comments he made “off microphone” to Sarkozy hates Netanyahu.

Then we learned in a recent poll that only 4% of American Jews feel Iran is a threat of any kind. What that fails to mention is that the other 96% must believe something else, like Netanyahu is lying and that any additional illegal war in the Middle East will not receive support, not from them, not from other Americans.

Going even further, there are many Americans that see the idea of the US being ordered around by Wall Street and organized crime, time we admit that is who is calling for war, as treason.

To begin with, almost like we were dealing with a legal case, I will lay out a few facts. The challenge stands, if you can prove me wrong, please do so. Of course, I wish anyone good luck with that one.

Despite the Putin visit to Israel, the UN Security Council is not going to authorize an attack on Iran. Syria will demand Russia veto and a Chinese veto is a given.

Under those circumstances, any American president that acts without approval of the UN Security Council, as Bush did, will face impeachment.

Bush and Cheney destroyed all credibility the White House has to act unilaterally or to get blind support from congress, despite the very proven fact that AIPAC and the ADL are either paying off or blackmailing many members of the government.

The Murdoch/News of the World bribery blackmail scandal was a Mossad scandal, wiretapping and blackmail, not “hacking” and “tabloid journalism.”

When you expect newspapers, part of the problem themselves, to print accurate information about their ties to intelligence agencies, their slavishness, you have a long wait.

This leaves several real and critical issues in the Middle East that Netanyahu and his controlled press is trying to keep people from learning about:

One of the biggest issues is Netanyahu. He has lost the confidence of the Israeli military, has poor poll ratings but, in a political system where voting is rigged, a system flooded with Russian surrogate voters and election cheating, no other leader is capable of overcoming Netanyahu’s weaknesses.

His “hubris” has buried Israel, backed them into a corner where what was only threats of war may be the only way the extremist government can stay in power. The more unpopular Netanyahu gets, the more extreme and irresponsible his rhetoric and the more wild and conspiratorial his manipulation of press assets within the United States becomes.

He is already counting dead from a war he is incapable of even starting. How far can he go beyond this before totally destroying any credibility and good standing Israel may have left, even among the allies who had previously ignored Israel’s apartheid police state they claim is the “only democracy in the Middle East.”