Home WarZone Syria, Iraq and Iran: None Nuclear, All Besieged 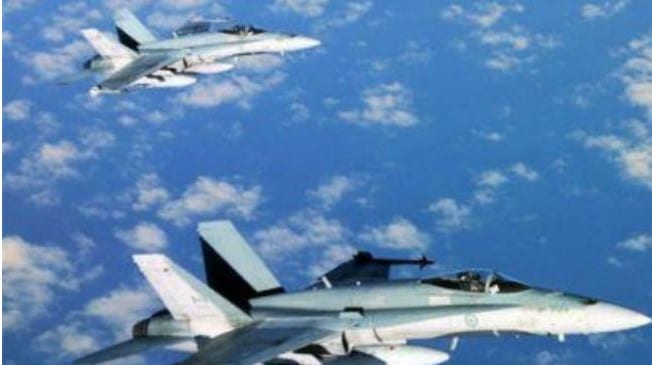 A Time for Leadership, at the Precipice

Three nations hold a key they may not know exists.  Three nations, Syria, Iraq and Iran, none of them nuclear powers, all besieged internally or externally but in this, we find the key.  Adversity, depredations of the invisible power brokers that dance NATO around like a toy, that have left the United Nations useless and broken, devoid of credibility, able to sanction and bomb but little else, are building a Frankenstein.

As with the 19th century romantic novel by Mary Shelly, those who would see themselves as gods have had their works turn on them.  Syria isn’t being crushed on schedule, Iraq said goodbye to their American occupiers not defeated as hoped and Iran has failed to diminish and crumble under sanctions so obviously illegal and insane that 120 nations would meet in Tehran joining in a voice of defiance unheard in a century or more.

The crazed concept of “Greater Israel” ruling a slave world of prison camps and a world manipulated and blackmailed by the Murdoch Mossad or the threat of the “Samson” nuclear option is less than a dream.

Time catches up with every one of us eventually.  Those who accept that survive longest and leave with grace.  Grace hardly describes Netanyahu.  Bipolar?  Worse?  Ask those who have tried to talk with him recently.  They say he has lost his mind, that he raves like a lunatic.

The Atlantic reported an “interchange” between US Ambassador Shapiro and Netanyahu this week.  Last week, Netanyahu started screaming at CJOS General Martin Dempsey who firmly and quietly humiliated Netanyahu.  8 hours later, Dempsey’s plane exploded on the tarmac at Bagram Air Force Base in Kabul after taking off from Tel Aviv.  Simultaneous to the explosion on the giant C 17, base defenses suffered a software attack, taking down key classified components.

Then the screaming match with the US ambassador was “outed” in the US press.  This is what the Atlantic reported:

Rogers told a Michigan radio interviewer earlier this week that he had not previously witnessed such a high-level confrontation, and he described Israeli leaders as being at “wits’ end” over what they see as President Obama’s unwillingness to provide them with his “red lines” in the effort to stop Iran’s nuclear program. He also said that neither the Israelis nor the Iranians believe that Obama would use force to stop the nuclear program

Rogers, speaking to WJR radio host Frank Beckmann, said the meeting, originally scheduled to be a discussion of intelligence and technical issues between himself and the prime minister, spun out of control when Netanyahu began lambasting Shapiro over the Administration’s Iran policy.

Increasingly, Netanyahu, no longer listened to by his own military, believes temper tantrums aimed at visiting American officials, some who depend on Netanyahu’s connections to Las Vegas organized crime bosses for election cash, will get him the war he thinks he has paid for.

Only two days ago, Israeli papers announced a “deal” between Iran and America.  Israel is telling the world America has betrayed them; asking Iran to spare American facilities in the Persian Gulf if a response to an Israeli attack is launched.

None of us live or die by Israeli news, but there is always a grain of truth somewhere.

Then America announced that the joint military exercises with Israel would be scaled back, down to one small ship, an AEGIS destroyer, one only, and 1000 men, not 5000.

This is after 7 months of delays, 7 months so far.  In reality, America would cancel the maneuver if it could.

Private sources tell us more.  The only American naval ship on maneuvers off Israel has unusual orders.  It has been authorized to destroy any approaching threat even if identified as Israeli and an American AEGIS, even a lone destroyer, is a very daunting target.

They have been told that Israel’s military and the government, now termed “militants” under the Netanyahu regime, are no longer able to work together.  After Netanyahu’s recent outbursts, American military leaders see him as a less than reliable military partner.

Nobody is publicly saying Netanyahu is a threat but almost everyone is privately saying it, in fact they are saying little else.

With his own military, generally closely allied to their American counterparts, also looking on Netanyahu as increasingly unstable and immune to reason it is difficult to avoid seeing what is not being said here.

The silent message even the Israeli press is reporting is that Netanyahu has become a liability.  Unless Sheldon Adelson is able to rig an American election, a re-elected Obama is unlikely to continue a special relationship with an Israeli regime hated by American Jews and at odds with Israel’s own military and intelligence leaders.

Politically, the Israel lobby may have support bought or blackmailed with Republican members of congress but their support among most American voting sectors is non-existent.  America is exhausted and blames Israel and Bush for a decade of war.

There is no significant support for our own troops in the field anymore, worse even than the darkest days of Vietnam.  In many ways, the real situation is not just disastrous but unjust.

Trying to talk America into another war is beyond insane.  There is no group in America that has any interest is even hearing Israel’s case.  It isn’t just total lack of credibility.  People just want to forget Israel exists, hearing the word has become painful in itself.  “Israel”

Military cooperation with Israel carries nothing but liability for an American president, not just in the Middle East but at home.  Not only is the electorate at total odds with Israel on the idea of a new expanded war, opposition that approaches 95%, but the military itself is deeply suspicious of working, not so much with the Israeli military but within range of militant factions within Netanyahu’s backers, particularly recent Russian immigrants, who believe a staged attack on an American force can and will always be “spun” against Iran.

There is fear that there may be an attempt to attack the American ship, a repeat of the 1967 incident where the USS Liberty was subjected to a day of brutal assault, killing or wounding most of her crew, hours of attack on a ship flying a 20 foot American flag.

Now there is suspicion, a belief that a suicide attack may be planned or that Israel may have brought one of their German built nuclear armed submarines around Africa and into the Mediterranean.

What has happened is that Israel has placed all her cards on the table, one big bet.  If Mitt Romney wins, the candidate of organized crime and the financial criminals of the world, Israel will be safe, with an American military to use as their own.  If Romney loses, every day Netanyahu remains in Israel will be a disaster.

If Obama wins, then General Martin Dempsey, the real power behind America’s military might, a man who despises Netanyahu will, as predicted so aptly, “allow the sands of time to bury the Zionist regime.”

An honest appraisal, as brought out by Ayatollah Khamenei during the recent Non-Aligned conference in Tehran called for a plebiscite in Palestine that would include even those who have been forcibly expelled through apartheid, a world the west has only ever applied to South Africa.

The issue Khamenei makes is why Netanyahu has “blown his top.”  There are 800,000 Palestinians remaining in Israel and another 4 million who were illegally expelled and whose lands were seized, all based on a fictional military history sold through Hollywood to place a smiley face on genocide.

The unseen equation is very different than Netanyahu’s extremism.  A democratic and just state, multi-cultural, openly recognized by all neighbors, with its first real constitution and legal borders would, in actuality, still be a homeland to Jews, just not a “concentration camp” for everyone else.

Israel has never been about people or religion or even terrorism.  All have been a carefully orchestrated “theatre of victimization” where the brutal oppressor cries out in fear, compelling stories of soap and lampshades, of knife wielding Islamic hoards and senseless extremism.

In the long run, you have to admit, controlling newspapers, movies, television and inventing wild and imaginative stories has had a power, that along with bribery and blackmail and, for many years it has served a powerful few, persecuted and destroyed the homes of millions and kept the world at the edge of war.

The edge of war but why?

The edge of war, as famous American bank robber, “Murf the Surf” would call it is the place to be “because that’s where the money is.”

War is profit, threat of war is profit, donated American weapons end up in North Korea, nuclear technology is spread around the world and an old man in Pakistan is blamed or the desiccated corpse of long dead Osama bin Laden reinvigorated using the magic of Hollywood.

War is distraction.  War allows banks to be looted, economies to be crushed, industries to be destroyed and debt, not billions, not trillions but thousands of trillions (qua-trillions) to magically appear, money owed, interest to be paid on demand to the ancient lending families of central Europe.

The promise of Obama’s speech in Cairo began to ring empty as drone attacks spread throughout the region, and seemingly blind obedience to the mythic absurdity of Israeli propaganda slid so easily from his lips too often.

The questions, America loves and supports Pakistan and treats her as an enemy, protects the terrorists that attack her cities, allows her economy to fall into decay.

Behind it all, for those with eyes to see, the suffering, the Palestinian people, exiled, attacked, while wars and threats of wars rage everywhere nearby.  Increasingly, their message is being heard, not because they have become wise or even beloved.

Palestinians are now receiving support, receiving belief because of Netanyahu, the “face of Israel” and his total lack of credibility.  Worse still, Netanyahu inspires hate among Israel supporters.