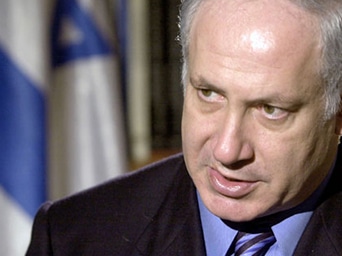 Does This Sound Familiar?

Most of us are aware that Israeli Prime Minister Benjamin Netanyahu has been pressuring the United States to stage a pre-emptive attack on Iran on behalf of Israel. He has been constantly beating the war drum claiming that Iran is near full development of a nuclear weapon.

Apparently many US congressmen and senators have fallen for this line of bovine scat or been threatened or blackmailed into cooperating with Israel. This deadly hoax has been repeated so often and so loud that many Americans have been fooled into believing that it is true. All of the world’s major intelligence agencies have unanimously stated that Iran does not have a nuclear weapons program and their research is strictly In the area of peaceful uses of nuclear energy. In fact  Ayatollah Ali Khamenei has given a fatwa against nuclear weapons. For those unfamiliar with the power structure in Iran, he is the real power broker. Iranian President Mahmoud Ahmadinejad is mostly there for show. His power is quite limited.

What many of us may not recall is that this drumbeat about Iran’s alleged nuclear weapons program began many years ago. Netanyahu is on record as early as 1992 claiming that Iran was “close” to having a nuke.

Scott Peterson at the Christian Science Monitor did a useful timeline for dire Israeli and US predictions of an imminent Iranian nuclear weapon, beginning 20 years ago.

1992: Israeli member of parliament Binyamin Netanyahu predicts that Iran was “3 to 5 years” from having a nuclear weapon.

1995: The New York Times quotes US and Israeli officials saying that Iran would have the bomb by 2000.

1998: Donald Rumsfeld tells Congress that Iran could have an intercontinental ballistic missile that could hit the US by 2003.

To add insult to injury, recently de-classified FBI reports have been released from a 1985–2002 investigation into how a network of front companies connected to the Israeli Ministry of Defense illegally smuggled nuclear triggers out of the U.S. The newly released FBI files detail how Richard Kelly Smyth, who was convicted of running a U.S. front company, met with Benjamin Netanyahu in Israel during the smuggling operation. At that time, Netanyahu worked at the Israeli node of the smuggling network, Heli Trading Company. In an obvious attempt to cover his illicit past, Netanyahu recently issued a gag order that the smuggling network’s unindicted ringleader refrain from discussing “Project Pinto.”

In his blog post of July 3, 2012 author Grant Smith offered the following synopsis:

As revealed in previously released FBI files and the tell-all book Confidential: The Life of Secret Agent Turned Hollywood Tycoon Arnon Milchan, the Hollywood producer was recruited into Israel’s economic espionage division (LAKAM) in his 20s and learned how to establish front companies and secret bank accounts for smuggling operations. Arnon Milchan encouraged Smyth, a California engineer, to incorporate MILCO in 1972 and serve as a front for the Israel-based Heli Trading’s (also known as Milchan Limited) acquisitions of sensitive military technologies on behalf of the Ministry of Defense. Smyth fled the U.S. after being indicted for violating the Arms Export Control Act in the mid-1980s. In July 2001, Smyth was arrested in Spain by Interpol and returned to the U.S., and in November, he was convicted of exporting 800 nuclear triggers (called krytrons).

FBI agents interviewed Smyth on April 16-17, 2002, at the U.S. attorney’s office in Los Angeles. The secret interview report details how during a trip to Israel Smyth was “spotted” by Milchan, who claimed he worked as an exclusive purchasing agent for the Ministry of Defense. Smyth was introduced around to high military officials including then-general Ariel Sharon. Smyth was also put in contact with Benjamin Netanyahu, who worked at Heli Trading Company. According to the FBI report, “Smyth and [Netanyahu] would meet in restaurants in Tel Aviv and in [Netanyahu’s] home and/or business. It was not uncommon for [Netanyahu] to ask Smyth for unclassified material.”

Milchan pulled Smyth into his glamorous, star-studded movie circuit. “While in the United States [Smyth] met with [Milchan] numerous times in Los Angeles. … Milchan and Smyth would have dinner frequently and would visit one another’s house often … it was quite common for [Milchan] to invite [Smyth] to various Hollywood parties and introduce [Smyth] to celebrities.”

During the 2002 Smyth counterintelligence debriefing, the FBI learned that the Ministry of Defense ordered and paid Heli Trading for krytrons. Heli in turn sourced them from MILCO in a clandestine operation codenamed Project Pinto. The report reveals how MILCO illegally shipped prohibited articles under general Commerce Department export licenses rather than smuggling them out via Israeli diplomatic pouches. The last time Smyth saw Milchan was in 1985. The Ministry of Defense issued a burn notice on Smyth after discussions with U.S. officials about the krytron smuggling. According to the FBI report, “Shortly thereafter, [Smyth] fled the United States.”

A March 2012 statement by the co-authors of Confidential claims that “Hollywood mega-producer and former secret agent Arnon Milchan has been asked directly by Israeli Prime Minister Benjamin Netanyahu and President Shimon Peres to avoid any public discussion of the book Confidential, asserting that the matter is too sensitive at this time.” Although the book’s authors point to the escalating tensions over Iran’s nuclear program, Netanyahu’s own hands-on involvement in nuclear weapons–related covert action against America is presumably a far more compelling reason for the gag order.

* The FBI referred an additional 164 pages of the Mandatory Declassification Review to another government agency — presumably the CIA — for further review. The additional pages will likely never be released. The CIA has refused requests for similar documents in order to preserve intelligence sources and methods abroad.