Home Veterans 2014 Is Only Two Years Away 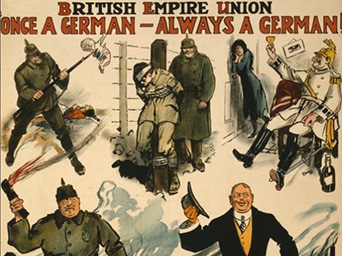 A significant event occurred this week in Britain.  There were significant events elsewhere of course, including in Danville Kentucky, where Vice-President Biden cheered up the troops at the cost of alienating independents with his rudeness and smirking.

David Cameron, a pro-European, was forced into starting serious preparations to commemorate the centenary of the outbreak of World War 1 in 1914.   Up till now the Cabinet Office has tried to keep these low-key – a refurbished war memorial here and there.  This is mainly because the Germans lost. 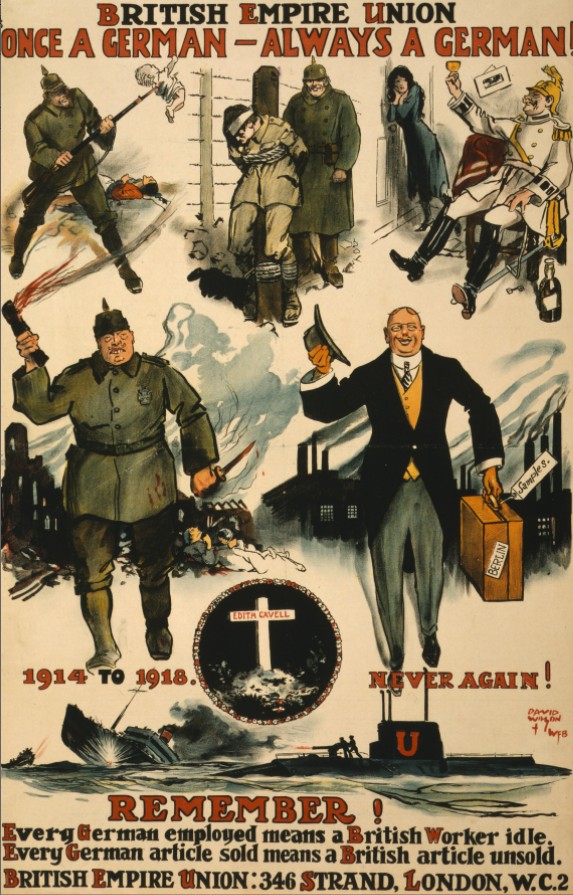 Germany started the war on August 1st 1914, by invading Belgium, in an attempt to outflank the French Army.   It became a world war when the British Empire (the Good Guys) joined in on August 4th, honoring Britain’s long-standing commitment to protect the rights of small nations.   It is important to make the point that Germany started the war, because Germany’s responsibility for this crime against peace has been diluted by a century of German propaganda.

It is also important that we acknowledge the centenary, not just of the great battles, such as the Somme and Jutland, where we defeated the ‘Hun,’ albeit at great cost, but also of major German atrocities.  The centenaries of the brutal execution of Nurse Edith Cavell and the sinking of the liner RMS Lusitania both fall in 2015.  A new generation needs to be made aware of the depths to which Germans can sink, not least at a time when Germany is on the warpath again.  The leopard does not change its spots.

A correspondent was kind enough to send me a helpful and informative poster produced by the patriotic British Empire Union after the Great War.  Its fundamental points – that Germany, with respect, is not fit to be a member of the civilized community of nations, let alone an ally of Britain and the United States, and its policy of predatory exports threatens British jobs – are as good today as they were then.

Edith Cavell was a loyal daughter of the Empire.  We stood with her in spirit when she was dragged in front of a German firing squad in the cold grey light of a Brussels dawn in 1915.  We shall remember when the 100th anniversary of her murder comes around, and for evermore.   We know that the words of reconciliation attributed to her by the German agent who saw her on the night before her execution are no more than German propaganda.  She hated ‘the Hun’ and rightly so, for the devastation he had wrought on poor little Belgium, the shameful rape of women in holy orders and the bayonetting of pregnant women.  Many, then and now, refuse to believe that German soldiers were capable of such brutality, but they were.

Unsurprisingly, Germany’s ‘Führer Frau’ Angela Merkel was greeted by Greek protesters with swastika flags in Athens this week.  For Germany politics is just another means of waging war.  Greece is almost as much under the German thumb now as she was in 1942.  The ‘founding fathers’ of the EU, Monet and Schumann, were both Abwehr agents during the war, working hard for a Nazi victory.  They worked for the DVD after the war.

The notorious Council of Europe, which controls the terrorist-sympathizing European Court of Human Rights, was originally a DVD front organization.  The European Convention on Human Rights was largely drafted by another German agent, Phillip Allen.  Notoriously, he was later responsible for rigging the outcome of the 1975 British referendum on EEC membership (we had central counting, and he was in charge of the count).  He should have been hanged in World War 11, after he penetrated the Cabinet Office for the Abwehr.

Unsurprisingly the Norwegian politician in charge of the ludicrous Nobel Peace Prize Committee, Thorbjörn Jagland, is connected to the Council of Europe.  The Committee’s decision to award this year’s Nobel Peace Prize to the EU has reduced it to an international laughing stock.  They have shamed not only themselves, but the Norwegian Parliament, which appoints them, and spat on the graves of the young Norwegians murdered last year on the orders of German Intelligence.   It is worth remembering that Vidkun Quisling – who would have been a strong supporter of the EU – was a Norwegian politician.

The Norwegians are a fine people.  We in Britain still remember the courage and skill of the men of the shore battery which sank the heavy cruiser Blucher in 1940, as well as brave men and women of the Norwegian Resistance, one of the leaders of  which I was privileged to meet, in the Special Forces Club in London.   Like ours however – and yours – their politicians are rubbish.

The award is built on a lie.  There has not been peace in Europe since the EEC was formed in 1957.  The Maastricht Treaty contributed directly to the break-up of Yugoslavia, which led to the Balkan Wars.  The EU has the blood of hundreds of thousands of Europeans on its hands.  Of course the French and Germans don’t think Balkan lives count.  We do.

Exactly which French President do the Nobel Peace Prize committee say would have invaded Germany but for the EEC?  Or are they saying West Germany would have attacked France, despite the security umbrella afforded Western Europe by America, Canada and Britain?   These people are crazy.  The EU has made no contribution to peace in Europe at all, none whatsoever.  NATO, Britain and America preserved the peace after 1945.

The EU is not only undemocratic, it has dedicated itself to undermining democracy in Britain and Europe.  It has openly attacked our Parliament and is planning a further assault on Europe’s democratic nation states.   It has caused division, re-opened old wounds and generated huge resentment against its controlling powers, France and Germany.   It must be broken up, along with NATO.