Home Investigations Netanyahu’s Dictation to US ” A Disgrace”

A US political commentator says it is a disgrace for the United States that a mass murderer like Benjamin Netanyahu can come to Washington and dictate to the American president what to do.

Dr. Kevin Barrett, who is one of the renowned US critics of Washington’s so-called war on terror, made the remarks in an interview with Press TV on Tuesday, a day after the Israeli prime minister met with US President Barack Obama and asked him to toughen sanctions against Iran over its nuclear energy program.

After meeting Netanyahu, Obama repeated his war rhetoric against the Islamic Republic, saying, “We take no options off the table, including military options, in terms of making sure that we do not have nuclear weapons in Iran.”

The Israeli regime is widely believed to be the sole possessor of a nuclear arsenal in the Middle East with more than 200 undeclared nuclear warheads. Tel Aviv has rejected global calls to join the nuclear Non-Proliferation Treaty (NPT) and does not allow international inspectors to observe its controversial nuclear program.

The US, Israel, and some of their allies have repeatedly accused Iran of pursuing non-civilian objectives in its nuclear energy program and have used the unfounded accusation as a pretext to impose illegal sanctions on the Islamic Republic.

Barrett said that a US president in his second term, such as Obama, should be able to resist Tel Aviv’s pressure and stand up for American benefit rather than Israeli interest.

“I would hope that these words of Obama’s are really just sort of empty words that he is feeding the Zionist lobby to try to keep them happy,” the political commentator stated.

“I think it is a disgrace to the presidency and to the United States of America that a criminal against humanity on the scale of Netanyahu, who has blood all over his hands in so many ways, who is actually a prime suspect in the controlled demolition of World Trade Center in September 11, 2001… he immediately went on television and said that… it is very good. That was his reaction to September 11… and then he caught himself and said well actually I meant it was just good for Israel,” he said. 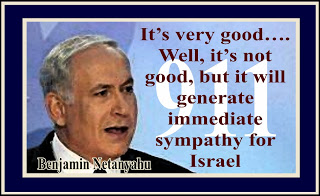 “But he was basically celebrating 9/11 just like the dancing Israelis who were caught at celebrating the success of the demolition of the Twin Towers in New York.

“Now it is just a disgrace that somebody like that can come to the United States and try to dictate to the American president how he should conduct his foreign policy. And more and more Americans are being outraged by this. We’re hoping that some day we will have a president with the intestinal fortitude to stand up against these Israeli mass murderers and big liars.”

Elsewhere in his remarks, Barrett said, “The Israeli lobby does not just have a lot of clout in Congress. It owns Congress outright; about half of the money that is contributed to federal candidates in the US comes from Zionists and it has very strong strings attached.”

“This has been going on ever since we heard from President John F. Kennedy who confided to his close friend Gore Vidal that he had been approached by Israeli lobby people who told him that if he would let them run his foreign policy, they would take care of all of his financial needs from then on. And the same thing has been going on ever since. Kennedy rejected the deal and that’s one of the reasons he was killed.”