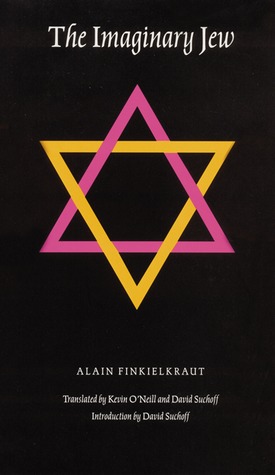 Along the second half of the 20th century many Jewish intellectuals, activists and artists positioned themselves at the forefront of Western advocacy of immigration and multiculturalism. Occasionally we were also expected to believe that immigration, tolerance, pluralism and multiculturalism are intrinsic to Jewish culture and thought.
But as the West became gradually aware of the scale of Israeli racism and intolerance towards migrant communities, more than just a few intellectuals were courageous enough to point at a clear discrepancy between the progressive ideas Jews claim to represent and what their Jewish State happens to be. There aren’t many countries that are more anti-immigration than Israel. The Jewish State is also very selective when it comes to multiculturalism. Israel happily integrated humus and falafel into its cuisine. It even let a few juicy Arab swear words into its emerging Hebraic dialect but it has been far less enthusiastic about Palestinian mourning their own plight and the Nakba in particular.
However, Jewish passion for immigration is clearly fading away these days. It is not a secret that mass immigration of Muslims and Arabs made many Western Jews feel uncomfortable to say the least. In recent years we have been monitoring rapid surge of Jewish involvement in anti-immigration political and intellectual activity. Some so-called ‘progressive’ Jews fight the veil in the name of ‘feminism,’ others insist on eradicating Islamic symbolic identifiers in the name of ‘secularism.’ I guess that even Jewish ‘progressive tolerance’ has its limits, especially when it comes to Muslims. However, Zionists are actually slightly more consistent in that regard: they openly ally themselves with ultra-nationalist groups such as the hawkish EDL. Anti-Islam positions are often promoted by Hasbara, interventionist and neocon outlets such as Harry’s Place. The xenophobic message is also disseminated via literature, academia and general media. Here in Britain, journalist celebrity Melanie Phillips published her notorious Londonistan.

The Wandering Who? A Study Of Jewish Identity Politics – available on Amazon.com  & Amazon.co.uk