So what, you say

So it’s an auspicious day to talk about the Illuminati’s penchant for the number 11.

I was introduced to Illuminati numerology by Captain Eric May, the Army Intelligence Analyst turned mainstream op-ed writer. I helped convince Captain May to come out publicly for the 9/11 truth in 2005 and published his “coming out the article” at MUJCA.com. Needless to say, that ended his career writing op-eds for NBC News.

When Captain May first told me it was no accident the Illuminati picked September ELEVENTH for their big human sacrifice, I thought he was out of his mind. He pointed out: “There are 911 days between 9/11 (2001) and 3/11 (the Madrid bombings), a notable fact, made all the more notable by the fact that 9/11 and 3/11 are numerically connected in another way:  the first numeric digits.  9 is the square of 3, as 3 is the square root of 9.”

It sounded like the John Nash character in “A Beautiful Mind.” Captain May explained that the Illuminati had put out “A Beautiful Mind” in 2001 as a pre-emptive strike against people like him who might figure out their 9/11 codes.

Was Captain May crazy, a genius…or both, like John Nash?

When Captain May came down with ALS (Lou Gehrig’s Disease) not long after taking on the “Synagogue of Satan” I took it as an indication that he might be on to something. 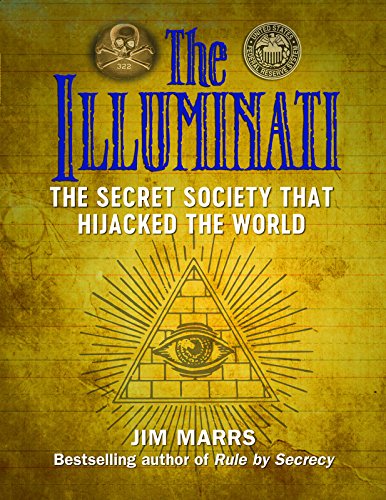 Then I started looking seriously at the evidence that 9/11 was a human sacrifice, and that the perpetrators were linked to freemasonry – which apparently rules Washington DC in reality, not just in Dan Brown’s imagination. I spoke with William Ramsey, author of a book arguing that the 9/11 perps were disciples of Aleister Crowley. I spoke with ex-Illuminati whistleblower Michael Adair and anti-Illuminati info-activist Henry Makow. And I did several interviews with Christopher Bollyn, who argues that the Jewish-Zionist freemasons of B’nai B’rith are the biggest force in freemasonry…and the logical suspects in the 9/11 coup d’état, a shock-and-awe operation that consolidated power over both the US government and the world of Freemasonry. (The spectacular demolitions of Jachim and Boaz were obviously a message to masons everywhere signifying a hostile takeover of The Craft.)

In the end, I had to admit that Captain May was right: The Synagogue of Satan that carried out 9/11 seems to have an affinity for the number 11.

So in honor of 1/1, here are 11 cases of Illuminati numerology.

1. The New World Order banksters introduced the Euro on 1/1 of 1999. Note that the digits “999” are not just “666” upside down, they also contain “99” which is a multiple of 11…and not just any multiple!  1/1/1999 does seem to bear an uncanny resemblance to 9/11, which a few years later became the biggest, most emotionally powerful numeric symbol in human history.

3. As mentioned earlier, the Twin Towers were obviously the Twin Pillars of Jachim and Boaz, the primordial symbols of freemasonry…which together formed a gigantic number 11.  This is probably the main source of the Illuminati’s fascination with 11.

4. Since in the decimal system 10 represents transcendence (i.e. God), 11 one-ups transcendence. In other words, it fancies itself better than God. Hence the Satanic fascination with “going to 11.”

5. The 2004 Indian Ocean tsunami – supposedly “the deadliest tsunami ever” – occurred on 12/26.   1+2+2+6 = 11.  An apparent NWO website offers “11 Facts About the 2004 Indian Ocean Tsunami.” Was this really a natural event? Or can seabed nukes and/or HAARP-style technologies trigger earthquakes and tsunamis? 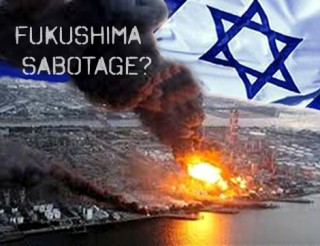 6. Though the 2004 tsunami killed 350,000, another unnatural-looking tsunami will eventually kill millions. That, of course, would be the “Fukushima tsunami” of 3/11/11. This date not only has two big fat juicy elevens, but it also bears an uncanny relationship with 9/11 and the subsequent 3/11 Madrid follow-up.  If you add up all the digits in 3/11/2011 you get “9”, and if you write the date in international style (11/3/2011) you get 11 3squared 11. Recall that in December 2010 the NWO banksters allegedly threatened to use an “earthquake weapon” on Japan if it didn’t hand them its Postal Bank, the biggest savings bank in the world. Was Fukushima the result of an undersea Israeli nuke plus Stuxnet-style sabotage?

10. Construction began on the Pentagon on 9/11/1941 – exactly sixty years to the day before the big human sacrifice. Note that “Pentagon” (pentagram) is the #2 satanic/Freemasonic symbol after the Twin Towers, I mean the Twin Pillars, of Jachim and Boaz. No freemason beyond the .0001th degree could possibly hear about an attack on the Twin Pillars and the Pentagram without getting the message. Note that a plane/missile describing a slightly curving flight path into a pentagram looks like a 9, just as the Twin Pillars form an 11.

11. Finally, as all VT readers know, Veterans day is 11/11, commemorating the eleventh hour on the eleventh day of the eleventh month of 1918 when the New World Order in general, and the Zionist occupation of the Holy Land in particular, began to arise from the ashes of European civilization.