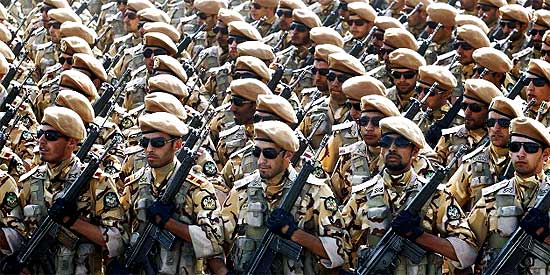 Iran:  Government Course on Foreign Policy and Concerns about the Opposition

[ Editor’s commentary: We welcome Elena Dunaeva with her first article from our NEO partners in Moscow. VT readers have been sharing their appreciation of the cross-pollination we have stimulated through sharing each others’ views, and growing wiser in the process.

She takes us into the maze of internal Iranian politics, with regard to those factions pushing for the nuclear accommodation with the West to escape sanctions and open Iran up to greater international trades, and those wary that too much might be negotiated away in the process.

Western media has generally not covered this aspect of the story, feeling that Western publics have neither the interest nor the ability to sift through a faraway country’s domestic power struggles.

As a reference point for Americans, most know very little about Israel’s contentious political infighting, despite the huge investment and long term commitments we have made there, much to our detriment.

What we hope will be a successful conclusion to the nuclear talks will have run the gauntlet of strong opposition both from inside Iran and in the West.

It is one heck of an irony that the major Iranian conservative forces are aligned in a way with the hardline Israelis in that goal… strange bedfellows indeed. We shall pray that wisdom wins out over passion… Jim W. Dean ]

While the IRI delegation continues the consultation with group 5+1 on the settling of an agreement on the universal regulation of the Iranian nuclear programme and the removal of sanctions, forces within the country have mobilised against these negotiations.

Since the earliest days of H. Rouhani’s arrival, the government has revealed a firm intention to refuse the aggressive policy of M. Ahmadinejad and to follow a more measured, realistic course of action, named “heroic liberalisation”.

Foreign policy authorities, having received a mandate from their leader to activate negotiations with the West regarding the lifting of sanctions to improve the economic situation, have successfully started this task off in several directions at once.

These included negotiations with the P5+1 group and MAGATE, tentative establishment of contacts in the US, the rebuilding of links lost during M. Ahmadinejad’s term in power with the Gulf States, the consolidation of relations with Russian and China, participation in the regulation of the Syrian issue and the activation of Iran’s role in Afghanistan.

The Minister of Foreign Affairs, M. J. Zarif, who succeeded in bringing the “nuclear question” out of the control of the Supreme National Security Council, led the negotiation process himself and managed in a very short time to get an agreement signed in Geneva (i), much to the delight of the Iranian people as a whole.

However, representatives from a radical conservative wing who previously controlled practically all branches of power and still retain a strong position within the country’s power structure have openly expressed their dissatisfaction with the development of events.

These forces, based around the IRGC and security organs, have received significant dividends from the sanctioned regime and, under the former president, had control over a considerable part of the country’s economics.

Naturally, the new government’s policy, directed towards the de-escalation of relations with the West, attracting foreign investors and returning European firms, and at the same time limiting the action of companies linked to the IRGC, represents a threat to the political and financial elite formed under M. Ahmadinejad.

Having understood that the success of negotiations will lead to strengthening of measured and reform powers, the radicals have embarked on a mission to discredit the new president.

Immediately after the signing of the Geneva Agreement, which in radical circles they are calling the Turkmanchay Contract (ii), the government was reproached by radical forces for its readiness to concede to the West, its rejection of the country’s achievements in the nuclear sphere and its legal right to the accumulation of uranium, and also of its betrayal of national interests and abandonment of the principals of the Islamic Revolution.

M. J. Zarif has become an object of constant attack from the conservative wing within the Majlis. They regularly call him to account and accuse him of exceeding his authority, of excessive compliance, of leading non-transparent negotiations, and of recognising the “holocaust”.

The radicals are undertaking attempts to once again seize control of the negotiation process, increase the number of negotiators at the expense of representatives of other organs of power, and to return the “nuclear dossier” once more into the hands of the Supreme National Security Council.

Their goal is not to allow any cut-backs to the nuclear and military programme which, in their opinion, could be a consequence of negotiations with 5+1.

The organisation “The Front of Fidelity to the Islamic Revolution” (Paydari), created in 2001, has become the organisational structure for the radical wing, having its own faction in the Majlis.

Within its ranks are former ministers, leaders of higher and middle rank – associates of M. Ahmadinejad, who rely on the support of one of the representatives of the higher Shiite clergy from an extremely radical sect; Ayatollah Mesbah-Yazdi.

The head of the Supervisory Committee Ayatollah A. Jannati is also an active leader of the radical line. This political spectre still controls the radio and television organization IRI and a whole host of central newspapers, which gives it plenty of opportunity to criticise the government and propagate its own views.

The radicals find support in the traditional circles in towns and villages. However, their main driving force comes from members of the “Basij” movement acting under the leadership of the IRGC. “Basiji” organise acts of protest, demonstrations, and distribute information and cds which are criticial of the government.

Members of the “student Basij” in Tehran have initiated a new group “Worried about the Geneva Agreement”, the formation of which was announced at a conference on May 3rd held on the territory of the former American Embassy.

Participants announced that the negotiations had led to “Iran’s centrifugal forces beginning to spin in the opposite direction”, and that H. Rouhani “is suspending the process of accumulating uranium every ten years” (iii) and is creating “scientific apartheid” (iv).

Although the spiritual leader clearly spoke out in support of the negotiators, such slogans as “Death to the Сompromisers” have been heard. The organisers of the protest movement have actively implanted the idea that the Geneva negotiations are aimed at the weakening of the country and should be viewed as attempts to sabotage the foundations of the Islamic regime.

It is without doubt that the radicals, seeking to return to power, are beginning a fight for votes in the elections for the Majlis and the Council of Experts due to take place in February 2016.

First, they will strengthen criticism of the government, then seek to turn the Parlament and other governmental and religious institutions against H. Rouhani’s moderate political line, and put pressure on the spiritial leader to limit the power of the negotiators.

However, any delay to the negotiations or backing out on the part of Iran from its accepted responsibilities will impede mutual understanding between the parties, strengthen the worries of the West about the possibility of the radical circle’s return to power, and lead to the increase of mistrust towards Iran among the international community and to the refusal to lift sanctions.

It could maybe even summon a return to the days of forceful means to solve problems such as these. Such a development of events is not in Russia’s interests, having invested itself significantly in the achievement of progress in these negotiations and demonstrating an interest in increasing cooperation with the IRI, especially in the economic sphere, which will lead to the strengthening of the two states in the region.

i. According to the agreements; the responsibilities, which the Iranian party is taking on will not be declared until the binding document has been signed.

ii. A contract drawn up in 1827 at the end of the second Russo-Iranian war by which land formerly belonging to Kadzhar Iran was transferred to Russia. It is still viewed in Iran today as the most enslaving of all contracts. Even the word ‘Turkmanchay’ in Persian is associated with collapse and ruin.

iii. In 2003 H. Rouhani, future leader of the Supreme National Security Council, led negotiations with representatives from Great Britain, France and Germany about the IRI joining the additional protocol of the NPT, during the course of which Iran took on the resposibility of stopping the process of accumulating uranium.

Elena Dunaeva, doctoral candidate of historical science, former member of the Institute of Middle Eastern Studies of the Russian Academy of Science (RAN), written on request for the internet journal, “New Eastern Outlook.”