Home World NEO – How are Frozen bank accounts used by the West?

The Way Frozen Bank Accounts are used by the West

[ Editor’s note: Sofia Pale takes us into the murky waters of asset confiscation and the under the radar scandal it has become. Identified and seized funds seem to remain under control of the banks holding them for their use for years and years.

When we first heard the stories of Gaddafi’s hidden stolen funds being run down by investigators, we expected a repatriation delay while the new government was going through its birthing process.

But here we are nearing the end of 2014, and we learn that the banks are still sitting on most of those billions.

An unknown part of this story is how the “non bank” assets of Mr. G have been looted via a “finders keepers” game. We first learned through our sources that entire warehouses of Gaddafi-stashed goods in France were just being grabbed by those lucky enough to get there first, with no, or “adjusted” accounting being made to the Libyan government.

Much of this was driven by a cold unfortunate reality, “If I don’t steal it, the next guy coming behind me will, so the Libyan people will never see it anyway… so better me than the other guy.” France of course might have felt they deserved to be refunded its out-of-pocket no-fly-zone expenses.

The public knows little about this, and governments and politicians like that just fine. Why?… because most of this “captured” wealth will end up in political coffers, which are always hungry, and that builds great loyalty when the loot is divided among the faithful… Jim W. Dean ] 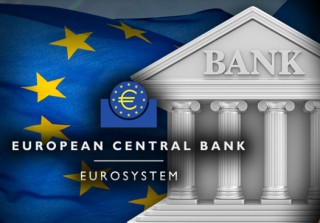 By 2005, thanks to the recommendations of international organizations for combating economic crime, Transparency International and the Financial Action Task Force on Money Laundering (FATF), as well as the UN, the OECD, and the European Union adopted the relevant directives, allowing to freeze bank accounts of the so called “politically exposed people” (PEP). The main task was to combat tax evasion and other financial frauds.

Since accounts of PEPs are usually registered in the name of nominees in offshore jurisdictions, sometimes it is very difficult to track the real beneficiaries officially (i.e., true owner of the accounts).

The UK was the first to address this problem in 2012-2013, by ordering its banks to disclose all real beneficiaries in their corporate registries. Britain has always been a favourite place for concealing illegally acquired funds of foreign PEPs. Soon, other EU countries followed its example.

It is because of these new rules that daughters of Uzbek President Islam Karimov lost over $1 billion in 2013. Since they are hardly able (even through the efforts at the government level) to prove the legality of such huge amounts of money, we can think that this amount will stay on the accounts of European banks forever. This case was not a unique instance after the introduction of the new rules.

Being inspired by the success of appropriating illegally acquired wealth of foreign PEPs who believed in the inviolability of their deposits in safe European banks until recently, Europe did not stop at that, and went further.

Following the successful example of the UK in February 2014, the European Union also adopted provisions for the establishment of registers of ultimate owners of companies and trusts in the EU countries.

Given that, according to the Bloomberg agency, more than $1 trillion is concealed from taxes in Europe annually, the “cash crop” is going to be rich for European banks. The rules have been tightened so much that the funds on the accounts are frozen in case of “suspicious transactions” at first, and then an investigation is conducted from what source – legal or not – the money was received.

To understand whether there is a chance to return the frozen assets to their countries of origin, we should turn to the recent past.

The most glaring example is blocking the assets owned by Libyan leader Muammar Gaddafi by banks all over the world in 2011.

According to official estimates, the amount did not exceed $150 billion, but new players on the political field in Libya claimed that it was a matter of at least $1 trillion, and they would like to see it in their country (or in their pockets, depending on the circumstances).

Be that as it may, the U.S. retained a considerable part of Gaddafi’s assets – $30 billion, calling it the largest freezing of foreign assets in its history.

However, soon the Netherlands, which had blocked $3 billion of the “Libyan Treasure” in their banks, “assigned” $100 million to Libya as a part of the WHO program, aimed at supplying medications and humanitarian aid to the country. The U.S. unblocked $1.5 billion; France unblocked $260 million, Italy promised to return $350 million for the restoration of the country.

Meanwhile, the assets of $2.4 billion in Canada, $1.7 billion in Austria, $1.5 billion in the UK, and modest $2.8 million in Germany remained untouched. This is not to mention Libyan accounts in other banks around the world.

However, after a simple addition of all these sums, it becomes clear that the lion’s share of Libyan funds remained in foreign banks. A number of foreign media publications called such a situation as “thoughtful plundering of the entire state”.

We need hardly mention that the death of the real beneficiary, M. Gaddafi, came in handy for the banks that had blocked Libyan money, as he would never be able to prove in what way – legal or illegal – he got these funds, and certainly, he would not be able to get even a small part of them.

Let us remember another quite recent attack of the Europeans on bank accounts with concealed beneficiaries – in Cyprus in March 2013.

According to preliminary estimates of Moody’s agency, concealed Russian owners of accounts in Cyprus could lose $19 billion on frozen accounts (at that, the European Union allocated $10 billion for the salvation of the Cypriot economy).

Fortunately, Russian interests in Cyprus were so strong that the board of directors of the Bank of Cyprus, the country’s largest bank, included six representatives of Russian business circles, who promised to organize the work of the bank and to restore the trust of Russian investors, at least partially.

The events in Cyprus led to an unexpected proposal from the Russian government for the establishment of an offshore zone with about 10% tax rate in the Far East. In March 2013, Russian Prime Minister Dmitry Medvedev announced an initiative for the creation of the country’s own “Cyprus” on the Kuril Islands or Sakhalin.

Then in October of the same year, he repeated his intention, talking about the prospect of creation of a free economic zone, of the Singapore type, as a variant for the development of the Far East.

While Russia thought about the development of an effective economic model capable of becoming useful for both, the development of business in the country and attraction of foreign capital, the United States continued to follow the old scenario, freezing accounts of its PEPs in Switzerland and of foreign PEPs in its territory.

Looking for various political reasons like the “Magnitsky List”, disgraced Ukrainian PEPs, rulers from the Central Asia, Latin America and Africa and their families, American treasury receives billions of dollars annually. It does not have to apply much effort for this, nor does it inform the world in what amounts and for what purposes it uses the money acquired in this way.

Other countries also followed the example of the United States and the European Union. In December 2013, Australia froze $30 million on the accounts of several Russians from Irkutsk, who transferred illegally acquired funds through China and Hong Kong and raised suspicions of vigilant Australians for that reason.

In January 2014, China will start mastering the practice of freezing suspicious assets, related to terrorist activities. Earlier in 2013, the Heavenly Empire blocked $1 billion in secret accounts of North Korean leader Kim Jong-un. By the way, Russia adopted this useful law in mid-2013, which also requires banks to indicate the identity of the true beneficiary of the account.

It is quite obvious that blocking assets acquired from a dubious source is a good way to replenish the state treasury. In addition, it is good because it allows to “kill two birds with one stone” – to reveal really criminal activities and… freeze them in time.

However, a number of countries, primarily the United States, have started using this instrument as an effective tool to “control” the activities of political leaders and activists in different countries. Their foreign bank accounts, carefully monitored with the technical capabilities of U.S. intelligence, have become a good lever to compel them into political activities advantageous for certain Western circles, otherwise such accounts may be frozen.

Another conclusion, which suggests itself – one should not tease foreign banks with their tempting capitals; one should keep them at home. In the case of Russia, one should wait for “Cyprus in the Kurils”.

After all, the Americans got their “offshore financial centre” in Delaware at last, where most major U.S. corporations are registered – and they have never regretted it.

Sofia Pale, PhD, Researcher at the Center for Southeast Asia, Australia and Oceania, Institute of Oriental Studies of the Russian Academy of Sciences, exclusively for the online magazine “New Eastern Outlook.”