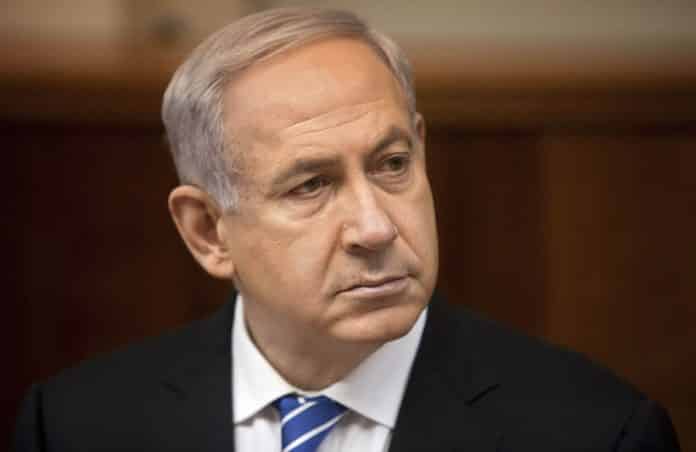 (Editor’s note:  Republished here after being published in Russia, this was our opening story on the Paris attack.  We got it right day number one.)

We have smoking gun evidence no one can refute that at least one aspect of the Paris terror attacks was theatrically staged. This reminds me of what a priest told me years ago, “You get caught having sex with just one little boy and they label you a pedophile.”

The internet is now filled with amateur exposes, one thing is different this time. Not only are the “amateurs” right, some of them are very right.

This week’s terror attack in Paris is simply “not credible.” The suspects, the ID found in the cars, the “easily sacrificed” target, has the smell of false flag terror. Europe, after all, has forgotten the Breivik attack of 2011 killing 77, a pure Mossad operation to punish a political group involved in the BDS boycott movement.

The French newspaper Le Point has already named ISIS as responsible. It is doubtful that anyone has failed to notice that ISIS is the most “Israel friendly” Islamic organization in the world. Could it be ISIS loves Israel for providing safe passage for jihadists, medical care, weapons, logistics and intelligence to the group that only attacks Israel’s enemies?

The cover up of the flight MH17 downing by a Kiev junta jet fighter, whether planned initially as a “false flag” or not, quickly became one when doctored satellite photos and phony video trying to blame Russia was quickly but carelessly produced.

The first thing asked when there is a terror attack is “who benefits.” No, the mainstream media doesn’t ask, intelligence agencies don’t ask either. They already know. 80% of the time one of them did it, either directly or through a terror group they either created and operate, like ISIS/ISIL or one they took over, perhaps like Boko Harum or Al Shabab.

No one ever asks where those satellite phones and new Toyota pickup trucks come from, as though they magically arrive from outer space.

There is another audience Israel may have been playing to as well. Only a day before, the Israeli backed Republican Party took over the US Senate with ISIS backer John McCain, recently cited for violating Syrian sovereignty to arrange meetings with ISIS and Al Qaeda leaders there.

From “The Onion,” a satirical American publication:

“WASHINGTON—Members of Sen. John McCain’s family expressed deep concern Tuesday after receiving word that the aging legislator had wandered off into Syria. “Unfortunately, this has been happening a lot lately; he’ll walk out of the Capitol building, get disoriented, and then we get a call late at night saying that John is in Syria,”

McCain’s wife Cindy said upon learning that her 76-year-old husband turned up in the war-torn country after ambling across the Turkey-Syria border and delivering a rambling, incoherent speech to a group of rebels. “Then one of us has to go to Syria, pick him up, and bring him back to Washington. We’re going to have to sit down soon and decide what to do about this before he seriously hurts himself.” McCain’s wife added that her husband’s recent trip to Syria was the most alarming episode for her family since the elderly Arizona senator got into his car, started driving, and ended up lost in the 2008 presidential election.”

Would an intelligence agency, Israeli or otherwise, have staged a terror attack to provide justification for the new US foreign policy that abandons any demands on Israel limiting West Bank settlements?

How much American military equipment given to Israel will end up in the hands of ISIS, regularly photographed using “seized Iraqi weapons” that were, in fact, never delivered to Iraq in the first place. The M4 carbines, Stinger and TOW missiles used by ISIS are all from Israeli stockpiles, gifts from the generous people of the United States.

As false flag terror attacks go, this is less imaginative than most. No buildings are demolished, no airliners vanish. By recent accounts, there hadn’t been a false flag terror attack in 4 days, the last when Saudi intelligence services attacked one of their own border crossings with Iraq, claiming a “700 man ISIS brigade encamped inside Saudi Arabia” to be the culprit.”

This “attack” occurred as Prince Khaled bin Bandar, chief of intelligence for the Kingdom of Saudi Arabia, arrives in Washington to downplay their backing of ISIS and sell the idea that the Kingdom is under threat.

The video of the attack, some of which are taken by Israeli journalists, not “dancing Israeli’s like at the 9/11 attacks, but equally incredible, clearly demonstrate that the attackers were using blanks.

In a video published on Liveleak, a close range “execution style” shows no blast effect or blood, from a weapon capable of devastating effect. (See YouTube demonstration of AK47 effect)

Ballistics experts consulted today describe videos of the French attack as “staged theatrical events.” Other than the suspicious HD video, experts have already noted that, without coming close to “conspiracy theory” dot-connecting, the weapons eject no shell casings, bullets supposedly hit concrete with no effect whatsoever, even from “point blank” range.

You see, the AK47 round, 7.62×39 is not only very powerful but typically has a steel core for penetrating body armour. When hitting concrete, an AK round throws up large chunks of debris, unseen in this event.

Preliminary analysis of the audio as well demonstrates a frequency indicating the subsonic report of a blank round. In an “urban canyon,” a supersonic round from an assault rifle creates a noticeable high frequency “crack” with a secondary “report” or echo, generally described as “crack-pop.”

It has taken only a few hours for press outlets to question perfectly timed HD video from a seemingly fearless bystander who is witnessing actors firing blanks incapable of operating the ejection system of a weapon, imaginary bullets that leave concrete pristine and blood free.

Those observing the video familiar with Paris note the spacing of the cars. In “real Paris,” there is no room to walk between cars, no wide spacing but rather total urban mayhem of motorbikes, touching bumpers and utter disorder. Another running joke in Paris is that the sidewalks are only cleaned before Bastille Day. Months later, trash and dog fouling turns Paris into an open sewer.

It is not unreasonable to assume we are seeing the equivalent of a “movie set.”

Terrorism, with real or imaginary dead, is a tool of chaos theory war and quickly propagandized. If real events can’t be “spun,” they are created. While there is no definitive analysis yet, and were there one, it would never be released to the public, the Paris attack of this week is, in the highest probability, not what it is meant to seem.

The Paris event became even less credible when attempts were made to find the scene. Not only can nobody locate the locale from the given address, there is, in fact, no area of Paris that resembles the video. Our own investigation of the scene found the “real” location to be a much narrower street with parking on one side only, heavily “tagged/spray painted” buildings and an area where sidewalks are lined with parked motorbikes, like every other section of the real Paris.

Please accept this conjecture as part of a hypothesis now supported by most of the facts; there are several feature film production companies working in Paris currently. We have just seen the work of one of them, perhaps we can call it “Taken IV.” This certainly is a sequel. We have seen it all before so many times.

Gordon Duff is a Marine combat veteran of the Vietnam War that has worked on veterans and POW issues for decades and consulted with governments challenged by security issues. He’s a senior editor and chairman of the board of Veterans Today, especially for the online magazine “New Eastern Outlook”
First appeared: http://journal-neo.org/2015/01/13/paris-terror-the-smell-of-false-flag/