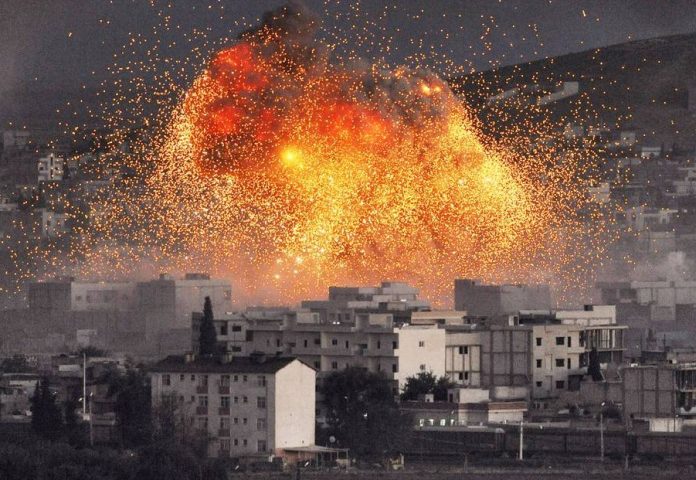 [ Editor’s note: Uri comes out of the closet today… big time!  “If Iran has a bomb, so what,” he says.  The Russians have lots of them. Has that stopped US aggression moving NATO over from defense to an offensive tool?

Has it made working on a color revolution in Russia to overthrow Putin too dangerous a provocation? Apparently not.

The Baltic countries have lined up to be tripwire cannon fodder in WWIII via their NATO deployment provocation, with a life expectancy of a few days after a war trigger would be pulled.

Did the EU fear that getting involved in the Kiev coup would risk the national security of the European people… or that their taking aggressive action on Russia’s border in a country with a huge Russian population, plus Moscow with all of those nukes, would have no possible repercussions? Apparently not.

So the old Cold War “mutually assured destruction” theme, which proved such a reliable brake on the pedal for the end of the world in the height of the Cold War, seems to have morphed into the current “game of chicken” in the New Cold War.

Uri is not only talking Israeli nukes and their numbers in the same paragraph… in the next one he is talking about Germany delivering another offensive first-strike advanced Dolphin submarine platform to Israel… without a mention in the world press.

This will replace the old sub sunk off the coast of Syria by a helicopter-dropped torpedo, which triggered the tactical nuke strike soon thereafter on the weapons storage and Syrian command center outside Damascus.

VT was the only media to break the story about the “ball lightning” in the fireball — a dead giveaway of a nuclear weapon. Thank you dear anonymous people who shot the video footage and loaded it on YouTube.

Uri drops another bomb today, corroborating what VT’s late nuclear expert Clinton Bastin briefed us on extensively — that even with weapons grade material, it would take years to develop the actual bomb technology, which no one has ever done without testing, unless another party supplied the finished design.

Uri says below, ten years to do it… exactly what Clinton Bastin said. Now Clinton of course was talking about a large plutonium bomb in a little package… not the large antique uranium ”gun type” bombs of the past, which many countries could produce if they so chose.

Left out of the Dolphin sub delivery news is anything about what an offensive threat they are, due to their small size and ability to run undetected for long periods on batteries. They can close in on a target silently to fire a mini-nuke tipped cruise missile and escape the same way, silently.

Pakistan has nukes, and India is not sweating bullets. Saudi Arabia has them too, and no one says a word, just as with Israel, although that seems to be changing.

But of these four nuclear nations, only Israel has used them on a number of occasions, and still “almost nothing” is said about that, another story broken only by VT — a story the corporate media would not touch with a ten-foot pole. Have a Happy Easter… Jim W. Dean ]

I must start with a shocking confession: I am not afraid of the Iranian nuclear bomb. I know that this makes me an abnormal person, almost a freak.

But what can I do? I am unable to work up fear, like a real Israeli. Try as I may, the Iranian bomb does not make me hysterical.

My father once taught me how to withstand blackmail: imagine that the awful threat of the blackmailer has already come about. Then you can tell him: Go to hell.

I have tried many times to follow this advice and found it sound. So now I apply it to the Iranian bomb: I imagine that the worst has already happened: the awful ayatollahs have got the bombs that can eradicate little Israel in a minute. So what?

According to foreign experts, Israel has several hundred nuclear bombs (assessments vary between 80-400. If Iran sends its bombs and obliterates most of Israel (myself included), Israeli submarines will obliterate Iran. Whatever I might think about Binyamin Netanyahu, I rely on him and our security chiefs to keep our “second strike” capability intact.

Just last week, we were informed that Germany had delivered another state-of-the-art submarine to the Israeli Navy for this purpose.

Israeli idiots – and there are some around – respond: “Yes, but the Iranian leaders are not normal people. They are madmen. Religious fanatics. They will risk the total destruction of Iran just to destroy the Zionist state. Like exchanging queens in chess.”

Such convictions are the outcome of decades of demonizing. Iranians – or at least their leaders – are seen as subhuman miscreants. Reality shows us that the leaders of Iran are very sober, very calculating politicians, cautious merchants in the Iranian bazaar style.

They don’t take unnecessary risks. The revolutionary fervor of the early Khomeini days is long past, and even Khomeini would not have dreamt of doing anything so close to national suicide.

According to the Bible, the great Persian king Cyrus allowed the captive Jews of Babylon to return to Jerusalem and rebuild their temple.

At that time, Persia was already an ancient civilization – both cultural and political. After the “return from Babylon”, the Jewish commonwealth around Jerusalem lived for 200 years under Persian suzerainty. I was taught in school that these were happy years for the Jews.

Since then, Persian culture and history has lived through another two and a half millennia. Persian civilization is one of the oldest in the world. It has created a great religion and influenced many others, including Judaism. Iranians are fiercely proud of that civilization.

To imagine that the present leaders of Iran would even contemplate risking the very existence of Persia out of hatred of Israel is both ridiculous and megalomaniac. Throughout history, relations between Jews and Persians have almost always been excellent.

When Israel was founded, Iran was considered a natural ally, part of David Ben-Gurion’s “strategy of the periphery” – an alliance with all the countries surrounding the Arab world.

The Shah, who was reinstalled by the American and British secret services, was a close ally. Tehran was full of Israeli businessmen and military advisers. It served as a base for the Israeli agents working with the rebellious Kurds in northern Iraq, who were fighting against the regime of Saddam Hussein.

After the Islamic revolution, Israel still supported Iran against Iraq in their cruel 8-year war. The notorious Irangate affair, in which my friend Amiram Nir and Oliver North played such an important role, would not have been possible without the old Iranian-Israeli ties.

Even now, Iran and Israel are conducting amiable arbitration proceedings about an old venture: the Eilat-Ashkelon oil pipeline built jointly by the two countries. If the worst comes to the worst, nuclear Israel and nuclear Iran will live in a Balance of Terror. Highly unpleasant, indeed. But not an existential menace.

However, for those who live in terror of the Iranian nuclear capabilities, I have a piece of advice: use the time we still have. Under the American-Iranian deal, we have at least 10 years before Iran could start the final phase of producing the bomb. Please use this time for making peace.

The Iranian hatred of the “Zionist Regime” – the State of Israel – derives from the fate of the Palestinian people. The feeling of solidarity for the helpless Palestinians is deeply ingrained in all Islamic peoples. It is part of the popular culture in all of them. It is quite real, even if the political regimes misuse, manipulate or ignore it.

Since there is no ground for a specific Iranian hatred of Israel, it is solely based on the Israeli-Palestinian conflict. No conflict, no enmity.

Logic tells us: if we have several years before we have to live in the shadow of an Iranian nuclear bomb, let’s use this time to eliminate the conflict. Once the Palestinians themselves declare that they consider the historic conflict with Israel settled, no Iranian leadership will be able to rouse its people against us.

For several weeks now, Netanyahu has been priding himself publicly on a huge, indeed historic, achievement. For the first time ever, Israel is practically part of an Arab alliance. Throughout the region, the conflict between Muslim Sunnis and Muslim Shiites is raging.

The Shiite camp, headed by Iran, includes the Shiites in Iraq, Hezbollah in Lebanon and the Houthis in Yemen. (Netanyahu falsely – or out of ignorance – includes the Sunni Hamas in this camp.)

The opposite Sunni camp includes Saudi Arabia, Egypt and the Gulf states. Netanyahu hints that Israel is now secretly accepted by them as a member.

I am not enamored with Arab military dictatorships and corrupt monarchies. Frankly, I detest them. But if Israel succeeds in becoming an official member of any Arab coalition, it would be a historic breakthrough, the first in 130 years of Zionist-Arab conflict.

However, all Israeli relations with Arab countries are secret, except those with Egypt and Jordan, and even with these two the contacts are cold and distant, relations between the regimes rather than between the peoples.

Let’s face facts: no Arab state will engage in open and close cooperation with Israel before the Israeli-Palestinian conflict is ended. Even kings and dictators cannot afford to do so. The solidarity of their peoples with the oppressed Palestinians is far too profound. 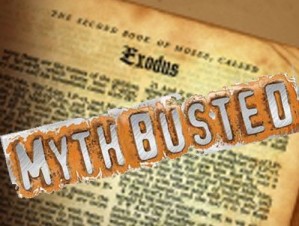 So if there is now a chance to establish official peace with Saudi Arabia and the Gulf States, and to turn the cold peace with Egypt into a real one, Netanyahu should jump at it.

The terms of an agreement are already lying on the table: the Saudi peace plan, also called the Arab Initiative, which was adopted many years ago by the entire Arab League. It is based on the two-state solution of the Israeli-Arab conflict.

Netanyahu could amaze the whole world by “doing a de Gaulle” – making peace with the Sunni Arab world (as de Gaulle did with Algeria) which would compel the Shiites to follow suit.

Do I believe in this? I do not. But if God wills it, even a broomstick can shoot. And on the day of the Jewish Pesach feast, commemorating the (imaginary) exodus from Egypt, we are reminding ourselves that miracles do happen.
___