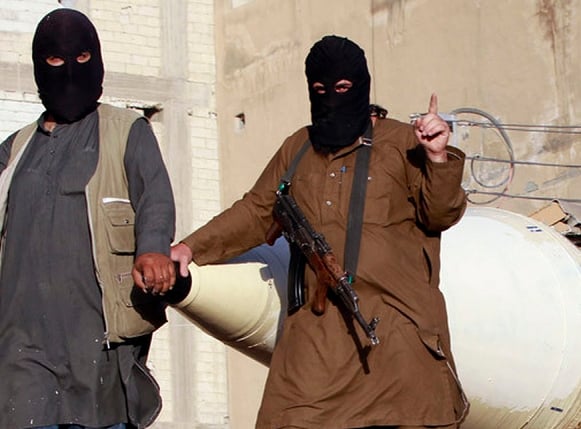 Photo by Reuters stringer embedded with ISIS, always carefully staged photos like this one
A research group within Islamic State is alleged to have developed and used warfare poisonous agents in the areas under their control. Russia’s Foreign Ministry says ISIS now has the scientific documentation necessary to produce chemical weapons.

“They’re using mustard. We know they are,” BBC cited an unnamed US official as saying, adding that the use of chemical warfare by ISIS has been registered on several occasions.

“We’ve seen them use it on at least four separate occasions on both sides of the border – both in Iraq and Syria,” the official was quoted as saying.

Prior to the emergence of ISIS as a major force in Syria, the country’s chemical warfare arsenals were successfully evacuated and destroyed on a special vessel in the Mediterranean Sea following a deal negotiated with Russia and the US, which both took part in this operation.

According to the BBC, the US intelligence community believes that most possibly Islamic State arranged for the production of chemical agents of their own.

“We assess that they have an active chemical weapons little research cell that they’re working on to try and get better at it,”the official told BBC, explaining that mustard agent is “not a complex chemical to produce.”

The BBC’s source also did not question the fact that the Syrian government handed over all of its 1,180 tons of declared chemical warfare stockpiles under the threat of US airstrikes in 2013. The process began in October 2013, and was completed by June 2014.

The mustard agent is believed to be produced in the form of powder stuffed into projectiles such as mortar rounds, the official said. 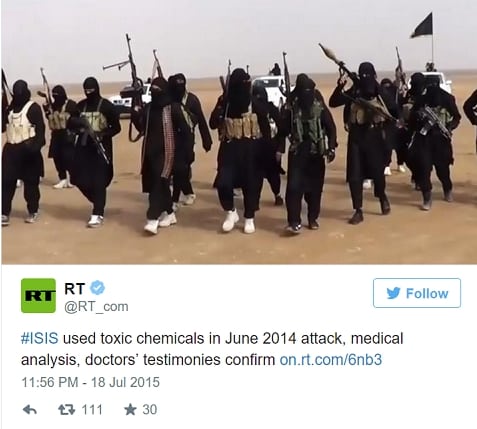 When the mustard agent powder is dispersed in the air after an explosion, it causes blisters when it comes into contact with human skin. It takes months to cure the sores caused by such blisters. Mucous membranes of the upper respiratory passages are severely damaged, while contact with eyes can cause loss of vision.

There is no antidote to mustard agent and the only treatment existing is the physical removal of the agent from the body.

“In particular, there’s information about ISIS getting scientific and technical documentation for production of chemical weapons, capture of chemical plants, recruitment of foreign experts for activities aiming to set up synthesis of chemical warfare agents,” Zakharova told a media briefing.

The spokesperson warned of the possibility of these chemical agents spreading outside of the territory controlled by ISIS and even beyond of the Middle East. Zakharova called on to the UN Security Council to react to the threat of trans-boundary terrorist activities, implying the use of chemical warfare agents.

On Monday, the UN Security Council called for the creation of an inquiry that will seek to prosecute those behind chemical weapons attacks in Syria. A resolution was unanimously agreed by the 15-member council.

Russia’s Ambassador to the UN, Vitaly Churkin, expressed the hope that the experts appointed for the task will be professional and objective in their work.

“We believe the decision made today is primarily preventive in nature and it will help to ensure that no toxic chemicals will be used as weapons in the future in Syria,” he said.