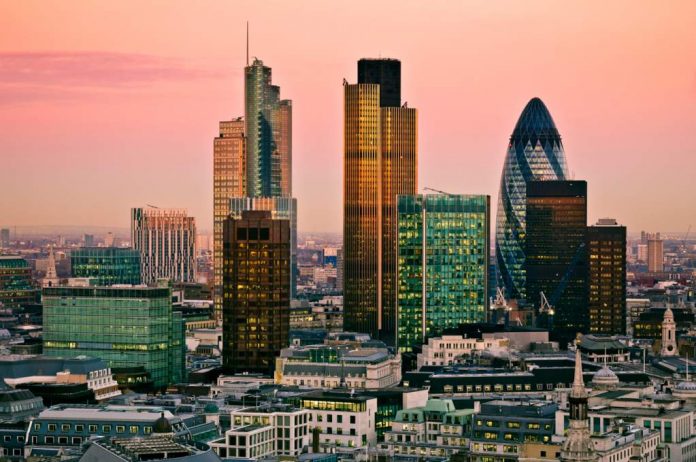 [ Editor’s note: The City of London has long been viewed as a pirate base. Lax money laundering enforcement has made it a mecca for the international crime syndicate for things like payoffs to politicians, who make sure that rules of disclosure will never change.

No one ever uses the term “criminal real estate boom”, but that is what it is, a short term gain for developers wanting to cash in during these hard time for what could be their last hurrah. As mentioned below, the average Brit gets priced out of the market.

British politicians, like everywhere else, know who butters their bread. Enforcement institutions do not engage in what is a virtual stand down unless they see the political establishment solidly behind it.

They then view it as a political issue for the voters. If they want enforcement, they have to put a government in that will push for it, rather than wanting a piece of the action… Jim W. Dean ] 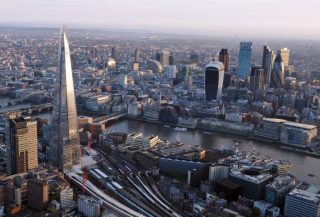 As it appears from the report recently published by the Bank of England, half of British banknotes are used for money laundering by criminal structures, or circulate abroad.

The British shadow economy covers, primarily, criminal activity which in addition to drug trafficking and prostitution, includes considerable monetary payments for such goods and services as, for example, construction works, which allows avoiding taxes.

According to the British publication’s estimates, the shadow economy makes up about 10% of the GDP of Great Britain. The fact that London is the world capital of money laundering has already been mentioned in the British mass media.

In particular, The Independent told its readers that billions of Pounds Sterling are laundered by criminals and foreign officials who buy expensive London real estate through offshore shell companies. Out of 36,342 private properties in London only recently bought through the shell companies from offshore zones, a huge number of the real estate was bought anonymously in order to hide stolen money.

According to London Police data, 75% of transactions on property are carried out through illicit companies by those persons, against whom criminal cases on charges of corruption were initiated. According to the information of the British Office of the Anti-Corruption Organization Transparency International, the flow of the “dirty money” led to an increase in average real estate prices in London and in its outskirts, thus an entire “world of expensive apartments and houses” that are inaccessible to ordinary people appeared.

Foreign criminals laundering billions of Pounds Sterling through the purchase of elite real estate in London and seeking to hide capital in the United Kingdom, actively participate in criminal business in Great Britain. Hence, during only the three summer months, according to The Times, the UK tax office received 150 million Pounds Sterling (233 million Dollars) from the purchase of such real estate by companies, trusts and investment funds.

According to information from Transparency International, each tenth household in London belongs to foreign offshore companies, many of which are used for money laundering. 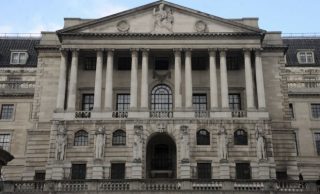 Influenced by criticism from the opposition concerning such activity of criminal structures in Great Britain, British Prime Minister David Cameron publicly declared his intention to fight against these corrupted foreigners who buy up elite real estate in Great Britain using illicit holding companies for concealment of the “dirty money” during his visit to Singapore at the end of July this year.

However, as numerous British observers note, the head of the conservative government has not made any essential steps in this direction to date, preferring to keep critical remarks that sometimes can be heard in his address silent.

Cameron is also diligently silent on the fact that London occupies the first place among the world capitals on the volumes of drug trafficking and money laundering. However, the acclaimed author of a recent best-selling book “Gomorrah”, the journalist Roberto Saviano, who wrote a book about the Neapolitan mafia, has openly stated that British banks and financial institutions are pointedly ignoring the “know your customer” rule, which would make it possible to prevent laundering of criminal profit from illegal activity.

This rule is one of the fundamentals in bank and stocks regulation for financial institutions and bookmaker offices, as well as for any other companies working with private money. It means that each financial institution has to identify and verify the counterparty personality before performing financial operation; however, for the British financiers it became an “excessive luxury” long ago.

Is it any wonder that in this situation, the National Crime Agency declares that “hundreds of billions of US Dollars” are currently being laundered through banks of Great Britain every year? Or about the fine of 1.2 billion Pounds Sterling that the British bank HSBC recently had to pay for money laundering for a Mexican drug cartel in 2012?

Apparently, this is the main activity for the current conservative government headed by David Cameron, rather than the improvement of the social status of citizens of the Kingdom, or concern of their medical care.